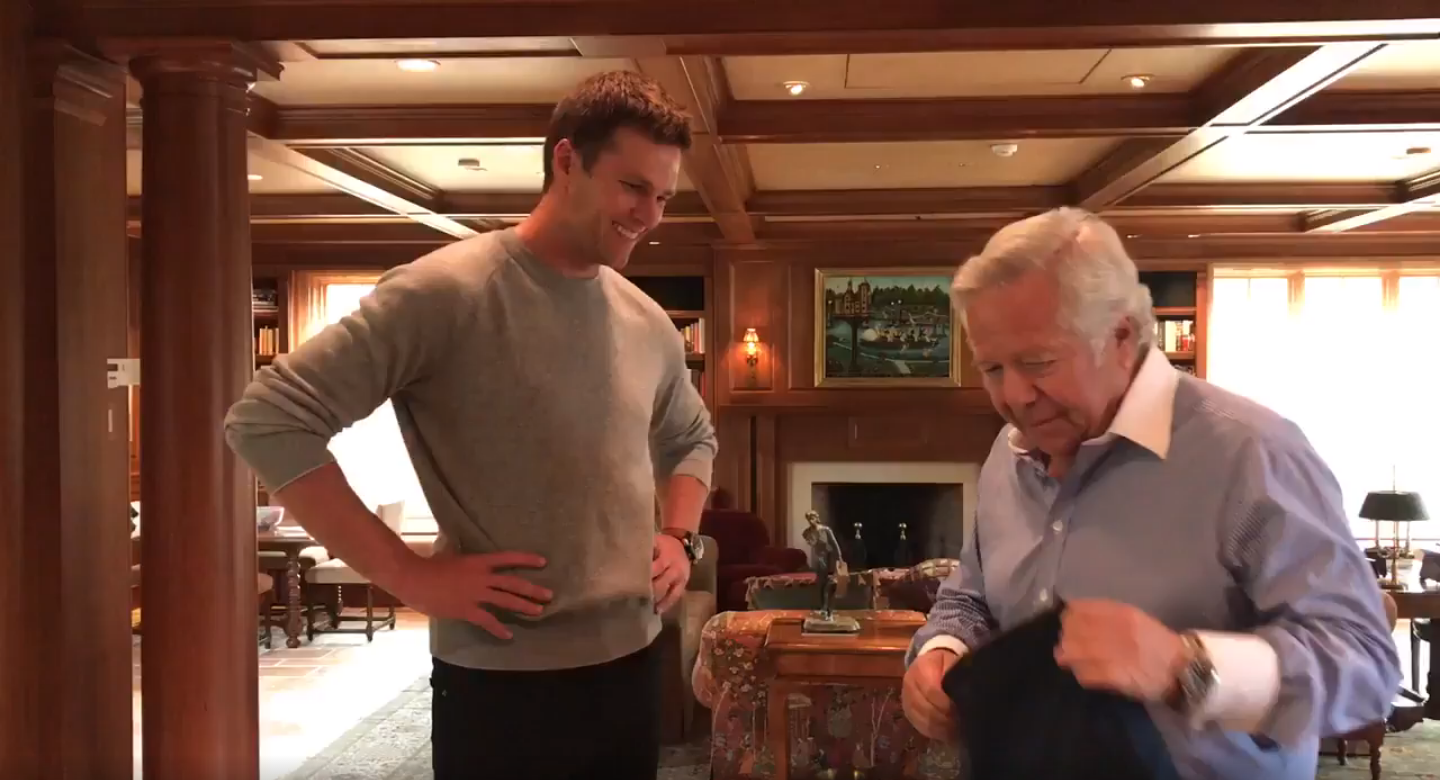 
Order has been restored. After law enforcement did a great job internationally to retreive Tom Brady's stolen Super Bowl jerseys from Super Bowl XLIX and Super Bowl LI, Patriots owner Robert Kraft presented Brady with both jerseys. Here's the video, via the Patriots on Twitter.

They're back! Robert Kraft presents Tom Brady with the jerseys he wore in Super Bowl XLIX and Super Bowl LI. pic.twitter.com/0AsuqS1j3Z

In any future Super Bowl victories, Brady might just decide to wear his jersey home.

Seriously, it's only right that the Super Bowl jerseys from perhaps the two greatest comebacks in the history of the big game are now where they belong.