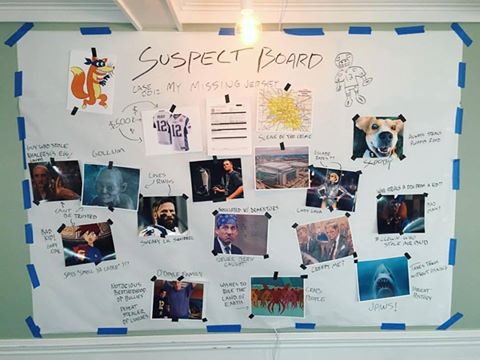 
After a month and a half, Tom Brady’s stolen Super Bowl LI jersey has been found. Jay Glazer reports that the FBI and NFL obtained the jersey and it is going to be returned to the Patriots. It apparently was in "foreign soil," and it seems like someone posed as fake media and planned to steal the jersey.

More details coming up later on @fs1 including FBI being involved bc jersey was on foreign soil, (cont) https://t.co/q3rPbJl17H

There was some fun to come out of it, including a suspect board posted by Brady on his Instagram. But seriously, it’s great that things will be back in order and the jersey will be returned to the Super Bowl LI MVP.

Statement on the recovery of @Patriots Tom Brady jerseys pic.twitter.com/3htT0kWhA6