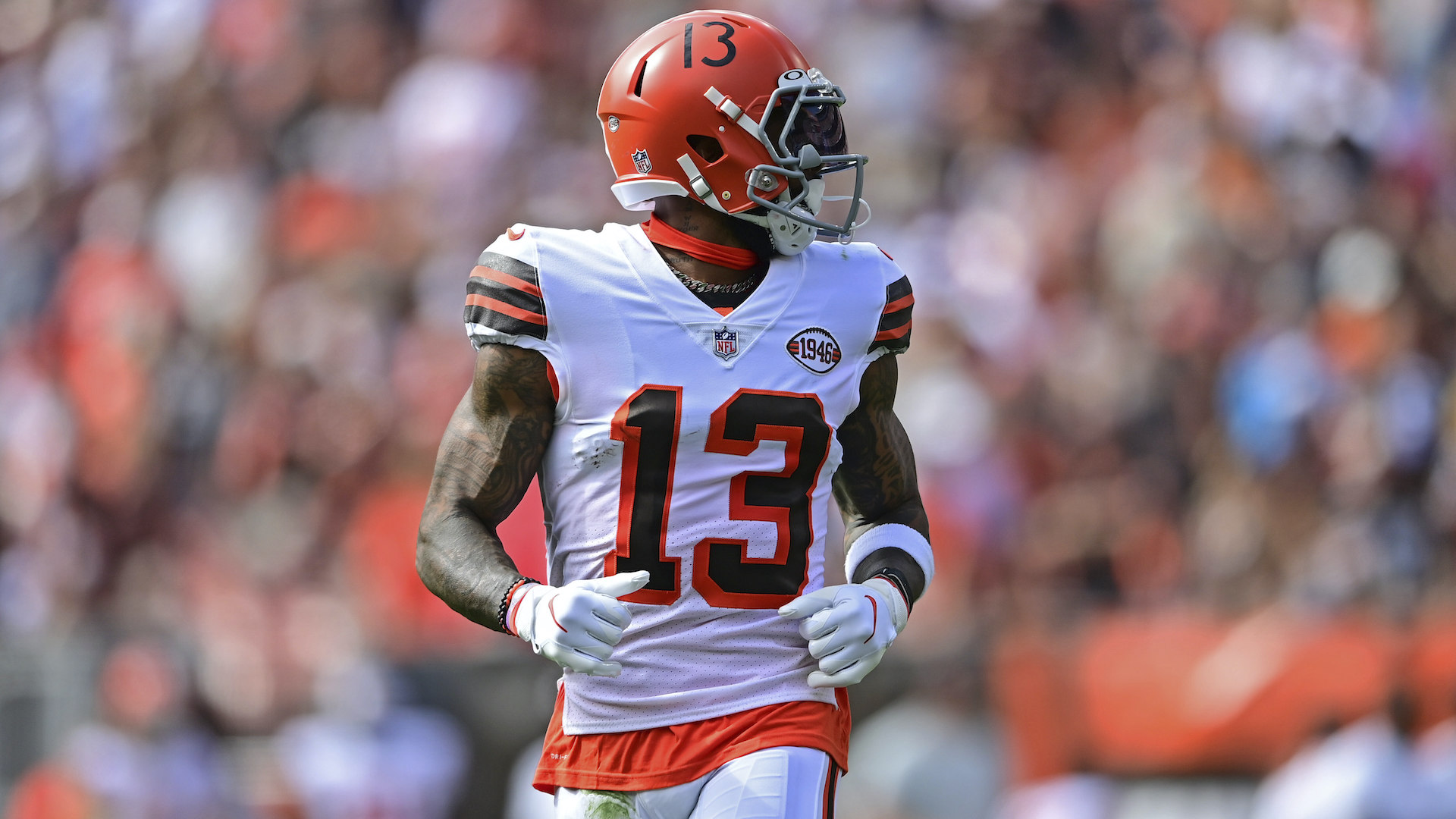 Top Landing Spots For Odell Beckham Jr. After Release From The Browns


The Cleveland Browns have released wide receiver Odell Beckham Jr. after two-plus seasons with the team. The former superstar will now hit waivers, so all 31 other teams will have an opportunity to place a claim on him. These six squads make for the most logical fits for OBJ.

According to multiple reports, the Saints and Browns were discussing a Beckham trade at the trade deadline on Tuesday, so New Orleans is by far the most obvious landing spot—it would be a surprise if they don’t place a claim on the 29-year-old receiver. Also, now Michael Thomas has been declared out for the season with an ankle injury, adding to the likelihood of this happening. We’ll see if anyone ahead of New Orleans claims Beckham, but the Saints should have a pretty good shot to be awarded him on waivers.

The real-life implications are far more serious, but on the field, the Raiders lost speedster Henry Ruggs III on the outside this week. There’s a void that perhaps Beckham can fill. Jon Gruden is no longer in the mix, but Las Vegas has been aggressive in targeting wide receivers in the past (Antonio Brown, Martavis Bryant). Whether Mike Mayock would be interested after the Brown fiasco is a mystery, but the Raiders might implement a zero-tolerance policy for Beckham if they add him to the mix.

There’s been interest in Beckham from the Niners in the past, and the team clearly feels they have a championship window open with Jimmy Garoppolo still leading them at quarterback. Deebo Samuel has emerged as a stud No. 1 wide receiver in San Francisco, and they still have 2020 first-round pick Brandon Aiyuk, but Beckham can be an intriguing addition to Kyle Shanahan’s offense.

The Jaguars are a total wild card for just about anything at this point. General manager Trent Baalke has shown he’s not afraid to take risks on players, and it’s easy to envision Urban Meyer being intrigued by the possibility of adding a talent like Beckham. Jacksonville is without D.J. Chark (ankle) for the rest of the year, and adding OBJ would give the offense another outside target, which would allow them to use Laviska Shenault Jr. more in the slot again. And the waiver position for the Jags probably means that if they want Beckham, they’ll be able to get him (it’s difficult to see other teams at the bottom of the standings wanting him).

The Seahawks have two exceptional receivers in D.K. Metcalf and Tyler Lockett, but that hasn’t stopped them from exploring the addition of more options to the group, including Josh Gordon multiple times in recent years. Russell Wilson, who should be back in Week 10 following the bye, might be lobbying for Seattle to add Beckham to the mix as the team looks to climb out of the hole that they’re in for a playoff spot in the NFC.

Sticking with Josh Gordon, the Chiefs added him earlier this year, and while it hasn’t led to much production at this point, it shows the aggressive mindset of the franchise in building around Patrick Mahomes. Odell would figure to be more game-ready than Gordon was when he joined Kansas City, and don’t discount the Chiefs trying something like this to get some type of spark for the most disappointing team in football this season.