Home / frontnfl / Top Ten Receiving Corps In The NFL For 2018 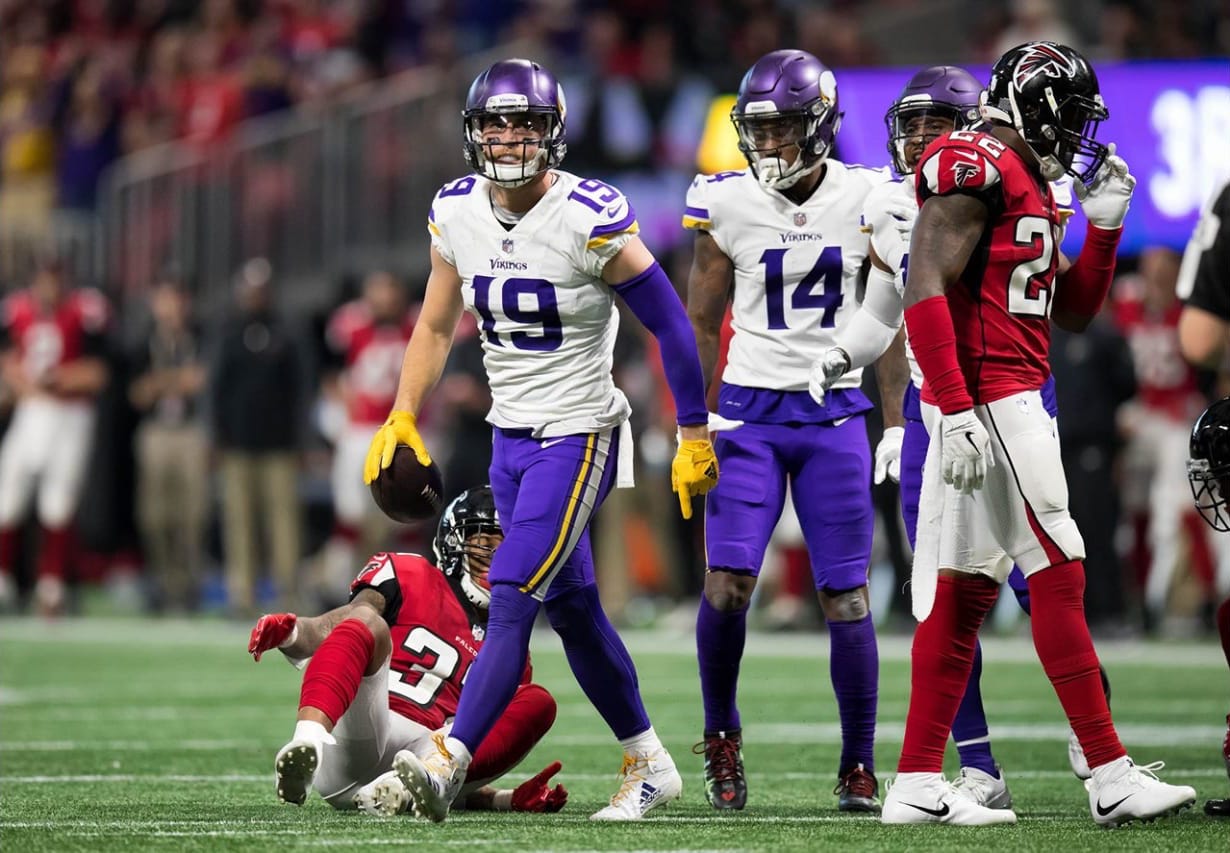 Top Ten Receiving Corps In The NFL For 2018


Browns receivers Josh Gordon and Jarvis Landry started an interesting discussion when they declared themselves members of the best wide receiver group in the NFL. Cleveland does have a very talented receivers room that also includes 2015 first-rounder Corey Coleman and troubled-but-talented rookie Antonio Callaway, but where do they really rank among the best in the league? This list only takes wide receivers into account (not tight ends). And the rankings certainly can vary, as there are many very receiving corps in the league today.

I understand why Gordon and Landry feel they are the best in the NFL, and I wouldn’t be surprised if they end up as the top group in 2018. However, Gordon is a long way away (time-wise) from his elite All-Pro form from a few years ago, so it’d be good to see him back at that level before classifying the group as the best. Also, it’ll be interesting to see how Jarvis Landry does if he’s not peppered with targets like he was in Miami—though the Browns did give him a bunch of money, so they could be planning to use him a ton. Cleveland has as much potential as any unit in the NFL.

The Rams lost Sammy Watkins in free agency, but they added the reliable-yet-dynamic Brandin Cooks in a trade with the Patriots, With Cooks, Robert Woods, and Cooper Kupp as their top three receivers, the Rams have steady options atop the depth chart. The performance of Robert Woods in particular last season is why I believe the Rams are one of the league’s top receiving corps, as he played like a number one when he was on the field.

Keenan Allen is the anchor of the Chargers’ wide receivers, as he’s one of the most underrated players in football and seemingly gets open on every play. Tyrell Williams had over 1,000 yards when he was the team’s top receiver in 2016, and he averaged 16.9 yards per reception last season (fifth in the NFL), while teammate Travis Benjamin averaged 16.7 yards per reception (sixth in the NFL). And last year’s seventh pick in the draft Mike Williams is a potential monster on the outside now that he’s healthy.

Like the Chargers, the Lions are not lacking for guys that can make huge plays down the field. Marvin Jones Jr. averaged a league-high 18.0 yards per reception last season, making huge plays down the field for Matthew Stafford. Golden Tate had at least 90 receptions for the fourth straight season, and he and Jones are very reliable options for Detroit. Also, T.J. Jones stepped up and made plays last season, and he should continue to contribute in 2018. But Kenny Golladay, who was hampered by injury for much of his rookie season, is a big reason the Lions are ranked this high. Golladay (17.0 yards per reception as a rookie) has the potential to eventually take over as the top option in the group, but at the very least, he will make it very difficult for defenses to contain all of Detroit’s weapons.

If Jordy Nelson was still in Green Bay with Davante Adams and Randall Cobb, the Packers would easily be on this list. Instead, Nelson’s new team is near the top five of best receiving groups in the NFL. This ranking is with the anticipation that Nelson hasn’t lost it, that Amari Cooper will be a lot closer to where he was his first two NFL seasons than where he was in a subpar 2017, and that Martavis Bryant won’t be suspended with rumors swirling. All three guys do different things well, and Jon Gruden probably put this group together with a good plan in place.

This unit was a key part of Philadelphia’s Super Bowl win last season, and they arguably got even better for 2018. Mike Wallace is an upgrade over Torrey Smith, in my opinion, and second-year receiver Mack Hollins could be ready to contribute more with a year of experience under his belt. I believe the top-two of Alshon Jeffery and Nelson Agholor is up there with any team in the NFL.

This might be a controversial ranking, but the Chiefs wide receivers are basically a track team on the football field. Tyreek Hill might be the fastest player in the NFL, and he can still improve his game moving forward. Kansas City signed former fourth overall pick Sammy Watkins to a big deal this offseason, and—despite what you might hear—he’s an extremely talented receiver that can win on all levels of the field. And Chris Conley, who suffered a torn Achilles last season but is fully expected to be ready to go this season, makes it three athletic freaks leading the Chiefs’ receivers group. It might not equate to big numbers for all three of them, but any coach would have a lot of fun working with a group this talented.

The Falcons have an all-time great leading the way in Julio Jones, so him atop the group helps propel them into the top-five. Jones can take over a game unlike almost anyone else in the league, but there are also solid options behind him. Mohamed Sanu is a tough, reliable, and clutch target for Matt Ryan; and rookie Calvin Ridley is probably the most pro-ready receiver from this year’s draft, and he should make an instant impact this season. I also like Atlanta’s receiving corps because of the way they block to help spring the run game, which is an underappreciated part of receiver’s games.

As Julio Jones headlines the Falcons’ receiving group, Antonio Brown headlines the Steelers’. And just like the Falcons, the Steelers have ideal secondary options behind their top target. JuJu Smith-Schuster quickly emerged as a near-household name and probably would’ve eclipsed 1,000 yards if not for two missed games because of injury. Second-round rookie James Washington could immediately be a contributor as a deep threat on the outside, but Justin Hunter shouldn’t be counted out in that role, either. The strength of Pittsburgh’s receiving corps is probably one of the main reasons Ben Roethlisberger wants to continue playing.

Stefon Diggs has yet to have a 1,000-yard season, but there’s no question he’s one of the league’s better receivers. Diggs has all-around ability, including elite ball skills despite not being a “tall” receiver. And in a league stacked with great receivers, Adam Thielen was named Second Team All-Pro after going for nearly 1,300 yards last season. Both Diggs and Thielen are exceptional on short, intermediate, and deep routes; and they played very well last season despite a quarterback change to Case Keenum because of Sam Bradford’s knee issues. Former first-round pick Laquon Treadwell has the talent to become a big-time contributor, and Kendall Wright can be a reliable contributor in the slot if called upon. But Diggs and Thielen are the primary reason the Vikings might have the best receiving corps in the NFL.