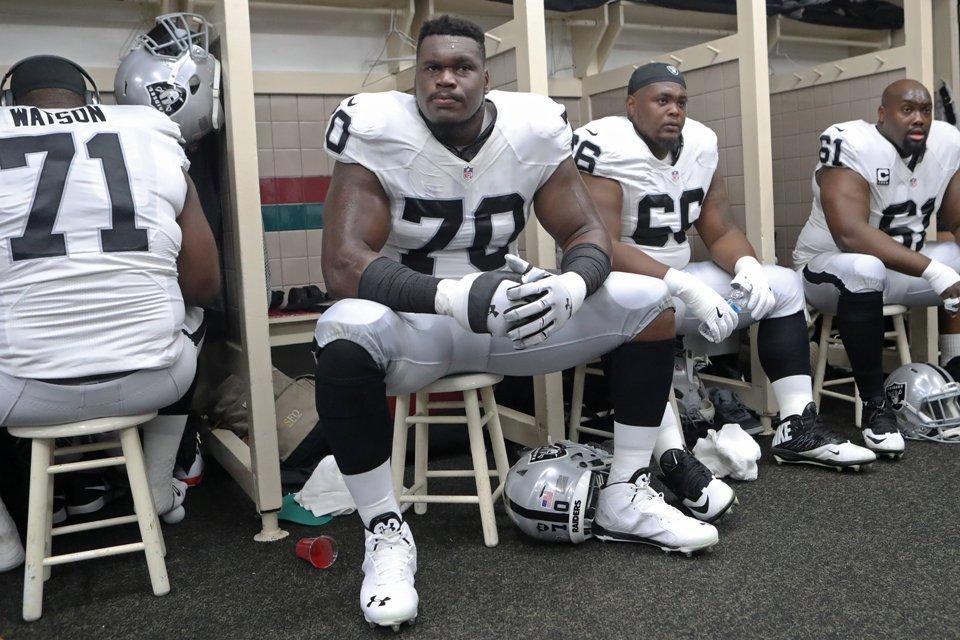 Surprisingly, Williams has never been a first-team All-Pro selection in his seven years in the league. That doesn’t mean he isn’t the best left tackle and offensive lineman in the NFL, though. Williams has made the Pro Bowl five times for his work on the blindside for Washington and is at the top of his game heading into 2017.

Thomas is the biggest reason why Williams hasn’t been a first-team All-Pro, as the Browns left tackle has earned the distinction six times, including three in the past four seasons. The future Hall of Famer has been anchoring the offensive line for Cleveland since 2007, and will get some much-needed help this year, which could make him even better as he enters his age-32 season.

The highest interior offensive lineman on the list, Marshal Yanda remained an elite player last season despite dealing with an injured shoulder and switching positions because of it. Yanda has played all across the line throughout his career, even kicking out to tackle if Baltimore needs it. The two-time first-team All-Pro is a bully wherever he lines up.

It took a move to Oakland for Osemele to get the recognition he deserves, as he made his first Pro Bowl and was named an All-Pro (first-team) for the first time in his career in 2016. That was after four years teaming up with Marshal Yanda on the Ravens offensive line, earning a Super Bowl ring in the process. Osemele has helped the Raiders offensive line—and team—join the elite in the NFL.

Arguably playing the best football of his career since turning 30 (in 2011), Andrew Whitworth will be suiting up for Los Angeles after spending the first 11 years of career with the Bengals. The now 35-year-old will be tasked with protecting Jared Goff and opening holes for Todd Gurley, which he should have no problem doing in Sean McVay’s offense.

Protecting Aaron Rodgers sounds easy enough with all the maneuvering he can do in the pocket, but Bakhtiari has done an exceptional job at left tackle, a position he has started at since being drafted in 2013. Bakhtiari earned his first accolades of his career in 2016 with a Pro Bowl selection and being named a second-team All-Pro, and he is still getting better as the youngest player on our list at just 25.

The final tackle on our list, it could be argued that Tyron Smith is the best of the bunch (Cowboys fans will surely make the case). Dallas lost some pieces up front this offseason, so we’ll see if the unit is as dominant as they have been in recent years. Either way, Smith will be a force both as a pass blocker and as a run blocker, especially out in space where he can use his speed and athleticism.

After spending the first seven years of his career with the Browns, Alex Mack had an extremely successful first season in Atlanta, starting every game and reaching the Super Bowl. The guy was great all year, and played in Super Bowl LI with a broken leg. He also made the Pro Bowl for the fourth time in his career, and third time in the past four seasons.

Hudson is the second Oakland Raider in this TTT, and Donald Penn narrowly missed the list as the third one. That just shows how loaded Oakland’s line is, but Hudson has been a really good player since his days with Kansas City; he isn’t just a byproduct of the talent surrounding him. It will be fun to see Hudson and Osemele team up to open holes for Marshawn Lynch in 2017.

Like the Raiders, the Cowboys have two guys make the list with a third (Zach Martin) narrowly missing out. Travis Frederick probably gets the least amount of recognition from casual football fans, but he is just as important to Dallas’ success up front as Smith and Martin. Frederick has made the Pro Bowl in each of the past three seasons and was named a first-team All-Pro for the first time last season.