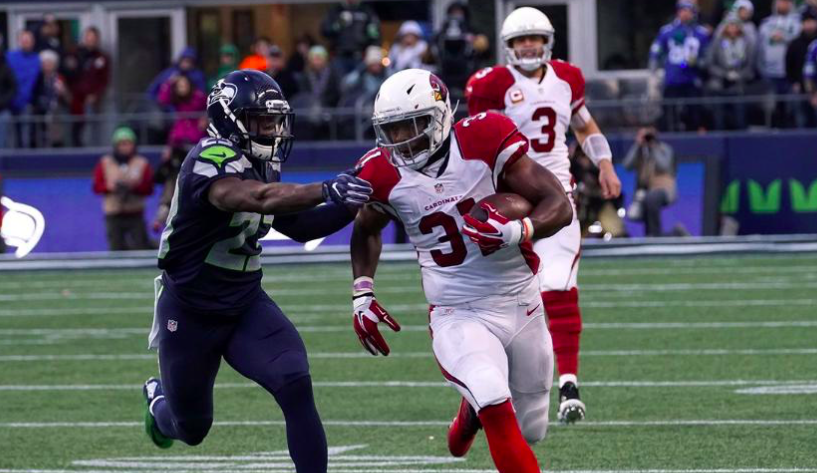 
If you missed our quarterback rankings from last week, you can find them here. We ranked 32 quarterbacks for those rankings, but we are going to rank the top ten at each of the other positions, starting with running backs. To be clear, these are NOT fantasy football rankings, which will come later in the summer, but rather who we would want to start a team with at running back for the 2017 season.

When he is on the field, there is no better running back in the NFL than Le’Veon Bell. “Juice” has already displayed all-time great vision and patience as a runner, and is arguably the best receiving back in the league. The scariest part of Bell’s game is that he just turned 25 in February, so his best years are likely yet to come.

Johnson is neck-and-neck with Bell as the best running back in the NFL, as the dual-threat had over 2,000 yards from scrimmage and 20 total touchdowns in 2016. He is a household name for fantasy football players, but Johnson still seems a little underappreciated by casual fans; that should change with another monster season.

Remember when Melvin Gordon was quickly labeled a bust after his rookie season by people who just look at the stats instead of actually watching him play? Well, anyone who watched the Wisconsin product last year saw he is an elite player, as he consistently made defenders miss in the backfield, showed well as a receiver, and had a nose for the end zone. Gordon is a guy you want to build an offense around.

After a forgettable 2015 with the Eagles (behind a bad offensive line), DeMarco Murray proved in his first season with the Titans that he wasn’t a product of the Dallas offensive line. Not only did Murray hold off impressive rookie Derrick Henry for carries, but he looked just as good as he did with the Cowboys, including utilizing his deadly stiff arm.

McCoy wasn’t happy about being traded a couple years ago, but he has quickly adjusted to Buffalo. Last season, “Shady” had the highest yards per carry (5.4) in his career, and scored 13 rushing touchdowns, which is the second-highest of his career and his first time in double-digits since 2011. Good luck tackling McCoy when he gets in space.

Like Melvin Gordon and DeMarco Murray in 2015, a bad offensive line hurt Gurley in 2016. The talented back had to deal with a relocation to LA, a head coach getting fired, and a rookie quarterback making a big transition to the league. It would be surprising if Gurley didn’t bounce back this season with Sean McVay as the new Rams head coach, as the soon-to-be 23-year-old could be the best pure runner in the NFL.

It was clear Ezekiel Elliott was for real when the Cowboys played the Seahawks in the preseason and the rookie took on Kam Chancellor (and won). Zeke had the benefit of playing behind the Cowboys offensive line and being fed all season long, but he still had almost 2,000 total yards and 16 total touchdowns in his first season.

The English-born Ajayi ran for over 200 yards in a game three times last season for the Dolphins, and was one of the most productive backs in the league from Week 6 through Week 17. It will be fun to see what the powerful runner will be able to do with a full season as the starter in Adam Gase’s offense.

And the same is true for Howard (though not in Adam Gase’s offense) after a somehow under-the-radar rookie season where he averaged more yards per carry than Ezekiel Elliott. Howard was one of the bright spots for Chicago in 2016, and has the makings of the next great Bears running back.

He only averaged 1.9 yards per carry (on 37 attempts) in his final season with the Vikings and even though he might not even start for the Saints, it’s hard to bet against and keep Adrian Peterson of this list. The last couple times people doubted AD, he won MVP in 2012 and rushed for 1,485 yards and 11 touchdowns in 2015. Even as a 32-year-old, Peterson feels he has a lot to prove.