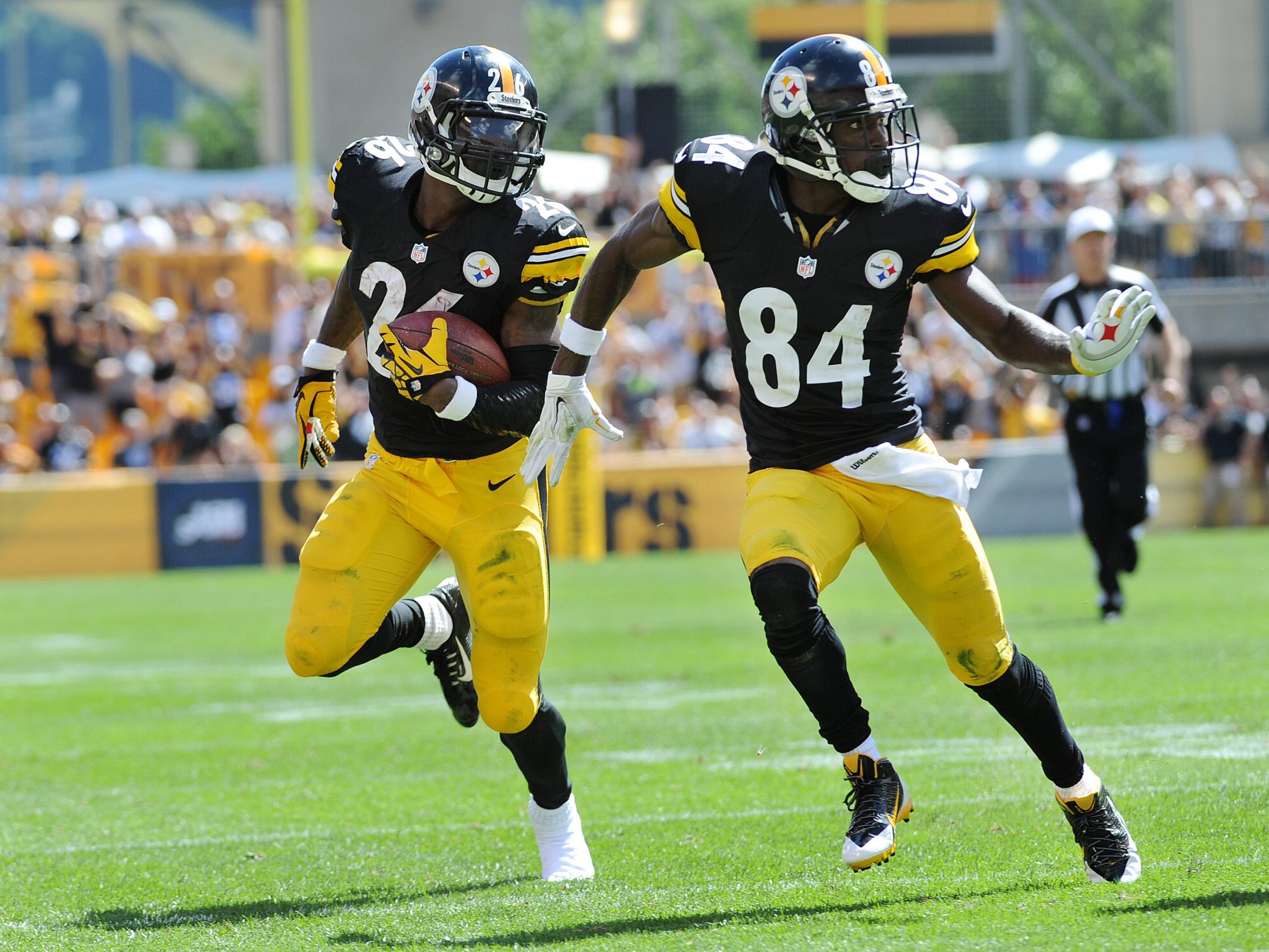 
The Giants are under some heavy criticism for not taking a quarterback with the second pick in last week’s draft, but they got the best player available in running back Saquon Barkley. And with Odell Beckham Jr. staying in New York, the Giants have an amazing running back-wide receiver combination on offense. There are a lot of great duos in the NFL, so where does the Saquon-OBJ tandem rank?

As a rookie last season, Joe Mixon played OK—not great. But the talent of the second-year running back is undeniable. If not for his off-field incident when he was a freshman at Oklahoma, Mixon would have been an easy first-round pick in last year’s draft. As Mixon assumes the role of Cincinnati’s clear number one running back, he’ll probably show that he can become among the best all-around players in the league. And of course, we know A.J. Green is a perennial Pro Bowler that wins on all levels of the field. If Mixon breaks out, this duo could be a lot higher after next season.

Mark Ingram could replace Alvin Kamara here, but the Saints have a great runner-receiver combo either way. Going with Kamara, he has a ton of ability as a mismatch in the open field, and he averaged an absurd 6.1 yards per carry as a rookie last season. Then at receiver there’s Michael Thomas, who, statistically, is off to about as good of a start to a career as possible—though having Drew Brees at quarterback helps.

The Vikings could also have substitutions for their running back-wide receiver duo, as Latavius Murray and Stefon Diggs could also make this list if they were the choice. We’ll go with Cook, who was on his way to competing for the rushing title as a rookie last season before he tore his ACL in Week 4, and Thielen, who was named second-team All-Pro last season. With a set of two great RB-WR combinations, Kirk Cousins must be ready for the season to start so he can get the ball out to all his weapons.

Brandin Cooks probably wasn’t a perfect fit in New England, but he still had over 1,000 yards receiving for the third straight year. However, he’s off to his third team in three seasons, as he’ll join the Rams’ high-scoring attack. There are not many better field stretchers out there than Cooks. And of all the running backs on the list, Todd Gurley might be the best of the bunch.

It was two years ago, but Allen Robinson is a former 1,400-yard, 14-touchdown receiver—and that was with the Jaguars. Now, Robinson moves to Chicago, where he’ll form a combo with a running back that has rushed for 2,435 yards during his first two NFL seasons: Jordan Howard. If the Bears have a resurgence, with these two as a big part of it, they will be a lot higher moving forward.

Like the Saints and Vikings, there could be a switch for the Falcons’ duo, as Tevin Coleman is arguably even better than his teammate Devonta Freeman. But Freeman has been the lead guy in Atlanta’s offense over the last three seasons, and he’s the highest-paid running back in the NFL (aside from the franchise-tagged Le’Veon Bell). At receiver, there might not be any non-quarterback in the NFL that can take over a game like Julio Jones can.

Considering the legendary Larry Fitzgerald still gets it done as one of the best receivers in the NFL, the Cardinals could be even higher on the list. David Johnson was only on the field for about three quarters last second, but he’s obviously right up there with the best running backs in the NFL—if not the best. Fitz is still great, but if he was in his prime, they would probably take the top spot.

Despite playing in Los Angeles, the Chargers might not get a ton of publicity compared to the Rams. Perhaps Melvin Gordon and Keenan Allen go under the radar a bit because of that, but they are two of the league’s best players. Gordon is a workhorse runner that’s battled injuries for much of his first three seasons, and he’s also a very good option out of the backfield. Meanwhile, the only thing that’s stopped Keenan Allen is injuries, but he’s an elite receiver when he’s on the field.

Saquon Barkley hasn’t played a snap in the NFL yet, but mostly everyone agrees that he’s going to be an outstanding pro. The former Nittany Lion will probably step right in and be one of the best backs in the NFL, as he can beat you on inside runs, outside runs, with speed, with power, with elusiveness, and as a receiver. And while Odell Beckham Jr. has been a headache at times for the Giants, hopefully the new coaching staff and the mature, calming presence of the rookie Barkley will help him grow up a bit as he gets older.

The argument can certainly be made that the league’s top running back and top wide receiver both reside in Pittsburgh. Stats aren’t everything of course, but it’s uncommon when a couple of teammates can go first and second in fantasy drafts, which is what Le’Veon Bell and Antonio Brown do in a decent number of leagues. It’s basically pick-your-poison going against the Steelers when “Juice” and “AB” are both on the field, and teams have had trouble containing them both on Sundays.