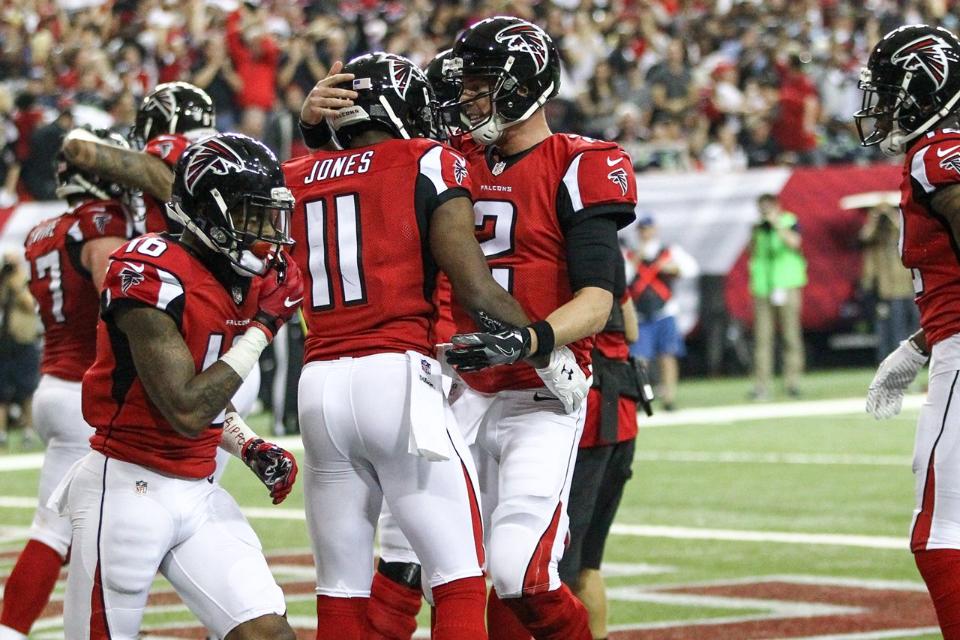 
Jordan and Pippen. Montana and Rice. Magic and Kareem. There is no shortage of unstoppable pairs in the history of sports. In honor of Valentine’s Day, let’s take a look at the top bromances and duos in the sports world today.

Those who watch the Sixers on a nightly basis know these two deserve a spot on the list. T.J. and Dario are a great team on and off the court together, and Saric said they were best friends after last night’s win despite fighting at times—including pouring water on the unexpecting half of the duo during postgame interviews.

Together for 17 years, the team known as Mike and Mike has been a staple of early-morning sports shows, both on radio and television. Greenberg is a life-long sports fan, while Golic is a former defensive lineman for the Philadelphia Eagles. Unfortunately, their time together looks to be coming to an end with Greenberg getting his own morning show on ESPN.

Now for a tandem whose time together has already come to an end. Deshaun Watson and Dabo Swinney ended on the best terms possible, as Clemson defeated Alabama in the National Championship before the quarterback left for the NFL. Swinney is still sticking up for his guy, though, recently saying that any team that passes on Watson is passing on Michael Jordan. We agree that passing on Watson in the NFL Draft would be crazy.

Atlanta Falcons running backs Tevin Coleman and Devonta Freeman presented problems for opposing defenses all season on their way to Super Bowl LI. Things didn’t change in the big game as both backs scored as Atlanta jumped out to a 28-3 lead before a miraculous comeback from another duo that might make this list. Both Coleman and Freeman can run inside and out, catch passes, and take it to the house from anywhere on the field.

The Williams sisters are no doubt a great sports duo, with 14 Grand Slam doubles titles. They have a "golden double-slam," with a Gold Medal in the Olympics, along with their titles in each of the four majors.

Another Falcons duo, Matt Ryan and Julio Jones were nearly unstoppable in 2016. The high-point (besides the playoffs) was a 300-yard receiving day for Julio and 500-yard passing day for Ryan against the Panthers in October. The best part about them is that Jones doesn’t even complain if he’s not getting the ball, and Ryan doesn’t feel the need to force it to him in heavy coverage.

Kevin Durant’s decision to join the Warriors seems to put a damper on the Splash Bros, but they are the NBA’s best shooting backcourt in league history, and both are in the prime of their careers. Curry and Thompson also fit perfectly together on defense, as Klay is a great defender that can cover opposing point guards and Curry is able to roam more and get steals.

Ryan and Julio are great, Big Ben and Antonio Brown received consideration for the list, and Brady could have been paired with Gronk, but Aaron Rodgers and Jordy Nelson is the NFL’s top player-player duo right now. In his return from a torn ACL, Nelson led the league in receiving touchdowns (14) and the Packers offense got back on track after a disappointing 2015. In the last four healthy seasons together, Rodgers has connected with Jordy for lines of 68/1,263/15, 85/1,314/8, 98/1,519/13, and this year’s 97/1,257/14.

Don’t worry, we at White Wolf give respect to baseball, too. The third-base and shortstop combo for the Texas Rangers have had plenty of hilarious moments over the years. Just watch:

Was there any doubt who would be #1 on the list? Brady and Belichick have five Super Bowl victories together, the most by a duo in NFL history. With no end in sight, they’ll have likely re-written the record books before they’re finished. Fans don’t have to like them, but people should respect and appreciate what they’re witnessing while they can.