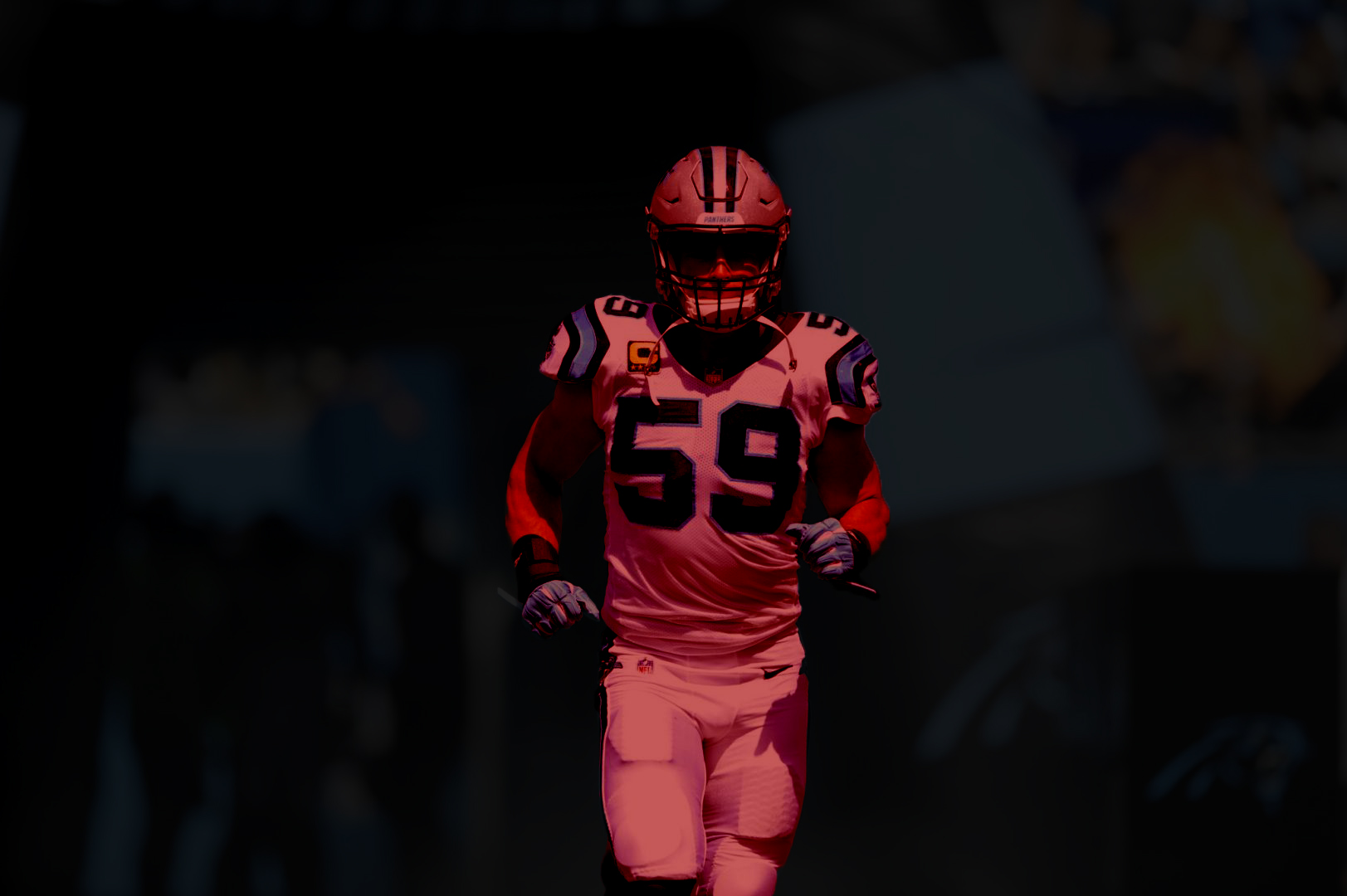 
This week’s Top Ten Tuesday sticks with the October theme, but it’s related to sports. We’re counting down the NFL’s top-ten most feared players. The order doesn’t matter much, and there are many fear-striking players around the NFL that didn’t make the cut.

Saquon Barkley was right on the edge of making the list, but Melvin Gordon III gets the nod because New York’s star running back is a rookie. In the last three seasons, Gordon has gotten the ball in the end zone more times (33) than anyone other than fellow Los Angeles running back Todd Gurley (36). Gordon’s build is among the most frightening at the position, and he uses his speed and strength to go through defenses like a runaway bulldozer.

His upper body and arms aren’t quite as massive as Melvin Gordon’s, but Todd Gurley has an extremely powerful lower body that gives him track-like speed and acceleration on the field. If defenders don’t step in front of Gurley to slow him down—which not many people will want to do—he’ll run right through arm tackles and break off huge gains with ease. The Georgia product has a devastating stiff-arm and lowers his shoulder at the end of runs with the best of them. Just when defenses think they have Gurley contained on the ground, he’ll get a screen popped to him and take it to the house for six, causing nightmares for defensive coordinators.

In terms of production this season, Derrick Henry hasn’t been among the most-feared players in the NFL. But based on the fact that he’s built like a tank and towers over ordinary Pro Bowl running backs, there probably isn’t anyone defenders would like to see less in the open field than the former Heisman Trophy winner. Henry showed why he’s feared in the Titans’ big playoff win against the Chiefs last January, and he should resume being one of the NFL’s scariest sites as the weather gets colder.

One of the worst nightmares a quarterback can have is never getting in the right play against a defense, play after play. Luke Kuechly brings that fear to life on the football field, as he routinely calls out things and gets his defense in the right position to make plays. And Kuechly himself appears to have an alter-ego on the gridiron, as he runs around like a man possessed despite being a normal, friendly guy when the helmet isn’t on.

Remaining up the middle on defense, Rams defensive lineman Aaron Donald is not fun for opposing offensive linemen to go up against. Interior pressure that collapses the pocket into a quarterback’s lap can flat-out ruin an offense, and Donald can do that in a variety of ways. Also, Donald isn’t afraid to hit signal-callers as hard as he can, so Ndamukong Suh might have rubbed off on him in that regard.

The Broncos haven’t had much team success in the last few seasons, but Von Miller can still almost single-handedly win a game for his squad. Miller’s elite first-step can get him past offensive linemen before they’re able to get a hold of him; and his speed allows him to get to quarterbacks with the intent of knocking the ball away for a turnover, which is a bigger fear for many quarterbacks than actually getting hit. Broncos teammate Bradley Chubb is also on his way to becoming one of the NFL’s most feared.

There are a number of receivers that can score in an instant, but none of them have the combination of physically-imposing and gamebreaking ability that Julio Jones does. No wide receiver impacts the game more than Jones, who can legitimately put the team on his back; and if not, he draws double- and triple-teams that helps his teammates. Jones has three career 250-yard games in his career—including a 300-yard game—when no other player in NFL history has more than one. Julio also averages the most receiving yards per game in NFL history, and there simply isn’t a receiver defenses fear more than him. A truly dominant superstar with zero diva qualities is a nightmare for defenses.

This hasn’t been the start to the season Rob Gronkowski typically has, but he’s a good bet to have some monster games and even things out statistically when the season is over. Aside from—or perhaps even including—running backs, there is no one in the NFL more difficult to bring down in the open field, and he’s shown it with many broken tackles and Hulk-like stiff-arms through the years. The All-Pro also might be the best blocking tight end in the league, and he screams down the seam like an unstoppable train as a receiver.

Returns are a common theme when it comes to horror movies, and J.J. Watt is back and as good as ever after people counted him out. Watt has seven sacks in the last four games while helping the Texans climb back into contention after a slow start to the season. Watt is another guy that flips the switch when he gets on the field, and his bloody nose moments could become a Halloween costume itself.

Again, the order can vary greatly, but Khalil Mack’s start to the season gives him the top spot among the NFL’s most-feared players. Mack has five sacks, four forced fumbles, one interception, and one touchdown through five games, as he’s helped elevate an already-scary Bears defense into a bonafide top-notch unit in a short time. Offense or defense, Mack is as feared as it gets.