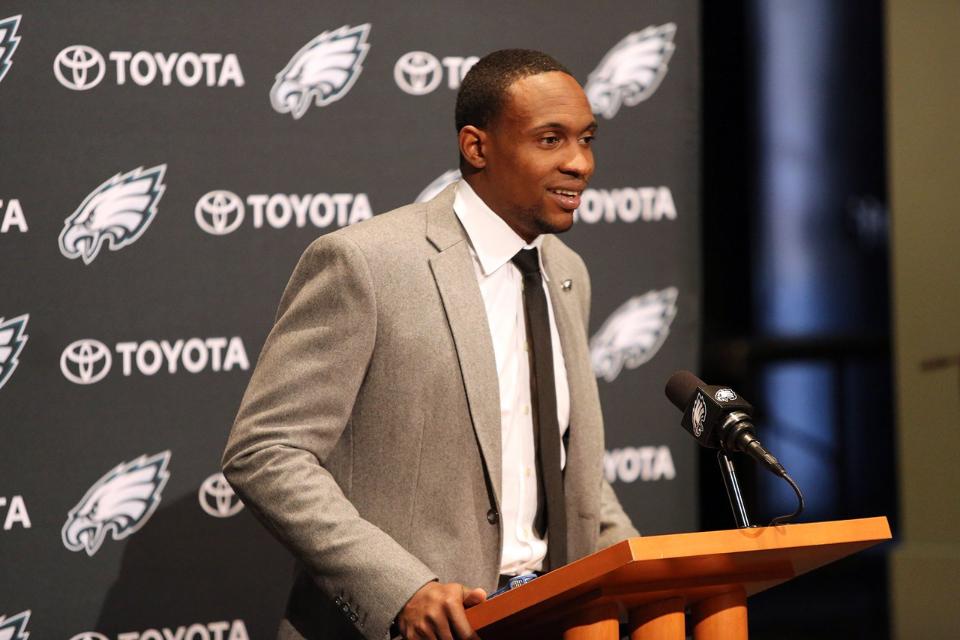 
Patriots. Browns. Jaguars. Eagles. Teams have made some great moves so far this offseason. Which ones make the top ten?

The former second round pick finally broke out last season for the Jaguars, but Jacksonville questionably decided to pay 29-year old Barry Church, who spent his first five years playing for the Cowboys. That allowed the 26-year old Cyprien to sign with the division rival Titans, who are happy to have him as an emerging, physical safety.

Touted as the best player in the 2013 NFL Draft by ESPN’s Todd McShay, Warmack didn’t live up to his potential in Tennessee. However, a reunion with his college offensive line coach Jeff Stoutland—who is now in Philadelphia—could unlock his enormous potential for the Eagles.

From a pure on-field standpoint, this would be higher on the list… if not for the fact that it could destroy the Giants’ locker room. What happens if New York starts off bad both offensively and as a team? Marshall has had issues in the locker room everywhere he’s been in the NFL, and Odell Beckham Jr. is known to complain if things don’t go his way. This offense has the potential to be explosive in more than one way.

Philadelphia signed WR Torrey Smith to a three-year, $15 million deal on the first day of the new league year before signing former Bears WR Alshon Jeffery to a one-year, $14 million deal later that day. The two should compliment each other nicely, giving Carson Wentz a field stretcher and a guy that can catch contested passes.

It seemed clear for a little while that Jackson would end up in Tampa Bay, and that’s exactly what happened last Thursday. The Bucs paid $11 million per year, but the fact that it’s only for three years is smart incase D-Jax loses his speed or injuries affect his play. Mike Evans should see more favorable coverage with defenses having to worry about Jackson getting deep.

Jacksonville signed the former Texans cornerback to a five-year deal worth nearly $70 million, giving the team a great, young duo in Bouye and Jalen Ramsey. There is some concern, though, as Bouye has started only 11 games and was prone to penalties from grabbing receivers last year.

Cleveland gave Kevin Zeitler a contract that makes him the highest-paid guard in the league, weakening the rival Bengals in the process. Not only that, but they re-signed their own guard Joel Bitonio to a monster extension and signed center J.C. Tretter after a nice season for the Packers. Cody Kessler will get a great chance to prove he can break the Browns quarterback curse if Cleveland doesn’t draft someone in April.

The third defensive back to head to a division rival on the list, this move helps the Patriots more than he hurts the Bills. Buffalo is going to use more of a zone coverage with head coach Sean McDermott, so New England will gladly take him for five years and $65 million. If Malcolm Butler doesn’t get traded, a cornerback group of Butler, Gilmore, and Eric Rowe doesn’t even seem fair.

It isn’t the acquisition of Osweiler, but the draft pick compensation that goes along with it that gives Cleveland two of the top-five moves on our list. The Browns traded a 2017 fourth round pick for Osweiler, a 2017 sixth round pick, and a 2018 second round pick. Don’t look now, but the Cleveland Browns are building a powerhouse.

And people wonder why New England is good every year. Tennessee and Philadelphia had the opportunity to trade for the 23-year old receiver for a first round pick, but declined to do so. They didn’t necessarily have a need a wideout, but the Pats decided it was too good a value not to take. Giving Tom Brady an arsenal of Cooks, Rob Gronkowski, Julian Edelman, Chris Hogan, Dwayne Allen, Malcolm Mitchell, and Danny Amendola could lead to some broken records in 2017.