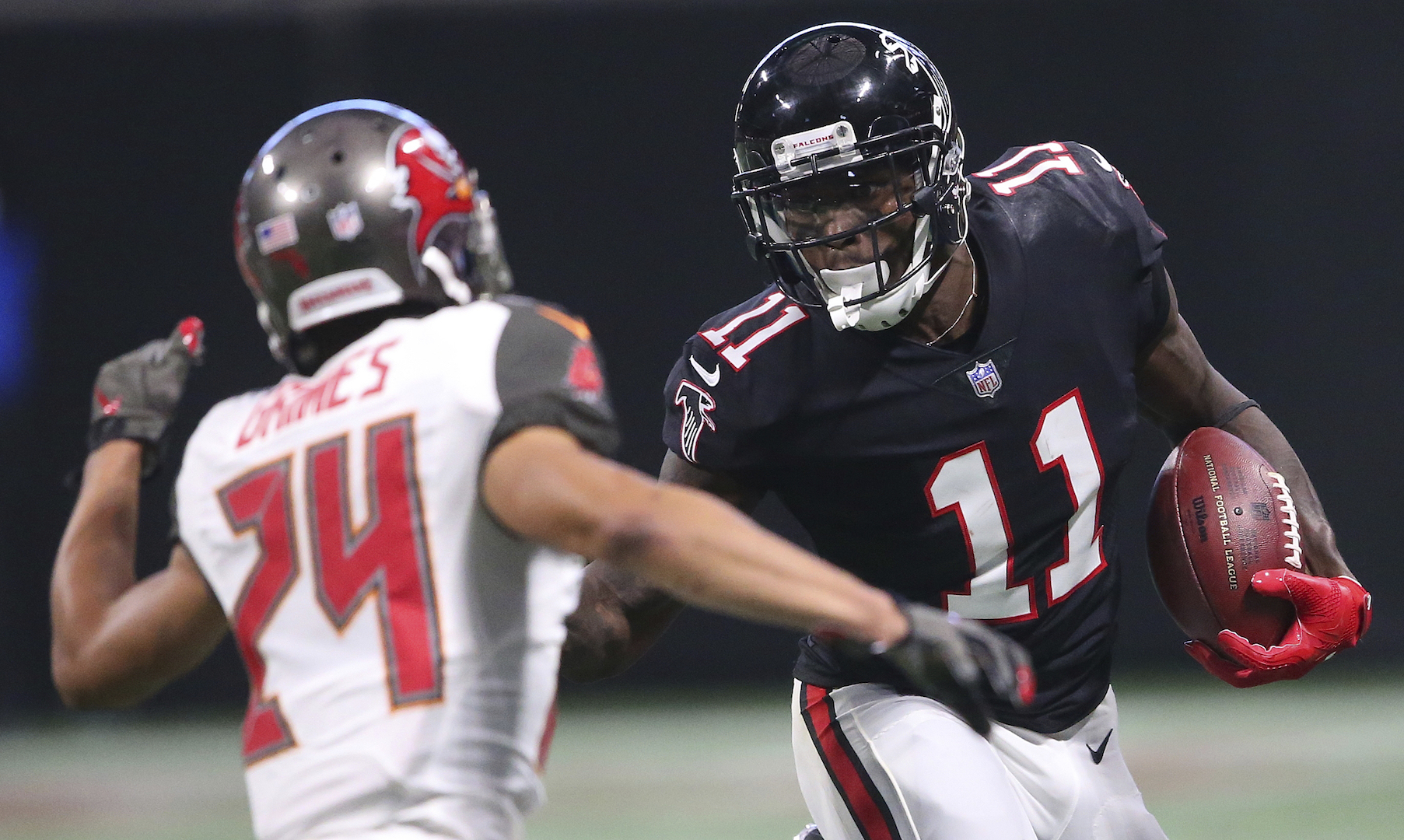 
NFL 2K is back (sort of), and the new non-simulation game will be out sometime next year. In honor of today’s announcement, this week’s Top Ten Tuesday counts down the top cover candidates for an NFL 2K video game.

He seems to be getting more respect in the past year or so, but Russell Wilson is one of those stars that arguably doesn’t get enough recognition for his success in the NFL—that could mean Madden won’t happen for him, in which case NFL 2K could be a good fit. Wilson has an enterprising mindset, and it’s easy to see him being interested in helping 2K launch its second venture in licensed football games.

The 49ers appear to be here to stay as a contender, and George Kittle is one of the league’s top personalities, so the All-Pro tight end would be an excellent selection by 2K as the cover athlete. Kittle’s position typically doesn’t get as much love as the receivers or running backs, but Kittle puts up wideout numbers for San Francisco.

Reigning Defensive Player of the Year Stephon Gilmore isn’t a flashy, trash-talking cornerback, but he’s held in extremely high regard by nearly all NFL fans and would likely be a sound choice. For a 2K football game similar to NFL Street, Gilmore’s dreadlocks could be an unintentional call-back to when former Dolphins running back Ricky Williams was on the original EA game in 2004.

It would have been better if an NFL 2K game was out sometime last year or the year before, but Todd Gurley has built-in loyalty among many football fans simply because he’s carried fantasy squads to championships in the past. Injury concerns aside, Gurley is basically a beast, and it simply feels like he would be a strong fit for an NFL 2K cover.

Christian McCaffrey almost plays football like he has a special power-up giving him unlimited energy—he doesn’t come off the field, and he’s a legitimate workhorse. One issue with McCaffrey on the cover is that his Panthers team might not be very good in the next couple of years, but the former Stanford star should continue putting up video-game numbers in real life for Carolina (and for his fantasy owners).

The previous five guys on the list are obviously great players and exceptional athletes, but we’re now getting into the freak-of-nature category, which fits both the style of NFL 2K’s old cover athletes (such as Randy Moss and Terrell Owens) and the non-simulation gameplay expected for the next NFL 2K game. Lamar Jackson is probably the most exciting player in football, and fans would go crazy if he was on the cover of the game.

In 2018, Saquon Barkley was the first running back selected No. 2 overall since Reggie Bush in 2006—and the league is a lot different now than it was in the mid-2000s. Barkley is a special player, and he plays for one of the NFL’s most prestigious franchises in the Giants. Aside from his dynamic on-field ability and marketability, another reason the Penn State product is up at No. 4 is that he would be a huge “get” if it can keep him off the Madden cover in the future.

2K football has opted for dominant football players in the past, and Derrick Henry obviously fits the billing after leading the NFL in rushing and carrying the Titans to a postseason berth and two postseason upsets against the Patriots and Ravens. Despite playing running back, Henry can put a team on his shoulders—perhaps like Adrian Peterson for the first next-gen football game last generation (Madden 25), Henry can headline NFL 2K’s return on the new console’s next year.

Stephon Gilmore won DPOY last season, but Aaron Donald is still arguably the best defensive player in football—and he’s an awesome fit as a cover star for NFL 2K, as it’d give a similar feel to when former Buccaneers defensive tackle Warren Sapp was on the cover of NFL 2K4. While the first 2K football game in 2021 won’t be sim, Donald could still highlight an emphasis on hard-hitting defensive gameplay.

Finally, while there are exceptions, Julio Jones is a relative outcast among the NFL’s star receivers of today. He’s the most talented and statistically dominant, but Jones is still a team-first guy that does not care about getting his individual numbers up or the credit for a team win. All things considered, it’s difficult to see the Madden cover ever happening for Jones—but he’s an absolute star that hardcore football fans appreciate. An all-time great still in his prime, Jones is the No. 1 cover candidate for the next NFL 2K video game, following Randy Moss and Terrell Owens during 2K’s first run.