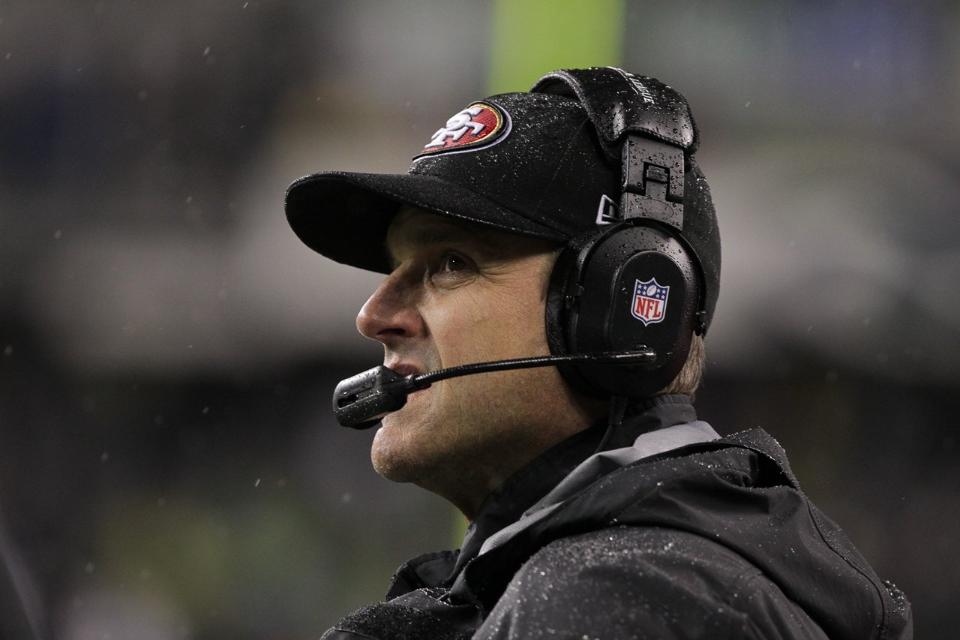 
Every year, there are a few coach openings at the NFL level, with dozens of potential candidates to fill the vacancies. The college game is a great place for owners and search committees of NFL teams to inspect and consider when looking for the next man to lead their team, and these coaches are ten of the best options for the next level. Keep in mind, this is not based on likelihood (Nick Saban probably won’t be leaving Alabama for the NFL), and the order is very difficult, especially after the top 3-4. All of these guys on the list would be strong options for NFL teams.

UCLA’s new hire takes the top spot on the list, which shows what a great decision the Bruins made in targeting and hiring him. Hall of Fame quarterback Troy Aikman, who clearly knows more football than Chip Kelly’s media critics, knows he’s a great head coach—as do Bill Belichick, Tony Dungy, and others. Kelly had a lot of success during his time in the NFL, and he’d probably already be regarded as one of the top coaches in the league if he was given time to build a franchise. A few years down the line, Kelly might jump back into the NFL and show he’s not just a college coach.

Like Kelly, Jim Harbaugh is an excellent coach that was fired from an NFL head coaching job because there were people in the organization that wanted him gone. There’s talk of Harbaugh not being that great of a coach because he hasn’t had elite success during his three seasons at Michigan so far, but there’s no doubting his coaching ability. He was 44-19-1 in the NFL and reached a Super Bowl. Just don’t count on him leaving Michigan until he at least wins a Big Ten title for his alma mater.

Remember: During his two years in the NFL with the Dolphins, Nick Saban was stuck in a division with Tom Brady, Bill Belichick, and the Patriots—and he didn’t have a great quarterback (which is typically what you need in the NFL to win). Saban said himself he might still be with the Dolphins if they signed Drew Brees, who was dealing with his major shoulder issue and didn’t get the OK from the team’s medical staff. He’s 215-62-1 in his college head coaching career, and he’s 125-20 at Alabama. The bottom line is Saban is a great coach.

The most popular name thrown around during NFL coaching searches each year is probably Stanford’s David Shaw, and there’s a reason why. Shaw is considered one of the best offensive minds in football, he’s an articulate communicator, and he has the right mindset for a leader. Everyone on this list is a “football guy,” and Shaw is no different.

Scott Frost currently runs one of college football’s most explosive offenses, and he’s basically doing it with Chip Kelly’s offense. As a Kelly protégé, Frost has shown he can instantly turn a program around with the job he’s done at UCF. Frost might be set to take the head coaching job at his alma mater Nebraska, but down the line he’s someone NFL teams should keep an eye on.

The leader of the Michigan State football program just seems like he’d be an exceptional NFL coach. He’s tough, holds his team accountable, is loyal—and his teams always play solid defense. Dantonio has turned his team into the dominant team in the state of Michigan, and led the Spartans to their first Rose Bowl since 1988 while also winning three Big Ten titles in 11 seasons. “We’re not selling hope here. We’re selling results.” The results speak for themselves in East Lansing.

Chris Peterson’s run at Boise State was absolutely dominant, and he’s building another dominant team at the University of Washington. Peterson’s background is on the offensive side of the ball and he runs a pro-style offense at Washington, but the defense has also been one of the top units in the country over the last two season—and it seems to step up in big games for Peterson, showing he knows what it takes to win games at any level.

There is no doubt Urban Meyer is a big-time winner, as he’s 175-31 in his college career, including 10-3 in bowl games, and while leading the Buckeyes he’s gone 47-3 in the Big Ten. Meyer has won in the Mountain West Conference, the SEC, and the Big Ten, with three national titles along the way. However, Meyer just seems like a fit at the college game, and he’s admitted as much himself. But he’d still be an exciting hire for NFL teams.

Similarly, Dabo Swinney seems like he’s a perfect match where he is at Clemson, but that doesn’t mean he wouldn’t be a very good NFL coach. He had the benefit of being around him for a few years, but Swinney looks like he called Deshaun Watson being a stellar quarterback at the next level—so perhaps a few teams would be in a better position right now if he was in charge of their franchise. If Swinney ever does leave Clemson, it’d probably be for Alabama, but NFL teams should still reach out to him.

Lovie Smith hasn’t been able to turn around the Illinois program yet, but it’s only been a couple seasons and he’s shown he can win in the NFL—and he’s won without a quarterback. Smith knows how to coach defense, and he’d be an attractive option if he can hire another coach he’s comfortable with to handle the offensive side of the ball. It wasn’t right what happened to Smith in Tampa Bay, as he was fired despite a four-win improvement from year-one to year-two with the Buccaneers.

Everyone else on this list is currently a head coach, but Greg Schiano is currently the defensive coordinator at Ohio State. However—along with Kelly, Harbaugh, Saban, and Smith—he’s one of five on the list with NFL head coaching experience, and he made Rutgers a very respectable football program during his eleven years there from 2001-2011. Exactly like Smith, Schiano was only given two years as the head coach of the Buccaneers, which isn’t nearly enough time to get things headed in the right direction.