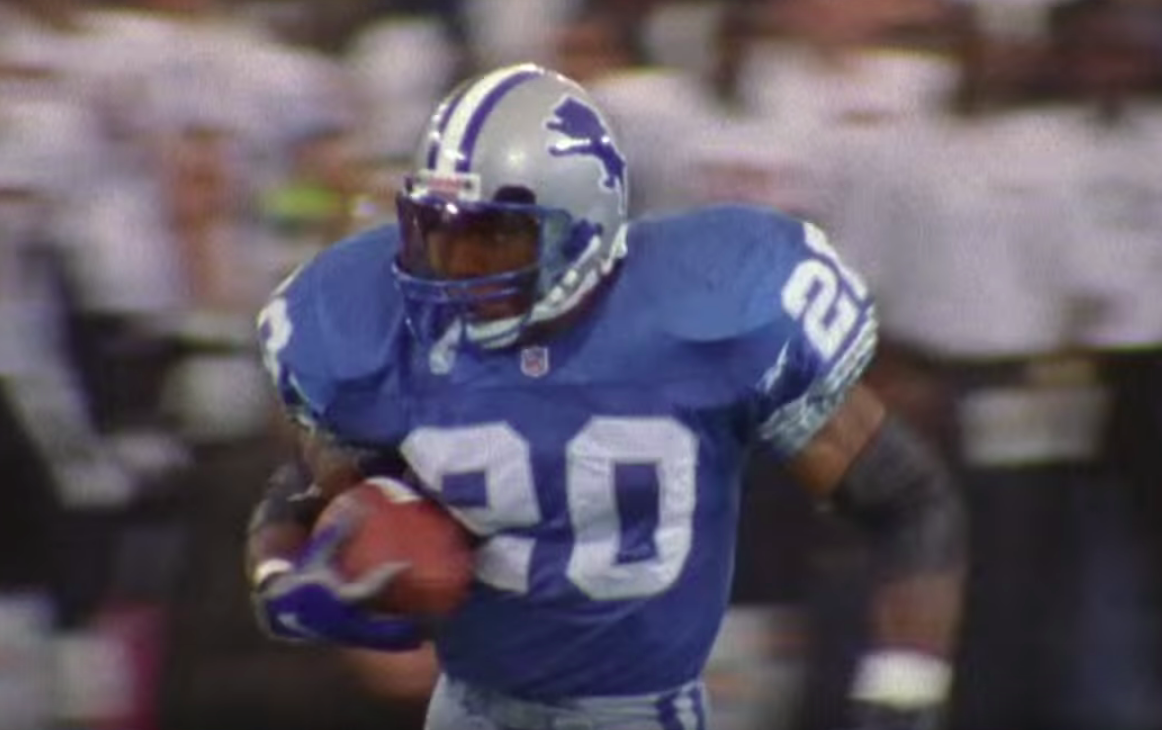 
If last night’s shootout between the Chiefs and Rams was any indication, offense is what gets people excited today. In honor of Thanksgiving this Thursday, this week’s Top Ten Tuesday goes over the NFL’s best all-time offensive performances on Thanksgiving.

Entering 2012’s Thanksgiving matchup against the Cowboys, the Redskins were sitting at 4-6 with the playoffs looking unlikely, but eventual Offensive Rookie of the Year Robert Griffin III lit up the scoreboard with four touchdowns—including three in a breakout 28-point second quarter—to lead Washington to their second straight win in what would become a seven-game winning streak and an eventual NFC East crown.

There have been just six 300-yard receiving games in NFL history, so it’s an exceptionally-rare feat that not many guys even come close to accomplishing. Jim Benton was the first to do it, and he did it on Thanksgiving Day in 1945. Benton caught ten passes, averaging 30.3 yards per reception to help lead the Rams to a 28-21 victory over the Lions and an 8-1 record on the season.

Randy Moss was seen as a troubled prospect back in 1998, which caused him to fall to the 21st pick in the draft—including past the Cowboys, who picked in the top ten. Moss thought he would be drafted by Dallas, and he made them pay for not picking him throughout his career. During his rookie season, Moss caught just three passes against the Cowboys on Thanksgiving—but they were all for 50+ yard touchdowns (from 51, 56, and 56) in one of the most memorable performances of the Hall of Fame career.

There’s a lot to choose from for Emmitt Smith’s Thanksgiving performances, but 1994 makes the cut. Brett Favre tossed four touchdowns to Sterling Sharpe for the Packers, but it didn’t match Smith and the Cowboys, as the NFL’s all-time leading rusher rolled to 133 rushing yards and two touchdowns along with 95 receiving yards. It was one of the best performances of Smith’s career.

There have only been 72 games of perfect passer ratings in NFL history, and Tom Brady had one on Thanksgiving. In 2010, the G.O.A.T. shredded Detroit’s defense with 341 yards and four touchdowns—two to Deion Branch (including a 79-yarder) and two to Wes Welker. The Patriots had just ten points at halftime, but they turned it on and rolled to 35 points in the final 30 minutes.

In 2004, Peyton Manning looked to have a legitimate shot at breaking Dan Marino’s single-season passing touchdown record of 48. It’s almost laughable now because of the rule changes and everything, but the record was seen as almost unbreakable. On Thanksgiving, Manning tossed six touchdowns (in just three quarters) to put him at 41 with five games to go, setting him up to break the record with 49 touchdown passes on the year—a record that would go on to be broken by Tom Brady before Manning broke it again with the Broncos.

Manning’s six touchdowns were impressive, but Bob Griese throwing for six scores of his own on Thanksgiving nearly 30 years earlier is even more impressive. Griese also did it in three quarters, and he did it on just 23 attempts (over 25% of his passes) in a time when defense was much tougher than it is today.

Walter Payton had a 100-100 game on Thanksgiving, and he didn’t need many touches to do it. “Sweetness” carried 20 times for 137 yards and a touchdown and caught four passes for 107 yards and another score. It probably wasn’t even the legendary Chicago runner’s best game of the season, but it’s one of the best games in the history of the NFL on Thanksgiving.

One of Barry Sanders’ epic performances had to make the list, and it’s his 1997 Thanksgiving performance against the Bears, when he ran for 167 yards and three touchdowns on just 19 carries. The 8.8 yards per carry is video-game like for most people, but it was just another day for one of the game’s greatest players.

The struggling Bills lost to the Lions, but O.J. Simpson had one of the best games of his Hall of Fame career on Thanksgiving in 1976. Simpson rushed for a then-NFL-record 273 yards, averaging a whopping 9.4 yards per carry with two touchdowns. This gave Simpson two 250-yard rushing performances for his career, becoming the only player in NFL history with two such games, which is still the case today.