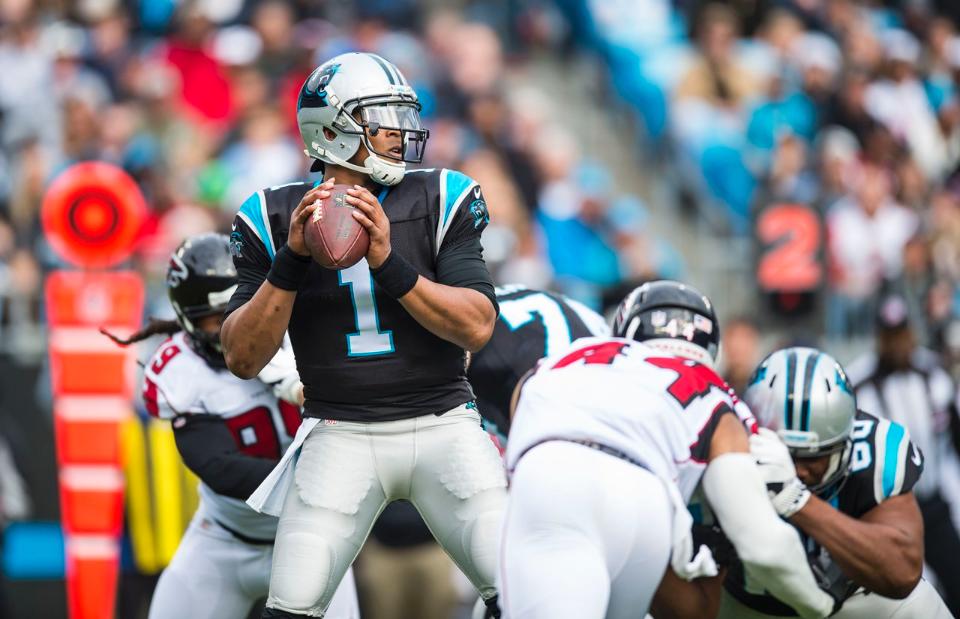 
For this week’s Top Ten Tuesday, we listed our top ten quarterbacks currently in the NFL. Please note, that we did not project here. These are are our rankings at this very moment.

At 39-years-old, Brady is still at the top of the game. He throws darts with pinpoint accuracy, and is a master of his offense and the quarterback position.

Obviously, Rodgers does it all. He is elite at everything he does. If there is pressure, he stays extremely calm, buys time, and throws lasers to his receivers. Rodgers also doesn’t get enough credit for how smart and how hard of a worker he is, probably because he makes it look so easy.

Last year’s NFL MVP comes in at #3 on our list. Newton—A.K.A. “Superman”— seems to get better and better. If he progresses to become pinpoint accurate all the time, like Brady and Rodgers, Newton will be almost unstoppable.

Wilson is a magician as the Seahawks quarterback. He just always seems to be able to win close games. He also rarely makes mistakes. If they fall behind, the Seahawks always have a chance to comeback with Wilson running the show.

Drew Brees puts up some pretty ridiculous numbers. He almost always completes at least 68% of his passes and always is over or close to 5,000 yards passing. At times, it seems like Drew Brees is playing flag football instead of real football.

After an injury plagued season, Luck is down at #6 on the list. If you ask many GMs and coaches who they’d like to build a team around, Luck would be a definite top 2–3 choice. He can carry his team, and is only going to get better.

Palmer had the best year of his career last year with the Cardinals. He has the benefit of a lot of weapons, including Larry Fitzgerald, John Brown, and Michael Floyd at receiver, but the Cardinals are so much better when they have Palmer in the lineup.

The Chargers’ franchise quarterback seems to always have some tough luck. Chargers offensive linemen and skill position players, including number one receivers on a few occasions, always are out of the lineup. Still, Rivers always keeps up his excellent play.

Like all of the top nine on this list, Roethlisberger could definitely be at a different spot. When Roethlisberger is on, he will shred your defense. With potent skill position players, Roethlisberger’s team should be one of the legit Super Bowl contenders this season.

Our top nine was pretty much locked in (order could vary), but the ten spot was the toughest to decide. There are a number of players that could have completed this list, including Marcus Mariota and Sam Bradford, but for right now we decided to go with Alex Smith. He gets a lot of flack from the average football fan, but Smith is one of the most efficient and productive quarterbacks in the league. While he probably won’t be throwing for 5,000 yards anytime soon, he also won’t throw double-digit interceptions, and won’t lose you games.