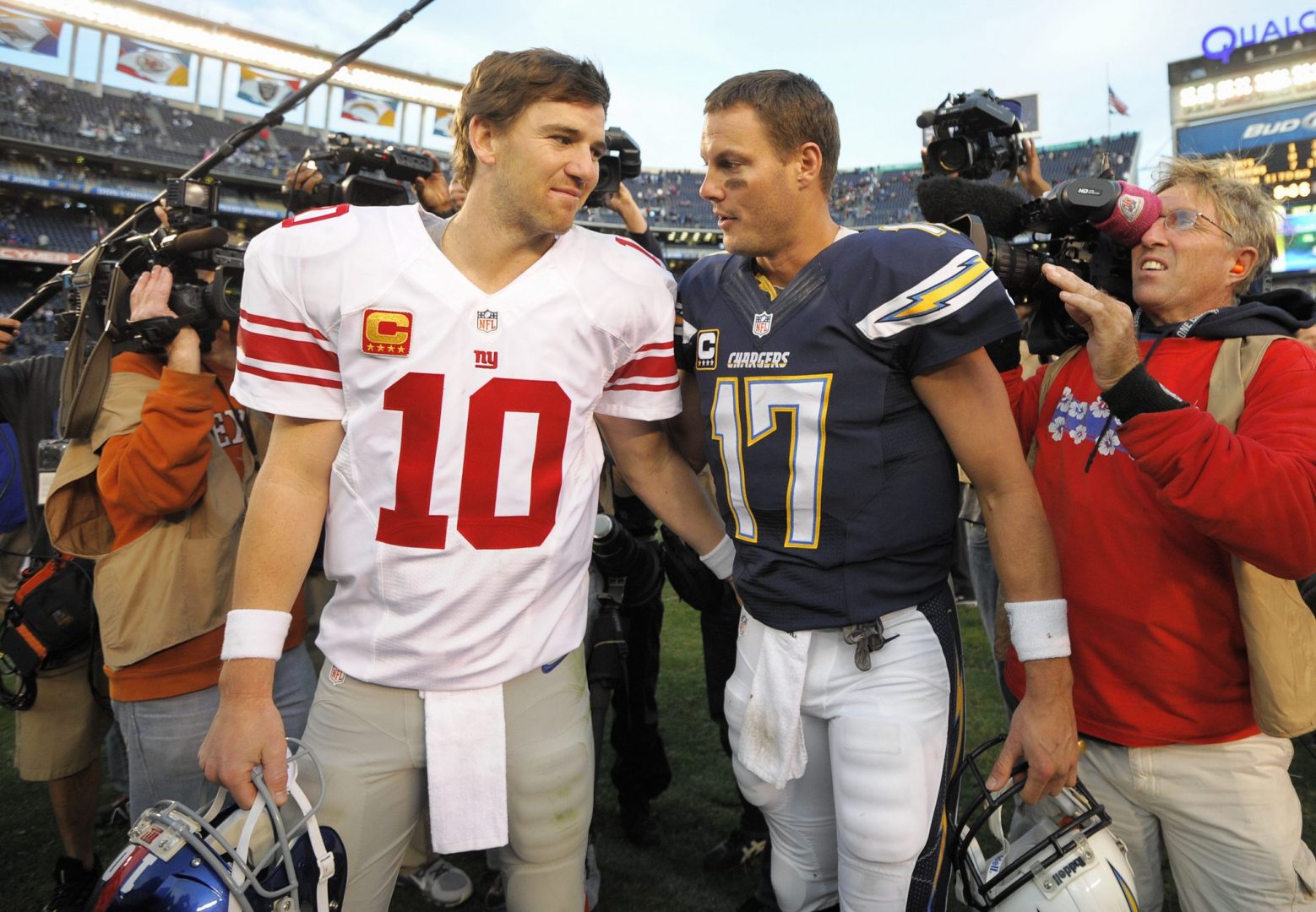 The big debate at the top of the 2015 draft was between Jameis Winston and Marcus Mariota. While most people thought Winston was the better pick, both were mostly seen as surefire franchise quarterbacks. Winston’s turnover issues have remained a problem in the NFL, but he has at least been solid during his three seasons in the league. Meanwhile, Mariota is becoming one of the NFL’s best players. In this class were also Bryce Petty, Brett Hundley, and Trevor Siemian, all of whom have had a decent amount of playing time.

The seventh quarterback selected in the 2000 NFL Draft is the obvious anchor of this class. You might have heard of him before: Tom Brady. The greatest selection in NFL history coming in the sixth round helps, but a couple members of “The Brady Six” (Chad Pennington and Marc Bulger) also had very good NFL careers.

When you have a Super Bowl champion (Joe Flacco) and a league MVP (Matt Ryan) in the same draft class, it’s pretty good. Flacco has battled some injuries and hasn’t played great recently, but he’s still been a clear franchise quarterback in the league. And Ryan, who was selected third overall exactly eight years ago today, is arguably a top three-to-five quarterback right now.

Last year’s quarterback draft class has the potential to shoot up these rankings over the years. Deshaun Watson, who went third of the quarterbacks, looks like he’s going to be an absolute superstar in the league. Patrick Mahomes II is in an excellent situation with the Chiefs, surrounded by a strong supporting cast that includes Kareem Hunt, Travis Kelce, Tyreek Hill, and Sammy Watkins. And Mitchell Trubisky has shown big-time ability and is getting upgrades around him in Chicago. There are others to keep in mind, including C.J. Beathard—who looks like he’ll be a great backup at the very least—and Chad Kelly.

The first two selections of the 2016 NFL Draft (Jared Goff and Carson Wentz) look like major hits after two NFL seasons, but there is also depth behind them in the class. After their rookie seasons, Dak Prescott was considered by many to be the best of the group. And there’s also Jacoby Brissett and Cody Kessler, who have both played well when given opportunities. Connor Cook, Cardale Jones, Kevin Hogan, Nate Sudfeld, Jake Rudock, and Brandon Allen are among the other quarterbacks selected.

It’s difficult to top the top two quarterback draft classes on this list, but Alex Smith and Aaron Rodgers is quite the pair of top guys in a class. Rodgers, of course, dropped on draft day, which all teams certainly regret. Smith started his career relatively slow, but over the last several years, Rodgers and Smith have been among the game’s best. Ryan Fitzpatrick, Matt Cassel, Derek Anderson, Jason Campbell, and Kyle Orton were all also selected.

Jimmy Garoppolo’s move to the Niners is really allowing the depth of this class to shine. Blake Bortles went first of the group, at third overall, and Johnny Manziel went second, at 22ndoverall. But then there was Teddy Bridgewater, Derek Carr, and Garoppolo. Bortles has both put up numbers (like when he threw 35 touchdowns in 2015) and won games, and Bridgewater was a franchise quarterback before his knee injury. But the class really stands out with the two second-rounders, Carr and Garoppolo. It wouldn’t be surprising to see the Raiders and 49ers quarterbacks in the MVP discussion a lot over the next decade.

There probably isn’t a deeper quarterback draft class on this list than the 2012 class. Andrew Luck, Russell Wilson, Nick Foles, Kirk Cousins, Robert Griffin III, Ryan Tannehill, and Brock Osweiler are among the guys that were drafted. Wilson won a Super Bowl, Foles won a Super Bowl and Super Bowl MVP, Luck has battled injuries but is a clear elite franchise player, Cousins just got a huge fully-guaranteed contract, Osweiler was a member of the Broncos Super Bowl 50 team and helped them get homefield advantage (which was huge), Tannehill has played well but had the last year-plus derailed by injuries, and RGIII won Rookie of the Year but hasn’t gotten back to that level since. 2012 is one of the greatest classes of all-time.

Perhaps the 2004 class will get there some day, but when there are three Hall of Fame quarterbacks in the first round like there were in the 1983 draft, they have to take the top spot. John Elway, Jim Kelly, and Dan Marino are all legends that are great examples and leaders for the NFL. Elway is the only one with a Super Bowl of the group (two of them), but Jim Kelly went to the Big Game a record four consecutive times, and Marino went to the Super Bowl once but had to face the 49ers and Joe Montana. But Marino is considered by many the greatest pure passer of all-time, and he put up a bunch of numbers that were basically unthinkable at the time. If the 2018 quarterback draft class is even half as good as the one 35 years ago, it’ll be quite the group.