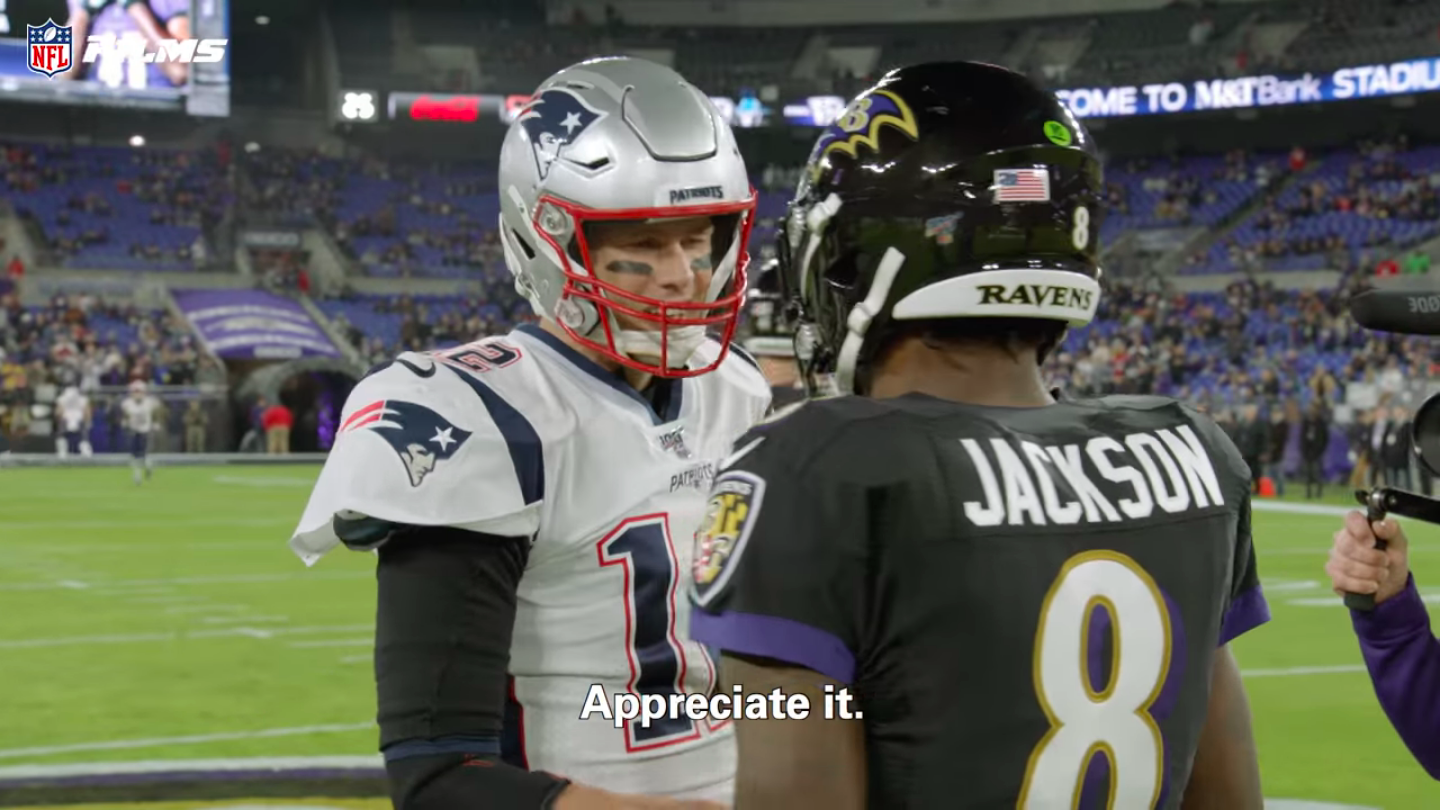 
The 2020 NFL season is 100 days away, but it’s not too early to look ahead to what we might see in February. As things stand, these are among the top potential Super Bowl LV matchups to conclude the 2020 campaign. Some awesome teams and players were left off the list, but share your thoughts in the comments below if there’s a Super Bowl showdown you’d like to see!

In terms of intrigue, nothing would top Patriots-Bucs among Super Bowl matchups this season. However, the possibility seems distant as the Patriots look to move forward without Tom Brady (though Bill Belichick is not someone to bet against), so it’s down here at No. 10. If we are lucky enough to get a Brady/Belichick Super Bowl, it would almost certainly feature an elite Pats defense against a top-tier Bucs offense; and while neither Brady nor Belichick has anything to prove after storied careers, bragging rights would still be on the line.

This feels like it would be a weird Super Bowl LV showdown, but Colts vs. Falcons is listed because both Philip Rivers and Matt Ryan—two potential future Hall of Fame quarterbacks—would be looking to win their first championship. If Atlanta’s defense can play more like they did down the stretch in 2019, Colts-Falcons would likely be a well-played all-around game between two balanced football teams.

Patriots against Saints or Bills against Saints (which could set up a Stephon Gilmore or Tre’Davious White matchup versus Michael Thomas) was certainly an option, but watching Thomas go up against a talented and deep Ravens secondary would also be fun to watch. Both John Harbaugh and Sean Payton have a Super Bowl title as head coaches, and they both know what it takes as they go for Ring No. 2. Also, the underlying storyline of Taysom Hill being compared to league MVP Lamar Jackson would make this more interesting—New Orleans would have their hands full trying to contain a motivated Jackson.

Jon Gruden already has one championship from when his Buccaneers beat the former Raiders team he coached, and it would be something if he did the opposite for another Lombardi Trophy. If these two franchises do face off again in the Big Game, we would get a Super Bowl preview earlier in the season when the Bucs face the Raiders (in Allegiant Stadium) on Sunday night in late October. Vegas and Tampa have a chance to field dominant teams in 2020.

While it’s arguably been clearly more impressive overall, some have compared the start of Patrick Mahomes’ time as a starting quarterback to when Aaron Rodgers took over for the Packers well over a decade ago. Rodgers has just one Super Bowl to show for his outstanding career so far, but he’d have an opportunity to get another head-to-head with Mahomes, who would be looking to make it two titles in two years.

The Ravens and 49ers faced off in a messy slugfest in Week 13 of last season, when Baltimore entered the game 9-2 and San Francisco was 10-1. The great Justin Tucker nailed a 49-yard field goal as time expired to give the Ravens the victory, and many thought it would be a Super Bowl LIV preview. Ravens-49ers would look much different than their contest in Super Bowl XLVII in terms of players, but both teams should be excellent in all three phases in 2020.

The 49ers are expected to remain in the title mix this year, but the Bills could be a team ready to take a step forward among the NFL’s best. Having an upstate New York team face San Francisco would make for a good story, and the matchup would likely be very spirited. It would be funny to have jump-through-table Bills fans back their squad against all the doubters and a media that would probably be pulling for the California team to win the championship instead of them.

We nearly got an all-Pennsylvania Super Bowl after the 2008 season, but the Eagles were edged out by the Cardinals in the NFC Championship Game. It wouldn’t be a huge surprise if the Battle of Pennsylvania is played in February this year. A healthy Ben Roethlisberger should give the Steelers a major boost offensively, while a couple of Philadelphia’s strong moves on defense (Darius Slay, Javon Hargrave) were overshadowed by the controversial Jalen Hurts selection in the draft. The Super Bowl crowd would be as energetic as ever with Terrible Towels on one side and Eagles fans on the other.

The respect between Tom Brady and Lamar Jackson is real:

.@TomBrady to Lamar Jackson before the game: "Big fan." @Lj_era8 to Tom Brady after the game: "GOAT." 💯 (via @NFLFilms) pic.twitter.com/7aRhJEVfCH

Having two of the NFL’s biggest stars—with almost opposite playing styles at quarterback—and most humble players headline Super Bowl LV would be superb for the sport. Furthermore, the battle between the Bucs receiving corps and the Ravens secondary and linebackers would be phenomenal.

The lone matchup that tops Ravens-Buccaneers among Super Bowl LV’s possibilities—but keep in mind the season is still 100 days away, so things can change—is Chiefs versus Buccaneers. With Brady’s move to the NFC, we’ll get a chance to see the G.O.A.T. face a guy that some are already saying will be better than Brady by the time his career is over in America’s biggest sporting event. Anything can happen on any given Sunday, but a ton of points could be scored if we see Chiefs vs. Bucs with the title on the line.