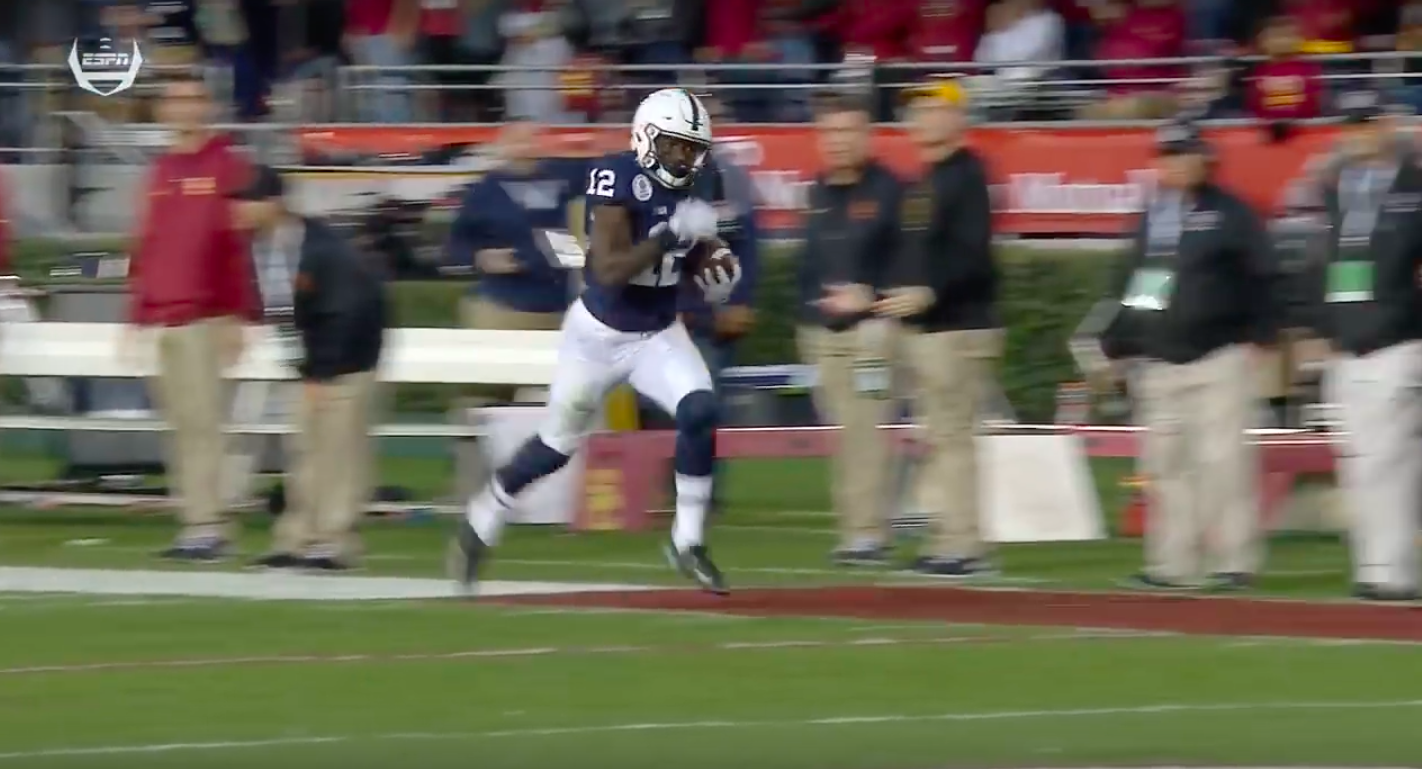 Undervalued NFL Prospects for the 2017 Draft


Here are some of the players I am higher on than most people are for this year’s NFL Draft. I will go through each position group and give one player. White Wolf will have more in-depth NFL Draft coverage after the Super Bowl, but this is an early look for now. There is a good chance a few of these guys will skyrocket in the pre-draft process. We had our top ten draft prospects earlier this month, which you can see here.

Somehow not considered a lock to be a first round pick this spring, Watson is not only our #1 quarterback, but he might be our #1 overall prospect. I have been a huge fan of Watson since he was a freshman, and we’ve written a few articles about him all season long as he dominated NCAA. There are no noticeable holes in Watson’s game; he is intelligent, accurate, can make all the throws, and is a great leader. How people can have a one-year starter in UNC’s Mitch Trubisky or DeShone Kizer on a 4-8 Notre Dame team ahead of him, I will never know. Watson has it all, including being clutch and being a winner.

Another big name who isn’t a lock to be a first round pick, McCaffrey might be just as good as Leonard Fournette and Dalvin Cook, both of whom are potentially top-ten picks. McCaffrey has a little bit of Le’Veon Bell in his game, and Bell himself acknowledged the talent of the Stanford standout on Twitter. Like Bell, McCaffrey shows great patience/vision as a runner, and is also an exceptional receiver. The size concerns for the next level are completely overblown, and McCaffrey has been durable throughout his three-year college career. I would hate to have to face McCaffrey twice a year if he were in my division.

Godwin is projected to be a mid-round pick right now, but he could climb when the scouts get a good look at his tape. After catching 69 passes for 1,101 yards and five scores in 2015, Godwin only had 59 catches for 982 yards this season, but scored 11 touchdowns. Plus, the junior wideout saved his biggest game for last, as he caught nine passes for 187 yards and two touchdowns in a record-setting Rose Bowl performance against USC. Down the stretch as the Nittany Lions got hot, Penn State’s offense consisted of a lot of Trace McSorley shots to Godwin, leading to an impressive 16.6 yards per catch on the year. Godwin plays bigger than his size, though he is a solid 6’1” and doesn’t turn 21 until the end of February.

It seems many people have caught on to Njoku, and no, he isn’t a Dragon Ball Z character. The redshirt sophomore was a mismatch in college and will be a nightmare for defensive coordinators in the NFL. Njoku is raw, as he has just nine starts over two seasons, but his blend of size, speed, and skills gives him a sky-high ceiling. He needs to get better as a blocker, but the New Jersey kid will be an elite receiver at the tight end position at the next level. I would take him in the first round without hesitation.

The Temple product will be ready for NFL offenses after playing in a pro-style system for the Owls. Dawkins has size, agility, power, and toughness, and has been a leader for Temple as a junior. He will need to polish his technique some, and will probably struggle against speed rushes early in his career, but Dawkins has the ability to develop into an above-average starting left tackle in the league. He should be able to play either tackle spot as a rookie.

Thomas seems to be a bit of a mystery as far as position goes, with some saying he might be best standing up as a linebacker in a 3-4 scheme. I think his best position would be defensive end in a 3-4 or a versatile defensive tackle in a 4-3, and there are people who have compared him to J.J. Watt and Aaron Donald. Alabama’s Jonathan Allen is getting all the hype (which is deserved), but Thomas could end up being an absolute game-wrecker at the next level.

If not for injuries—including a torn ACL—throughout his college career, Lawson would probably be an early first round pick in this year’s draft. He probably won’t be any worse than an early Day 2 pick, but it’s a shame the redshirt junior couldn’t have an injury-free career at Auburn. Lawson played defensive end for the Tigers, and profiles as a pass rusher in either scheme, but I like him best as an OLB in a 3-4. If he stays healthy in the league, Lawson will be a steal.

Bullough has a strong pedigree as a linebacker, following his father and brother at Michigan State. His brother, Max, is currently playing for the Houston Texans after being undrafted in 2014. Riley should be drafted in the middle or late rounds, but he will probably have to make an early impact on special teams like his brother has. Michigan State took a gigantic step back in 2016, winning just three games after being in the CFB Playoffs in 2015, and Bullough also took a step back as he fought injuries. In his healthy 2015 season, Michigan State’s leader had 106 tackles, 7.5 TFL, four sacks, and two interceptions.

Scouts seem to be split on Tankersley, as I remember one said he will be a third or fourth round pick. I would say he is worth a pick on Day 1. Tankersley has the size and skills to play in any scheme and cover any player. Clemson used him to guard Virginia Tech tight end Bucky Hodges—who is 6’7”—and he held him to just one catch. If he cleans up his technique a little bit, Tankersley could develop into a shutdown corner in the NFL.

Jabrill Peppers was given all the hype throughout the season, but Hooker has the best chance of turning into a superstar in the league—and I think he will. The Ohio State product has unbelievable range and ball skills, as evidenced by his seven interceptions, including three he returned for touchdown. Hooker also isn’t afraid to tackle, which makes him worth a top-five (or better) pick. The comparison to one of the best safeties ever in Ed Reed is not hyperbole.