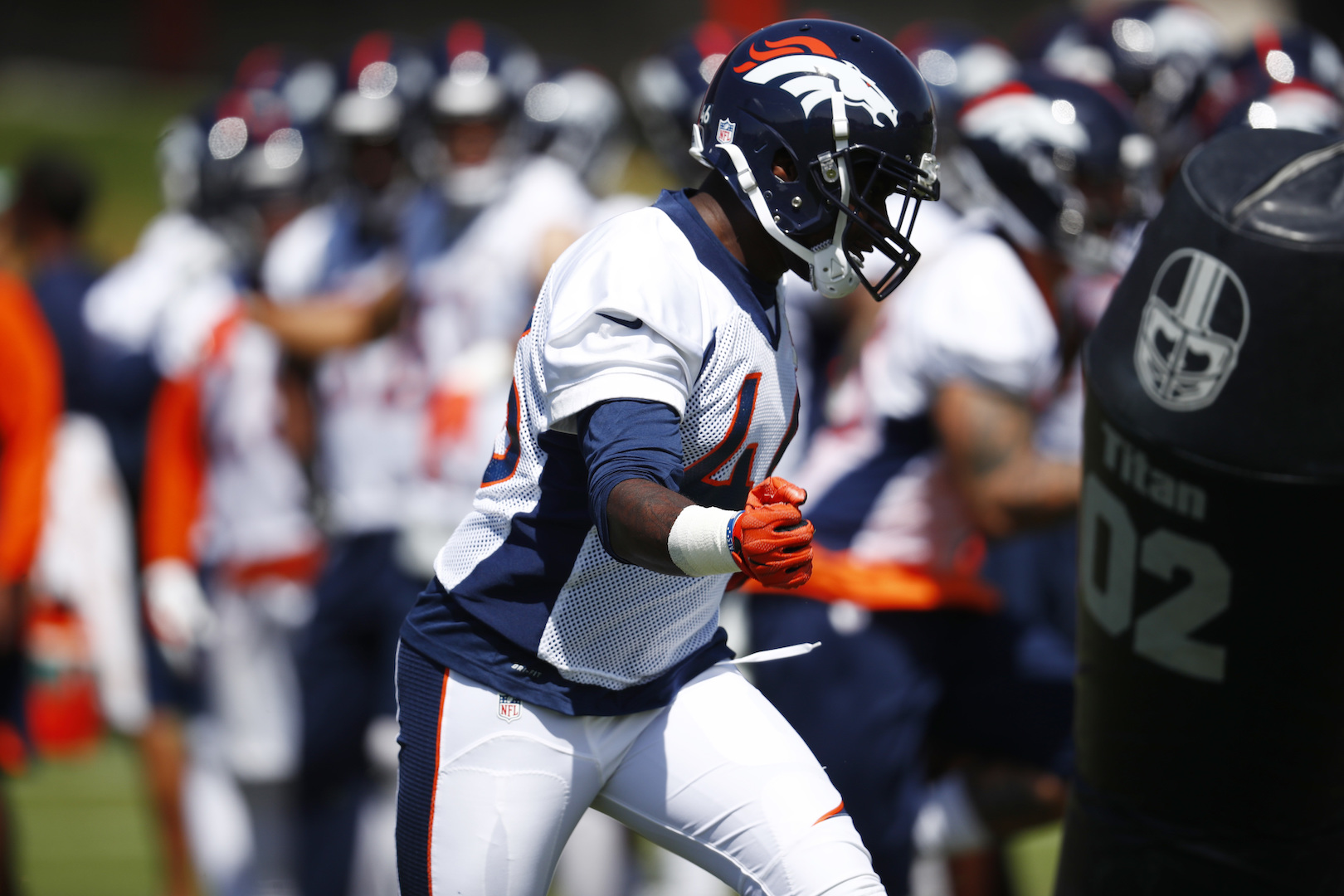 Undrafted Rookie That Could Make An Impact For Each AFC Team


Every year, undrafted free agents emerge to make a team’s 53-man roster, and they often have a significant impact as rookies. Here are the players on each AFC team that could surprise this summer.

Despite being a 14-game starter as a senior for Nick Saban’s most recent championship team, Levi Wallace didn’t hear him name called in the 2018 NFL Draft. Fortunately, being overlooked is nothing new for him, as Wallace started at Bama as a flag football player, which is crazy. The rookie—who led the SEC in pass breakups in 2017—has an opportunity to not only earn a roster spot, but also compete for the No. 3 job behind Tre’Davious White and Vontae Davis.

Former Michigan linebacker Mike McCray would have been the pick here, but he decided to retire from football earlier this week. Instead, I’m going with long snapper Lucas Gravelle to push 39-year-old John Denney (partly because I’m not sure who else would make the team). The veteran has been with Miami since 2005, but bringing Gravelle aboard suggests there’s a chance he is unseated.

He turns 26 in December, so John Atkins getting signed by the Patriots could mean they expect him to contribute immediately. Atkins helped plug holes in the running game as Georgia’s nose tackle last year, and he could be a rotational piece along New England’s defensive front this season. Former Maryland cornerback J.C. Jackson, who went undrafted due to character concerns, could also make the team, but New England is pretty loaded at cornerback.

The Jets might not even keep a fullback if they feel one of their handful of tight ends can handle blocking duties, but Dimitri Flowers brings a little bit of versatility to the position after catching 26 passes for 464 yards and five touchdowns last season at Oklahoma. He also has an NFL pedigree as the son of former first-round pick Erik Flowers, who played in the league from 2000 to 2005.

I think Miami and Baltimore are the two teams that might not have an undrafted free agent make the roster in the AFC, but Christian LaCouture probably has the best shot for the Ravens. The LSU product had 6.0 sacks and 8.5 tackles for loss as a senior, and he could provide good depth and value on special teams as an effort guy.

If the Bengals are really playing impressive second-year pass rusher Carl Lawson at linebacker, then Ja’Von Rolland-Jones has a real shot to be the team’s fifth defensive end behind Carlos Dunlap, Michael Johnson, Sam Hubbard, and Jordan Willis this fall. The former Arkansas State star had 42.0 sacks in four years on his way to winning two Sun Belt Player of the Year awards.

Trenton Thompson is perhaps the most highly-regarded undrafted free agent of all-time, as he was the first ever former No. 1 recruit (2015) to eventually go undrafted. That said, Cleveland might have gotten a steal for Gregg Williams’ defense if Thompson can stay healthy. I compared the rookie to Kawaan Short in the pre-draft process.

This would need to be brought upon by either a) Le’Veon Bell’s holdout taking a dramatic turn via trade/release or b) a significant injury, but Jarvion Franklin (6’0”, 239 pounds) has a history of college production that he will look to carry to the next level by potentially earning a roster spot behind Bell and James Conner. As a true freshman at Western Michigan in 2014, Franklin rushed 306 times for 1,551 yards and 24 touchdowns.

The third member of Kirby Smart’s stacked defense to appear on this list, Davin Bellamy has good length that he would be able to use in one-on-one matchups with the Texans—who, like the Bulldogs, have a loaded defensive front. Bellamy started 25 games for Georgia over the past two years.

It feels like Colts could have some surprising contributors on both sides of the ball, and that includes Skai Moore, who I think could work his way into the starting lineup with a strong camp. I thought Moore was worth a pick in the middle of Day 3, as he simply made plays at South Carolina with 14 interceptions, 20.0 tackles for loss, and 5.0 sacks in four seasons.

Quenton Meeks has a long way to climb on the depth chart this summer, but I’m betting on his talent to prevail, as the six-foot-one cornerback was a top-80 prospect for me. I don’t know why Meeks—an impact player at Stanford that had a 39-inch vertical with an impressive 6.72 3-cone time—wasn’t drafted, especially considering he has zero character concerns, but he will undoubtedly be a player to watch in preseason action.

The Titans might have the best crop of undrafted free agents this year, as besides Deontay Burnett, I think RB Akrum Wadley, TE Ethan Wolf, LB Nick DeLuca, and S Damon Webb all have a shot to make the 53-man roster. Burnett caught 86 passes for 1,114 and nine touchdowns as Sam Darnold’s favorite target in 2017, and it’s possible he starts in the slot if he shows the coaching staff enough next month.

I had Jeff Holland as a borderline Day 2 prospect, and he has a chance to standout behind Von Miller and No. 5 overall pick Bradley Chubb as a relentless pass rusher that can also make plays against the run. For what it’s worth, Broncos defensive coordinator Joe Woods said the rookie was “blowing people away” at minicamp.

Darrel Williams will need the Chiefs to keep another running back behind Kareem Hunt, Spencer Ware, and Damien Williams, but the 23-year-old could turn into a core special-teamer similar to Brandon Bolden in New England, which would give him an edge over Charcandrick West and others. Plus, despite the presence of Derrius Guice, Williams showed well on offense as a senior with 145 carries for 820 yards and nine touchdowns.

The Chargers should have a bolstered interior offensive line in 2018, but the tackles are still a question mark if Russell Okung or Joe Barksdale goes down. Zach Crabtree has the size (six-foot-seven) and experience as a four-year starter for an explosive Oklahoma State offense that put up numbers both in the air and on the ground.

Obviously, none of these rookies are a lock to make their respective teams, but I could see Jon Gruden falling in love with Jason Cabinda this summer and keeping him around. The Raiders are suddenly pretty deep at linebacker, but Cabinda no-nonsense thumper that did a great job leading Penn State’s defense in the Big Ten.