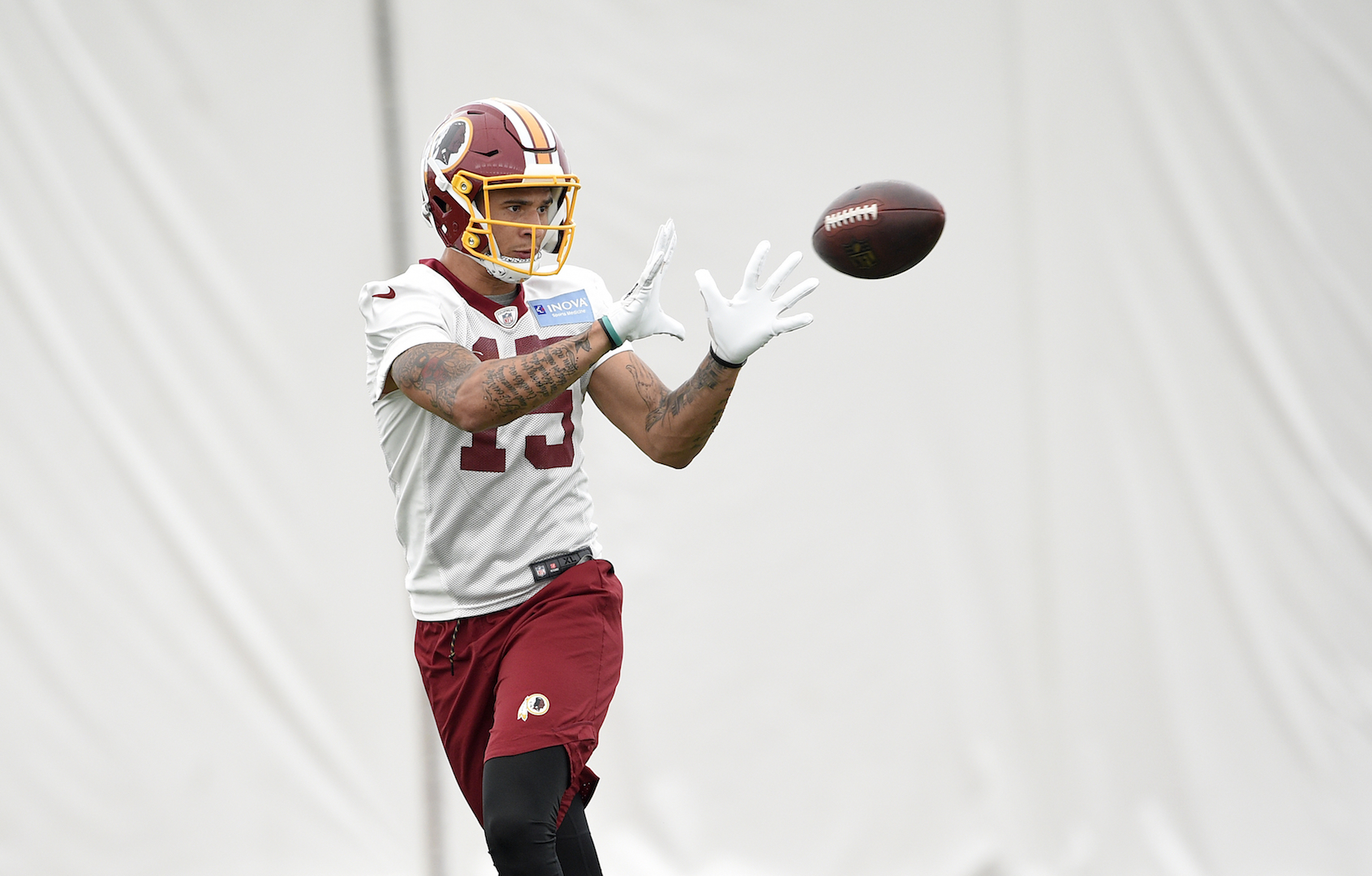 Undrafted Rookie That Could Make An Impact For Each NFC Team


Last week, I went over the undrafted rookies in the AFC that could make an impact in 2018, and now, I’m doing the same with the NFC.

Kameron Kelly started his college career playing wide receiver, but after his freshman year, he transitioned to defense, and he’s switched between safety and corner over the past three seasons for San Diego State. Kelly has the size (six-foot-two) and ball skills to make the Cowboys as a versatile reserve in the secondary.

An injury to supplemental draft pick Sam Beal could open the door for Grant Haley to earn a roster spot with a strong preseason. The nickel corner has great speed (4.44 40-yard dash) and quickness (6.51 3-cone), but he will need to show it on the field. I think his fate could be tied to a performance in the team’s final preseason game, as New York will face the Patriots—which could mean a lot of action in the slot.

The top three running backs are set with Jay Ajayi, Corey Clement, and Darren Sproles, but Josh Adams has a chance to win the No. 4 job in a competition with Wendell Smallwood, Matt Jones, and Donnel Pumphrey. I think if the team wants to stay young at the position, he would have the edge, and there’s no telling what Adams could do with touches in the regular season for the rotating backfield.

There is a trio of possession receivers that went in the seventh round or were undrafted earlier this year that I really like, and that includes Simmie Cobbs Jr. The others (Marcell Ateman with Oakland and Javon Wims with Chicago) have impressed in practice and last night’s Hall of Fame Game, respectively, and Cobbs has a chance to step up with Josh Doctson (shoulder) a little banged up. If the former first-rounder suffers another injury or is inconsistent again, Cobbs is a name to watch.

If the Bears keep another runner behind Jordan Howard, Tarik Cohen, and Benny Cunningham, former Oregon State standout Ryan Nall would be an option. The 22-year-old rushed seven times for 13 yards last night in his preseason NFL debut, but there wasn’t much room to run. And he isn’t close to Jordan Howard, but if the starter gets injured, Nall has the size that other backs on the roster don’t.

Overall, I think the NFC has a weaker crop of undrafted talent than the AFC, so we’ll see if guys can surprise this month to prove me wrong. Arizona State’s JoJo Wicker feels like a Matt Patricia favorite despite a lack of athleticism, and he could be a rotational piece for a scheme-versatile unit.

Again, the rookies in this article don’t have the same roster odds as last week’s guys, but Alex Light should be able to play tackle or guard on a Packers team that could use depth at both spots. One way or another (positively or negatively), Light would make a significant impact if he makes the team and is forced into action protecting Aaron Rodgers.

Tray Matthews was an underrated prospect in my opinion, and he could work his way to the 53-man roster behind Harrison Smith and Andrew Sendejo with a strong camp. Matthews made plays at Georgia as a true freshman and then Auburn once he transferred, so his time in the SEC should help him.

With former starter Derrick Coleman now in Arizona, the Falcons have to fill a void at fullback this offseason, and undrafted rookie Luke McNitt appears to be the favorite. Leading the way for Devonta Freeman and Tevin Coleman is an important role on an explosive offense.

I think Brendan Mahon should climb the depth chart and potentially be the second backup at all the interior spots on the offensive line for Carolina. Mahon played all over for Penn State in four years, and that Big Ten experience should only help him at the next level.

Playing in the Big Ten or SEC automatically gives rookies as edge at the next level, and Taylor Stallworth should benefit from two years as a starter at South Carolina. Plus, the big man is a good personality to have in the locker room, so even if he makes the team and barely plays, Stallworth could still have a positive influence on his teammates in New Orleans.

I think Godwin Igwebuike was one of the most surprising undrafted free agents in this year’s class, as basically everyone in the media thought highly of him. I was a little lower on the former Northwestern star than most, but he was still worth a pick early on Day 3 in my opinion. Igwebuike should make the team in Tampa Bay, which would leave him just an injury or two away from significant playing time.

Airius Moore had to earn a spot on the Cardinals’ 90-man roster through a tryout, but he made the most of it—perhaps in part due to his inspiration/intrigue learning about Pat Tillman in high school. Moore beating the odds to make Tillman’s former team would be an inspiring story in its own right, and he has a chance in a thin linebacker group.

The Rams are also pretty weak in terms of depth at linebacker, so Tegray Scales, who collected 324 tackles, 46.0 tackles for loss, 17.0 sacks, and eight interceptions at Indiana, has the perfect opportunity to continue his football career in Los Angeles. Plus, Scales could benefit from a bunch of talent around him in Wade Phillips’ defense.

My highest-ranked prospect to go undrafted in the NFC, Tarvarus McFadden has the upside that general manager John Lynch covets with the 49ers. Thought to potentially be a Day 1 pick heading into the 2017 season at Florida State, McFadden would do well to learn everything he can from Richard Sherman as a similarly long corner that was thought to have speed concerns for the NFL.

As most know, the Seahawks are all about competition, and Poona Ford could be in a battle with fellow undrafted rookie Eddy Wilson for one roster spot at defensive tackle. I like Ford to have a chip on his shoulder after being an NFL Combine snub and then not hearing his name called in the draft, and he could push for a role in the regular season for a team looking to prove the doubters wrong.