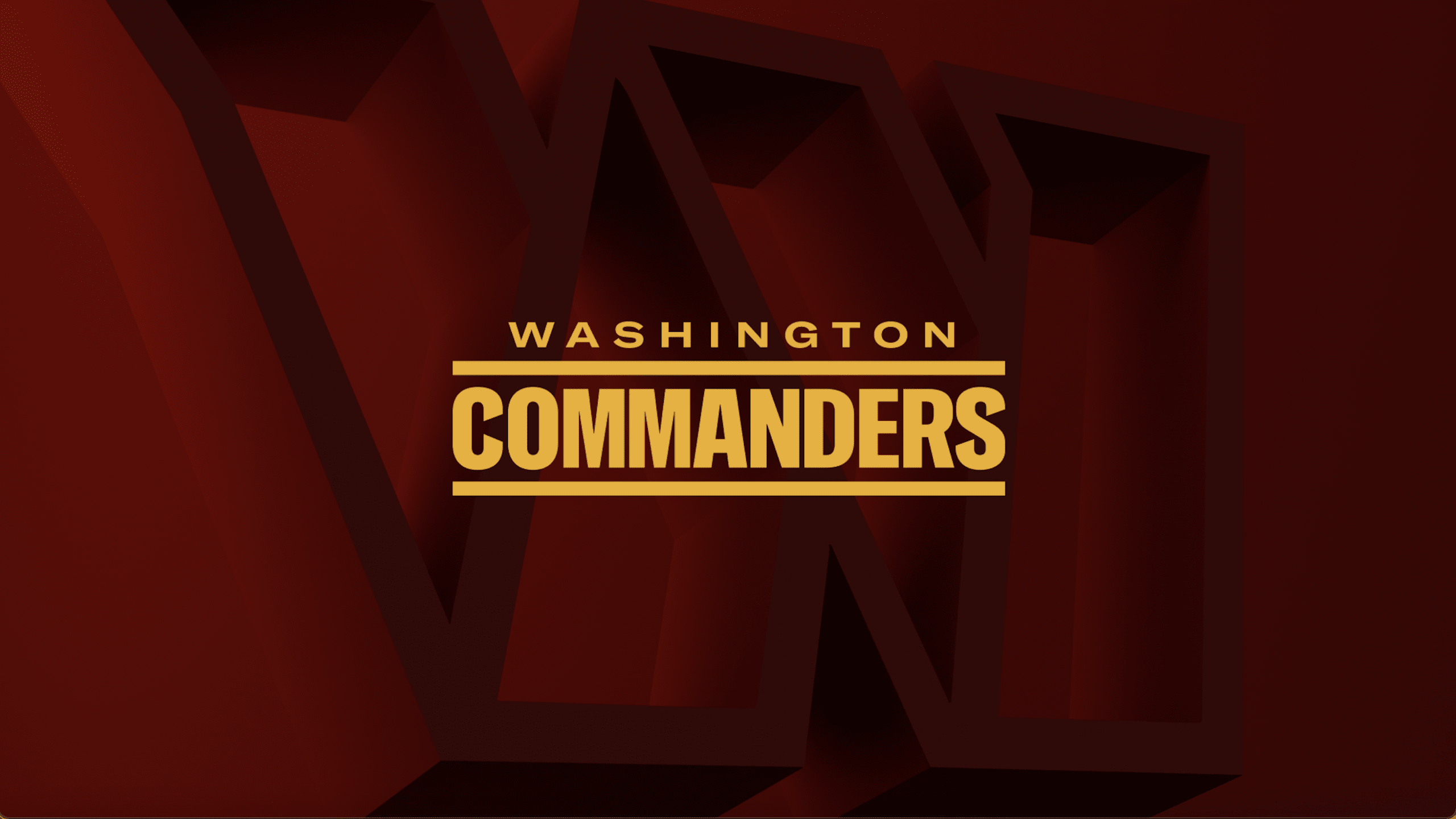 
The leaks were correct: The Washington Football team is now the Washington Commanders. After the Washington Redskins announced they would change their controversial name in the summer of 2020, this new Commanders name completes a process of nearly two years. The announcement from Dan Snyder’s franchise reads, in part:

LANDOVER, Md., February 2, 2022 – Today the team has revealed its new name and brand identity, the Washington Commanders. This new identity embodies the most powerful aspects of Washington’s story by paying tribute to the team’s rich history and championship culture, personified by mission-driven players who take command, forge success and break barriers on and off the field. The result of an 18-month collaborative process with fans, alumni, players, community leaders and stakeholders across the D.C., Maryland and Virginia (DMV) area, Commanders brings to life the commitment to service and leadership that defines the DMV community. Importantly, the team’s new identity also represents the values that bond the Burgundy & Gold family, including resilience, grit, tradition and unity, and honors the progress and potential of its present and future.

“As an organization, we are excited to rally and rise together as one under our new identity while paying homage to our local roots and what it means to represent the nation’s capital,” said co-owner and co-CEO Dan Snyder. “As we kick-off our 90th season, it is important for our organization and fans to pay tribute to our past traditions, history, legacy and the greats that came before us. We continue to honor and represent the Burgundy & Gold while forging a pathway to a new era in Washington. Today may mark the first day for the Washington Commanders, but we are and always will be Washington.”

The team has also revealed new brand elements, including its primary logo, its word mark and a team crest. The primary logo of the Washington Commanders is a powerful “W.” This symbol carries forward an element of the Washington Football Team chapter in the franchise’s history and acknowledges the team’s deep Washington roots, while the W’s angled cuts, bolded lines and serifs signify forward movement and progress. The slanted elements of the stripes bordering the “W” are inspired by military rank insignia, helping to infuse the familiar mark with elements of the team’s new identity. In the word mark, “WASHINGTON” introduces the tall and proud letters of the team’s name. The cuts of the “C” lead the eye across the mark and the two stripes that frame the name pay homage to the D.C. flag and give the mark a sense of power and authority.

One legacy. One unified future.

The song and mascot will be revealed at a future date, but the primary logo, watermark, and team crest are all complete and are featured on the uniforms. The burgundy and gold color scheme remains, but the revamped jerseys offer a new look that include a black alternate uniform.

The Washington Commanders will wear their new uniforms starting with the 2022 NFL season.