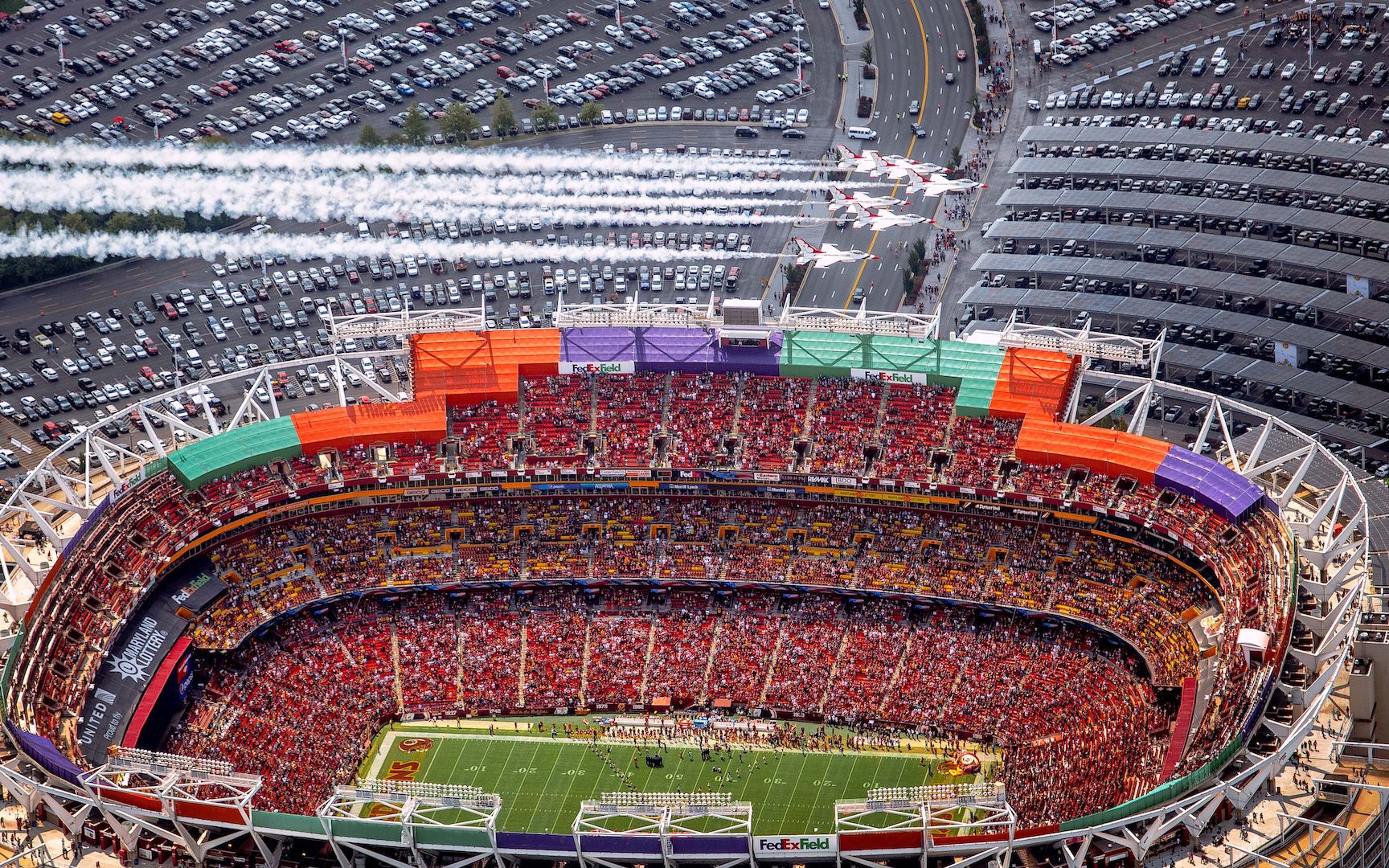 
The Washington Redskins are officially changing their team name, with the new nickname to be announced.

I have always said that Wolves are by far the most underutilized team mascot in sports. We’ve done an NFL expansion series for a few years now, and the team name has been “Wolves” every time. Now, an NFL team with wolves in the name could become a reality, with the Daniel Snyder and Washington apparently considering Red Wolves (or one word, Redwolves) among a few options to replace the Redskins name.

While Wolves should be used more frequently for sports teams, I believe becoming known as the Washington Red Wolves is a bad idea. One reason the Red Wolves name is thought to be in serious consideration is because the team name would still start with “R”—so, for example, the franchise can keep HTTR for “Hail To The [Red Wolves]” (or “Howl To The Red Wolves”).

However, nothing against red wolves, but the “red” is unnecessary. Sure, some will just call them the “Wolves” anyway, but it would definitely be cleaner for the official team name to be the Wolves.

Apparently Snyder wants to keep the burgundy and gold color scheme, in which case Red Wolves is a much better fit than Wolves, which would probably be better off with more of a neutral color palette.

Wolves are awesome, there’s no doubt about that. Almost everyone loves dogs, and dogs are descendants from wolves, but Wolves undoubtedly sounds much better for a team name than Dogs. It’s easy to see why Snyder and company might think Red Wolves would work, and many fans and some players (Dwayne Haskins and Jonathan Allen among them) are already behind it. Momentum appears to be building for Red Wolves.

That said, if Red Wolves are the favorite, just go with the Washington Wolves. A secondary WW logo can work well, and it’s alliterative. Overall, Washington Red Wolves (which almost sounds like a minor-league team from another sport) doesn’t sound as strong as Washington Wolves. The superb Wolves name should not be taken down a notch by adding “Red” in front of it.

There are countless possibilities for the new nickname of Washington’s NFL team. Warriors has been heavily discussed. If Snyder is open to changing to a red, white, and blue color scheme, the franchise could also go with something in line with the MLB’s Washington Nationals and the NHL’s Washington Capitals names.

And personally, I hope to own an NFL team called the Wolves some day. Please don’t ruin it with Red Wolves, Mr. Snyder!