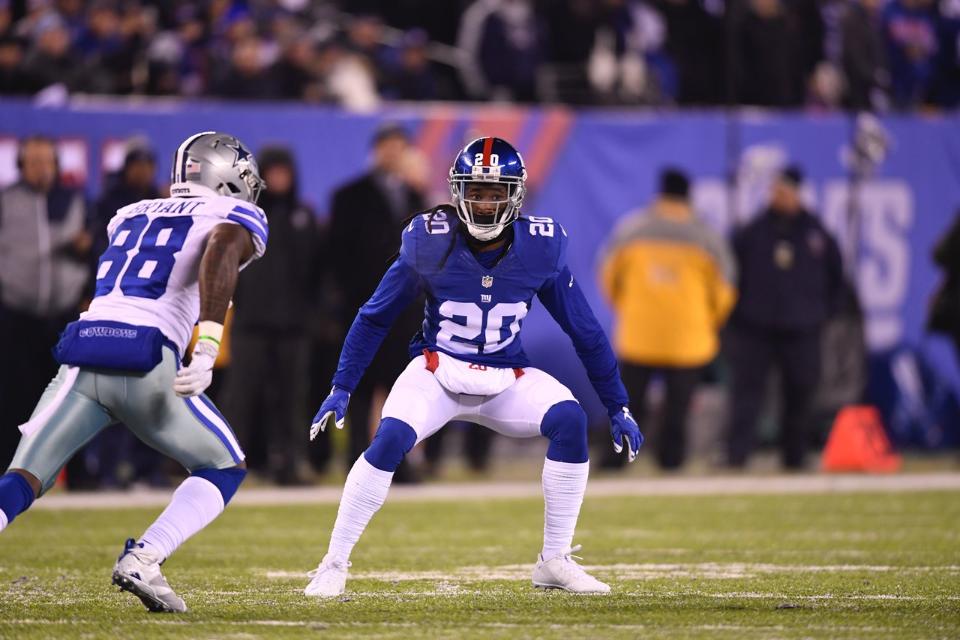 
FOOTBALL. IS. BACK. After a long spring and summer, the 2017 NFL Season kicks off tonight with the defending champions facing another AFC powerhouse in Foxborough. Let’s pick that and all the Week 1 games. [Note: if you didn’t know, the Dolphins-Bucs game has been moved to Week 11 due to Hurricane Irma]

The Chiefs got the toughest draw imaginable for their season opener, as the New England crowd will be fired up like never before, especially with NFL Commissioner Roger Goodell showing himself at Gillette Stadium for the first time since “Deflategate.” That said, Andy Reid is a really good coach, and he’s had plenty of time to prepare for the revamped (but still loaded) Patriots team. I’m anticipating an enjoyable game, but Tom Brady, Brandin Cooks, and Rob Gronkowski on the field together will just be too much for Kansas City to keep up with.

New York was never expected to compete in 2017, but now Buffalo doesn’t look to be a real threat in the AFC East either, as they lost Stephon Gilmore to New England, traded Sammy Watkins to the Rams, and traded Ronald Darby to the Eagles. New head coach Sean McDermott will have the Bills playing hard, though, and the Jets are alarmingly thin on offensive playmakers. Defensively, there are some good young players to watch on both teams, including 2017 first-round pick Jamal Adams for the Jets and 2017 first-round pick Tre’Davious White for the Bills. I like Buffalo at home.

I’m concerned about the Redskins this year after a drama-filled offseason, but for as much as I don’t like the moves made on offense, I really like what they did to their defense; first-rounder Jonathan Allen fits perfectly in their 3-4 alignment, linebacker Zach Brown teams up with Mason Foster in the middle, and D.J. Swearinger will add a fear factor on the back end. The Eagles have a brutal schedule to start the season, and Washington has had their number recently with five wins in a row. Josh Norman is expected to shadow Alshon Jeffery on Sunday, so Nelson Agholor, Zach Ertz, and Torrey Smith will need to step up for Carson Wentz to get off to a good start in his second season.

I think this is the best of the early games on Sunday, as the Raiders and Titans both have young star quarterbacks and aspirations of deep playoffs runs in 2017. Both teams also have question marks in the secondary, and it could lead to a lot of scoring between the 26-year-old Carr and the 23-year-old Mariota. We’ll also see three powerful backs in action with Marshawn Lynch for Oakland and DeMarco Murray and Derrick Henry for Tennessee. This is a potential playoff preview in Week 1.

For all the destruction and devastation in Houston and the surrounding areas over the past couple weeks from Hurricane Harvey, it’s great to see the Texans are able to play the season opener in Houston to show the strength of the city in the face of adversity. This looks like a low-scoring, defensive battle, and after all the great work he’s done in raising money after Hurricane Harvey victims, who couldn’t see J.J. Watt making a huge play late in the game to win it?

One of my bounce back teams for 2017, the Cardinals are just one season removed from a 13-3 record and a trip to the NFC Championship game. Arizona has an elite defense and—when healthy—an explosive offense, and they’ll look to play like they did in 2015, starting this Sunday in Detroit. The Lions made the postseason last year, but they really struggled against playoff teams, going 0-5 against the Packers (twice), Cowboys, Giants, and Texans. This should be a competitive game, especially since it’s in Detroit, but I think the Cardinals are going to be the better team this season.

Head coach Hue Jackson and the Browns are going all-in on rookie quarterback DeShone Kizer, but I am not sure how the trial by fire is going to work out for them. Kizer completed just 6/18 passes for 93 yards and one interception in his lone preseason start, and he wasn’t going through progressions as far as I could tell. He’s got a tall task trying to match the Steelers with all their guys ready to play, which includes training-camp-holdout Le’Veon Bell. Defensively, look for Pittsburgh to throw out a bunch of looks at the former Notre Dame quarterback to try to confuse him.

I don’t think they will make the playoffs this year, but people shouldn’t sleep on the Bears in 2017. Chicago has the most underrated defensive front in the league and will have a ball-control offense lead by running back Jordan Howard and a strong offensive line to compliment it. The Falcons should be focused after their Super Bowl LI collapse, though, and will probably spread John Fox’s defense out to exploit them. This will be closer than many think, but I like Atlanta.

Games between the Ravens/Bengals/Steelers are always tough to predict because the AFC North rivals know each other so well, and it’s doubly hard after both teams made fairly significant changes in the offseason. Baltimore could have the NFL’s best defense on paper with secondary additions Tony Jefferson, Brandon Carr, and Marlon Humphrey, and the Bengals adding Joe Mixon and John Ross on offense should make them more versatile and explosive. Mixon is currently third on the depth chart and Ross (knee) is out though, so I’m picking the Ravens on the road.

The Colts will not only be without Andrew Luck on Sunday and beyond, but their best defensive player Vontae Davis is also out for an indefinite period of time. That’s good news for Jared Goff and the Rams in Week 1, as Sean McVay should have no problems scheming ways to beat the weak Indy secondary. It shouldn’t even matter that Los Angeles is without their best player in Aaron Donald—who I would be gauging the trade market for right now.

Because this game is in San Francisco and Cam Newton hasn’t played extensively since January, it could be interesting. Kyle Shanahan probably has a good script of offensive plays ready to attack Carolina’s zone-heavy defense, and Solomon Thomas and Reuben Foster are ready to change the defense after they were historically bad against the run following NaVorro Bowman’s injury last season. Still, Christian McCaffrey brings a different element to the Panthers offense, and he’d love to have a big debut close to where he played his college ball.

America’s Game of the Week should be a good one, as the Seahawks travel to Green Bay to take on Aaron Rodgers and the Packers. Rodgers had no problems picking apart Seattle for 246 yards and three scores last December in a 38-10 win, but you can be sure that Pete Carroll’s guys remember that and want to put on a good showing this Sunday. A year-healthier Jordy Nelson and a year-more-experienced Ty Montgomery might be too much for Seattle, and I think Russell Wilson will have to air it out—which he can do—to get a win in Week 1.

The Giants had Dak Prescott and the Cowboys’ number in 2016, as New York won both games by a combined four points with suffocating defensive performances. Fortuantely for Dallas, they will have Ezekiel Elliott out there, and he might have some added motivation for more than one reason. Of course, he’s angry about the six-game suspension that he’s still fighting against, but Giants head coach Ben McAdoo also took a shot at him this week, saying, “All backs run the same when there is nowhere to run.” He did also call Zeke “a tremendous ball-carrier,” but it’s still notable, especially because McAdoo also said about the Dallas corners, “If you know who’s playing corner for them, you can let me know.” Expect a physical game on Sunday night, but even after sweeping them last year, I’m not sure the trash talk will help New York.

Someone else with extra motivation this week is Adrian Peterson, as his first game in a Saints uniform will be against his former team on Monday Night Football. I expect a high-scoring affair in this one, but I think Sam Bradford will be able to pick apart the New Orleans defense if Minnesota’s offensive line can hold up. For anyone who thinks Bradford isn’t a good NFL quarterback, just read what Jon Gruden said about him earlier this week when comparing him to Drew Brees.

I think the AFC West is easily the best division in football, as they have four teams who could easily make the postseason. A relocation from San Diego to Los Angeles isn’t that big of a deal for the Chargers (unlike last year for the Rams), and they should be ready for Denver after beating them under the lights in 2016. LA might have the advantage at every position—and that includes cornerback—so I like them to upset the Broncos to close out Week 1.