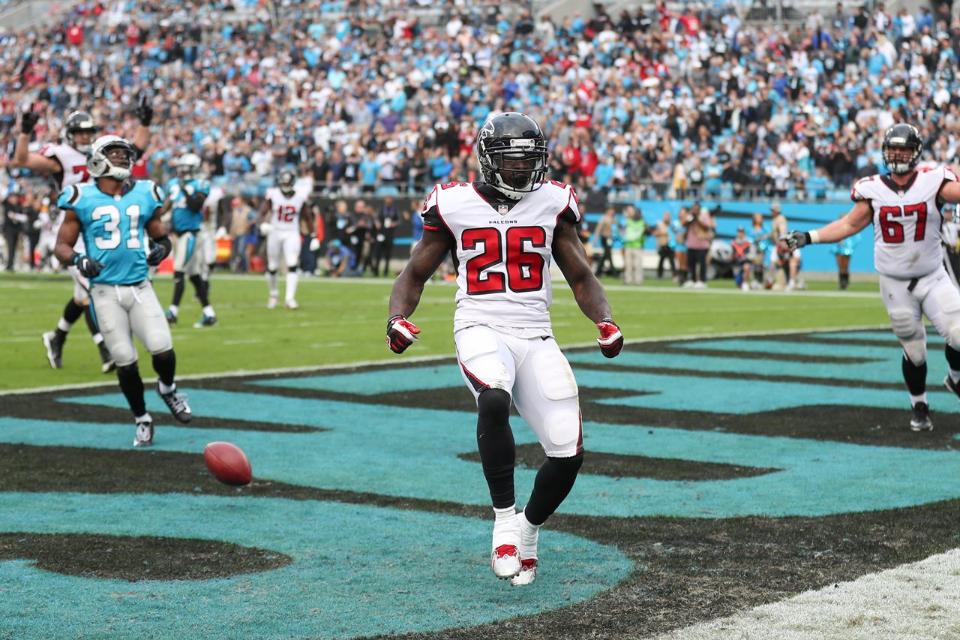 I think I’m just about done picking Thursday night games after getting four-straight wrong, especially after how Buffalo came out so flat against New York in Week 9. This week, things get even more unpredictable with the Seahawks and Cardinals, as the NFC West rivals have had shootouts, shutouts, blowouts, a tie, and everything else over the past few years. Arizona will probably need to keep it low-scoring to have a shot (or not, who really knows…), so I’m taking the Seahawks with the expectation that they will stack the box against Adrian Peterson and make Drew Stanton try to beat them.

Chicago is a team that I’ve been saying not to sleep on all year, and they will be right in the wild-card race with a win on Sunday. John Fox’s squad has an underrated defense with star pass rusher Leonard Floyd and breakout safety Adrian Amos leading the way, so Brett Hundley could struggle again as he seeks his first career win. I still like Hundley’s long-term potential, though, and maybe Green Bay will go to a more fact-paced approach centered around Ty Montgomery—who has killed the Bears—in the backfield. That said, I like Chicago at home off their bye week.

I’m not sure what can really be said about the Browns this season that hasn’t already been said. Everyone knows they passed on Deshaun Watson and Carson Wentz (and could have easily traded up for Jared Goff), but that actually isn’t bad if they are focusing on the rest of the roster first. However, they used a second-round pick on the unpolished DeShone Kizer, then offered a second- and third-round pick for Bengals quarterback A.J. McCarron, which essentially would have been (if the trade went through) three premium picks for two players who might be the guy. No one knows what’s going on behind the scenes, but I actually like Cleveland’s recent draft picks besides Kizer, so owner Jimmy Haslam should find out who is responsible for what and go from there this offseason. I’d be shocked if they picked up a win in Detroit this week.

Pittsburgh has absolutely owned the Colts over the past three seasons, as they won 51-34 in 2014, 45-10 in 2015, and 28-7 last Thanksgiving. Most of the dominance has come from Ben Roethlisberger and Antonio Brown, as Big Ben has averaged 369 passing yards and has a 13:0 touchdown-interception ratio in those games, and Brown has gone for lines of 10/133/2, 8/118/2, and 5/91/3. This season, Indianapolis has allowed the most passing yards in the NFL, so the fun times should continue for Ben and AB, with Le’Veon Bell and 20-year-old JuJu Smith-Schuster getting in on the action, too.

While the Colts have allowed the most passing yards in the league this year, Jacksonville has allowed the fewest—and it’s not really close. The Jaguars have allowed just four touchdown passes, 5.8 yards per attempt, and 156 yards per game through the air. They also have an NFL-high 35 sacks, but the Chargers have actually held up in protection for Philip Rivers, as he’s been sacked just 11 times in eight games. Overall, I like the matchup for Los Angeles’ offense with Keenan Allen and Hunter Henry working the middle and avoiding elite corners Jalen Ramsey and A.J. Bouye, but whoever runs the ball better between Leonard Fournette and Melvin Gordon will likely come out victorious.

Winners of six-straight games, the Saints finally have the running game and defense to support Drew Brees and the passing attack. The future Hall-of-Fame quarterback is actually on pace for a modest 4,428 yards, 26 touchdowns, and eight interceptions, as the team is getting into fewer shootouts and have a more balanced offense. Rookie cornerback Marshon Lattimore has been so good for New Orleans that he got Mike Evans suspended out of pure, boneheaded frustration, and he should have no problems erasing Tyrod Taylor’s new top target in Kelvin Benjamin. I expect a close game with the Saints coming out on top to keep pace with the Eagles, Rams, and Vikings in the NFC.

As I said in last week’s game picks, I don’t know what people saw in Tampa Bay before the season, but they have completely fallen apart and are basically in the Browns/Giants territory of incompetence. The way Jameis Winston and Mike Evans acted last Sunday simply embarrassing, and although he doesn’t turn 24 until the end of the regular season, it’s time for Winston to grow up if he wants to avoid the “bust” label. Ryan Fitzpatrick is going to get a couple weeks as the starter to try to somehow right the ship, but it looks like the Bucs are sinking fast. I’m interested in watching rookie wideout Chris Godwin get extended playing time with Mike Evans suspended, as I had the Penn State product as my 20th best prospect in the spring, and Evans is someone I would evaluate the market for in the offseason. Todd Bowles and Josh McCown should improve to 5-5 this week.

It cannot be understated how huge last week’s win in Seattle was for the Redskins, as after Russell Wilson took the lead late, Kirk Cousins answered immediately with a 35-second, game-winning drive to put them right in the thick of the playoff race. The Vikings want to prove they are among the conference’s elite, though, and Case Keenum has done a great job as a stop-gap between Sam Bradford and Teddy Bridgewater. Look for that to continue coming off the bye week for what seems like a really close-knit team, and Minnesota’s defense should be able to suffocate the inconsistent playmakers for Washington.

In the midst of a four-game stretch against the AFC North that will finish next Thursday night against the Steelers, Tennessee has won three-straight since Marcus Mariota returned to the lineup. The dual-threat quarterback only has 1,519 passing yards and six touchdowns through the air this season, but the receiver position is getting healthier with fifth-overall pick Corey Davis back to create a solid trio with Rishard Matthews and Eric Decker. We’ll see what kind of impact Davis has over the final eight weeks of the season, and the same is true for Bengals rookie running back Joe Mixon. Cincinnati de-activated Jeremy Hill last week so that Mixon could be featured, but he only handled 13 carries for 31 yards and a touchdown. It will be interesting to see what kind of impact both highly-touted rookies have for their respective teams over the next couple months. As for this week, I think Mixon will have the bigger impact, but Tennessee should get a win at home.

While continuity is key in football (particularly for quarterbacks), it’s better to find the right fit rather than having continuity for the sake of continuity. Former Rams head coach Jeff Fisher gets too much criticism by media members, but there’s no denying that the offensive staff he had in place last season wasn’t conducive to Jared Goff’s success. New head coach Sean McVay has done a superb job in his first year with LA, as his spread-the-wealth offense is perfect for his young signal-caller, and defenses aren’t able to stack the box against Todd Gurley or consistently play over-the-top on Sammy Watkins. Unfortunately, we won’t get to see an exciting shootout between Goff and Deshaun Watson, and Houston’s Bill O’Brien will have to completely out-coach McVay and defensive coordinator Wade Phillips to get a road upset.

Just minutes before doing this write-up, Ezekiel Elliott was denied a preliminary injunction, meaning his six-game suspension is—apparently—going to finally begin. That’s obviously a huge blow to the Cowboys, as they control their own destiny with a game against the Eagles next Sunday night and in Week 17, but Zeke will be out of the lineup until Christmas Eve. As I said last week, this could be a blessing in disguise if Dallas is able to win behind Dak Prescott’s arm, as it would give the team a bunch of confidence for a potential postseason run. The first test for Prescott will be in Atlanta in a possible shootout, as I just think at some point the Falcons will figure it out offensively. Steve Sarkisian needs to do a much better job of getting Tevin Coleman the ball more in a variety of ways like Kyle Shanahan did, and that alone could allow the offense to soar. Hopefully it comes this week if Atlanta wants to make a second-half run.

This game is enough reason to get NFL Sunday Ticket if you’re in the New York or Bay Area market. I don’t even think I can begin to predict what kind of game or outcome we will have between these two teams, but the winless 49ers somehow have a lot more stability than the Giants do. Kyle Shanahan is still looking for his first win as a head coach, and this seems like the spot for it. I could see him getting in a play-calling rhythm against a quitting defense, but I could also see the streaky Eli Manning get hot against one of the worst defensive-back groups in the league. Of course, that probably means we’ll get a 13-9 game with no offense to speak of.

Another team that looks to be giving up, the Broncos were simply punched in the mouth against the Eagles last week when they allowed their first three rushing touchdowns of the season on the way to a 51-23 defeat. Denver has now lost four-straight, and things won’t get easier with the fresh Patriots coming to town on Sunday night. Everyone talked about New England allowing 32 points per game over their first four games, but know one seems to want to talk about how they’ve lowered it to 12.75 points per game over the past four. Even though the Pats won last December in Denver, they still probably feel they have a score to settle for losing two years ago in a snowy overtime game and then in the postseason to Brock Osweiler and Peyton Manning, respectively.

Thankfully, the Dolphins put out a much better effort against the Raiders in last week’s primetime loss than they did against Baltimore the week before, and Adam Gase seemed to hit a chord when he traded Jay Ajayi. Replacements Kenyan Drake and Damien Williams looked good in his place, but DeVante Parker’s return to the lineup was probably the biggest factor when it came to the offense improving. Parker is a Julio Jones-like athlete that could give Carolina the same kind of issues Julio did last week when he was a couple missed opportunities away from nearly 200 yards and two scores. I like Cam Newton and Christian McCaffrey to expose the middle of Miami’s defense, though, and Carolina should be 7-3 entering their Week 11 bye.