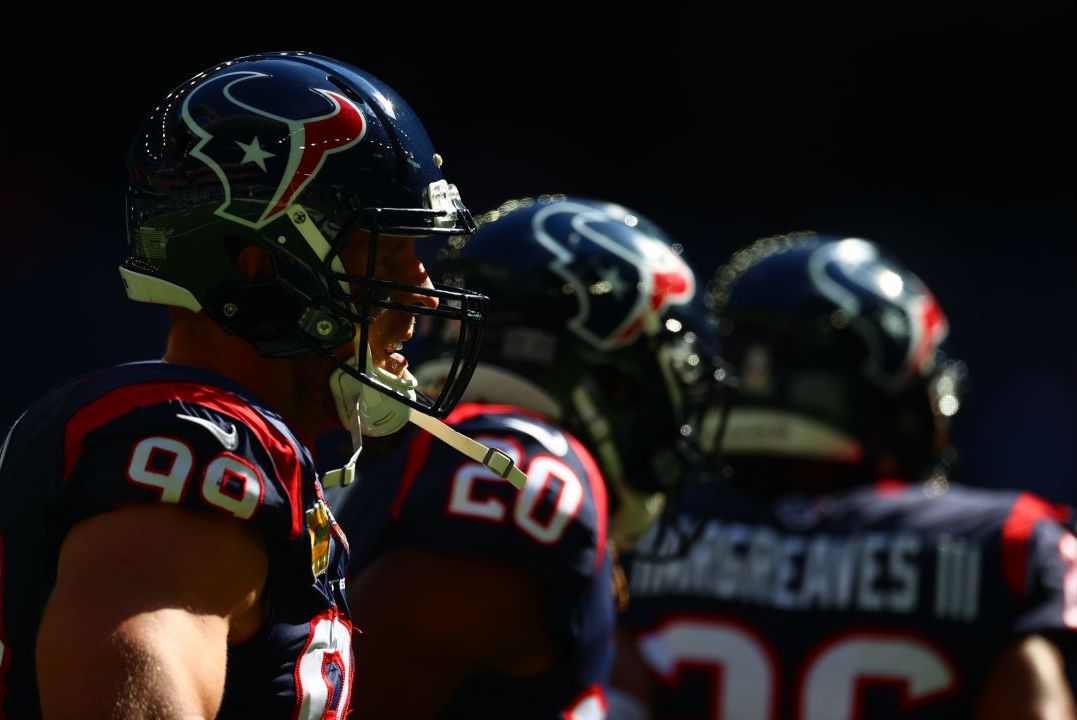 Houston and Detroit both being basically out of the playoff picture by this week is a disappointment, as this matchup could have been between two high-powered offenses hoping to make a push into January. Instead, the Lions come limping in with Matthew Stafford (thumb), Kenny Golladay (hip), and Danny Amendola (hip) all either playing injured or out, while the Texans will be without David Johnson (concussion), Randall Cobb (toe), and Kenny Stills (quad). No matter who is healthy, one clear advantage for Houston is Deshaun Watson’s ability to perform on the national stage, and it’s worth noting that Detroit has dropped their last three games on Thanksgiving. Furthermore, I don’t think the speed of Will Fuller and Brandin Cooks are a good matchup for the bigger cornerback group of the Lions, and winning a shootout at less than full strength would be a tall task for Stafford as J.J. Watt—who absolutely dominated his lone Thanksgiving appearance with 3.0 sacks in a win over Detroit in 2012—tracks him down. It wouldn’t be a huge surprise if the Lions lost in a blowout to put the final nail in the coffin for the current regime.

Despite a combined 6-14 record, the NFC East being the worst division in NFL history makes the main game on Thanksgiving (with Ravens-Steelers postponed) a battle for first place, which is really all we can ask for with the way 2020 has gone. Alex Smith versus Andy Dalton isn’t the quarterback matchup anyone expected when the schedule came out, but both are coming off an important victory, and there are playmakers for each side to potentially provide some excitement. That said, Washington has more of a top-heavy group compared to Dallas, and Mike Nolan’s defense at least showed increased toughness last week—limiting Dalvin Cook to a modest 4.3 yards per carry on 27 attempts; we’ll see if that’s something that can continue. The larger issue for the Cowboys is defending the pass, and Terry McLaurin (7/90/1 in the first meeting) has the speed and ability as a route runner to present serious problems for a secondary that’s missing rookie corner Trevon Diggs (foot), so a heating-up DeMarcus Lawrence (2.5 sacks over the past four games) may need to stay that way to get after Smith. I’ve gone back and forth with this pick, but the Cowboys’ overall edge in firepower could be the difference at home.