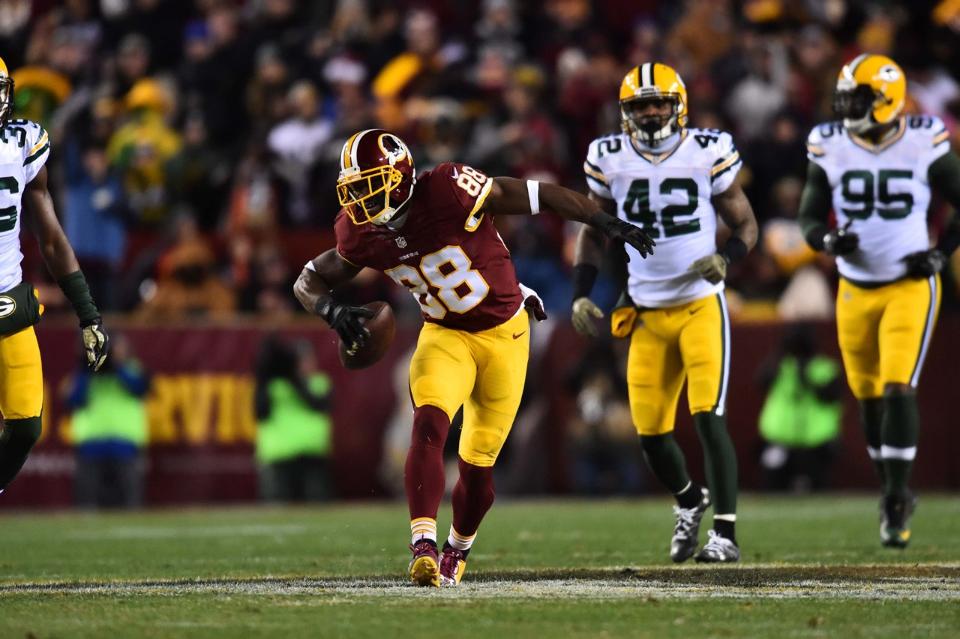 The Patriots didn’t cover the spread, but they handled the 49ers and got the win to improve to 8-2. Rob Gronkowski might miss another week with his chest injury, but the Patriots should improve to 9-2 against the 3-7 Jets.

Dak Prescott continues to exceed expectations after he was a fourth-round pick in the draft. Prescott has an unbelievable 17:2 TD/INT ratio and has the Cowboys at the top of the NFL with a 9-1 record.

Oakland continues to keep pace with New England in the AFC. With the Chiefs loss, the Raiders are alone atop the AFC West, with games upcoming against the Chiefs and Broncos. At 8-2, however, it appears the Raiders will make the playoffs for the first time since 2002, barring a collapse.

Rookie running back C.J. Prosise went down with a shoulder injury days after the Seahawks wavied running back Christine Michael, so Thomas Rawls must step up for the Seahawks down the stretch. Remember, Rawls averaged 119 yards in his seven starts last season (excluding his final game he was injured in).

A loss in Arrowhead to the Buccaneers was unexpected. Maybe the Chiefs were looking ahead to their upcoming matchup with the Broncos. Regardless, expect Kansas City to be ready to play on Sunday night. Getting Jeremy Maclin back would be a huge boost, but he may miss another game with his groin injury. Good news: star outside linebacker Justin Houston made his season debut against the Bucs in Week 11.

Atlanta was on a bye this week, which gave them time to re-group for the final six games of their season. It also gave time for running back Tevin Coleman to get healthy. Hopefully he can return against the Cardinals this week to give the offense a boost.

The Vikings snapped their four-game losing streak with help from Xavier Rhodes and Cordarrelle Patterson; each of them had 100-yard touchdowns in the game. The defense also got back on track with four sacks on Carson Palmer. Let’s see if they can keep it going against the Lions on Thanksgiving.

After their Week 11 bye, will welcome the Chiefs to Sports Authority Field on Sunday Night. The primetime matchup should be one of the games of the year. Denver will really benefit by the return of Aqib Talib, and things will be a lot easier for the Denver DBs if Jeremy Maclin (groin) misses the game.

Kirk Cousins and the Redskins made the Packers defense look like Swiss cheese on Sunday night. Cousins threw for 375 touchdowns and three touchdowns in the game, while rookie running back Rob Kelley ran for three touchdowns of his own. The Redskins are not a team that anyone wants to play right now. Thanksgiving versus the Cowboys should be a great one.

The Giants got through one of the two very winnable games. Now, if they can beat the 0-10 Browns this week they’ll improve to 8-3. If they can get it done, and the Redskins beat the Cowboys, the Giants would be 1 GB in the NFC East with a win over the Cowboys already under their belt.

Ben Roethlisberger threw for only 167 yards in a win over the Browns. Le’Veon Bell handled 36 touches and had over 200 yards with two touchdowns in the game, however. The Steelers play the Colts on Thanksgiving Night, and the Colts may be without Andrew Luck (concussion).

The Colts have looked very good the past two games, taking down the Packers and surging Titans. Unfortunately, Andrew Luck may miss their Thursday night Thanksgiving game with a concussion. It would ruin a potentially awesome game, but Luck’s health is the most important thing.

The Ravens did a relatively good job against Ezekiel Elliott, holding him to 97 yards on 25 carries, but Dak Prescott threw for 301 yards and three touchdowns. The Ravens need to get it done this week against the A.J. Green-less Bengals.

DeAndre Hopkins scored on the opening drive for the Texans, but he was ruled out of bounds. Unfortunately, it’s not a reviewable play and the Texans settled for a field goal on that drive in a 27-20 loss. I can’t imagine the response from some fantasy players that have DeAndre Hopkins on their teams.

Arizona needs to pick it up quickly to remain in NFC contention. After a close loss to the Vikings, the Cardinals will now have to face the Falcons coming off a bye. The Cardinals have one of the best pass defenses in the NFL, but it might be hard to ground the Falcons’ air attack this week.

Despite no touchdowns from Matthew Stafford, the Lions got it done against the Jaguars to keep pace with the Vikings atop the NFC North. The early matchup on Thanksgiving is for possession of first place in the NFC North.

After falling behind 10-0, the Dolphins calmly went on a 14-0 run to beat the Rams 14-10. Ryan Tannehill had ice in his veins down the stretch, throwing the game-winning touchdown to DeVante Parker. Now the Dolphins will play the 49ers with a chance to improve to 6-4.

The Titans fell behind 21-0 to the Colts and couldn’t quite comeback. The slow start cost the Titans a chance to take second place in the AFC South. Marcus Mariota is still playing lights out, and will look to get Tennessee back on track against the Bears.

Well the Packers couldn’t turn it around against the Redskins on Sunday night. The defense gave up six touchdowns, giving Aaron Rodgers and the offense almost no chance to win. The defense will have less of a challenge against the Eagles’ offense this week, but the Eagles give up 9.5 point per game in Philadelphia this season, meaning things won’t get easier for the Packer offense.

The Eagles couldn’t take down the Seahawks in Seattle. They’ll return to Philadelphia, where they are undefeated. Aaron Rodgers is coming to town, though, and despite the Packers 4-6 record it won’t be an easy task stopping Rodgers.

After a close loss to the Panthers last Thursday night, the Saints are 2 GB of Atlanta with six games to go. There is still a chance for them to make a run, but this upcoming game against the Rams is a critical step in that process.

The Panthers stay alive with a 23-20 win over the Saints. Now, Cam Newton and the Panthers will travel to The Black Hole and will have to outduel Derek Carr and the Raiders. The Panthers will likely be without one of the best players in the NFL, Luke Kuechly, who suffered a bad concussion last Thursday.

Jameis Winston and the Bucs came up with a huge win over the Chiefs in Week 11. They’ll need to make it two huge wins in a row, as the Seahawks come to town. The Bucs will try to limit the red-hot Russell Wilson and the Seahawks offense to keep them in the game.

The Chargers took a step back before the bye, but will now try to go on a run here to push for a playoff spot. It starts this week in Houston against the Texans.

The Bills got a 16-12 win over the Bengals, despite no touchdowns from quarterback Tyrod Taylor. Now, the Bills get a shot at former head coach Doug Marrone (current Jaguars assistant head coach and offensive line coach). Of course, Marrone chose to leave the Bills after being the head coach there. I wonder if he’ll get booed?

It looked like the Rams were in business against the Dolphins. Todd Gurley ran for a 24-yard touchdown, his first since Week 5, and the Rams got ahead 10-0. The Dolphins led a late comeback, crushing the Rams playoff chances. We’ll get a great look at Jared Goff these last few games, but the Rams are unlikely to make it to the playoffs this season.

The loss of A.J. Green all but assures the Bengals will not make the playoffs. If Green returns from his hamstring injury, it will likely be in meaningless games.

The Jets will come out of the bye to face the Patriots. Ryan Fitzpatrick is back under center for New York, as he was named the starter again during the bye. I guess they saw all they wanted to see from Bryce Petty.

The Bears have had a mess of injuries this season. Add Jay Cutler back to the list, as he’s likely to miss the rest of the year with a shoulder injury. This may have been the last we’ve seen of Cutler in a Bears’ uniform. Things were not as bad as many people believe them to be with Cutler. Remember, he led them to the NFC Championship Game in 2011.

The Jaguars have taken a step back this season, despite many believing they would take a big step forward. It remains to be seen if owner Shad Khan will show more patience in head coach Gus Bradley.

As I expected, the 49ers played hard but it was not enough against New England. As a big fan of Chip Kelly, I just hope that Jed York realizes that this roster is nowhere near competing and that he should give Kelly until at least next year to show improvement.

RGIII may return for the Browns this season. A Browns win would be fun to watch. That’s all I’ve got for them.