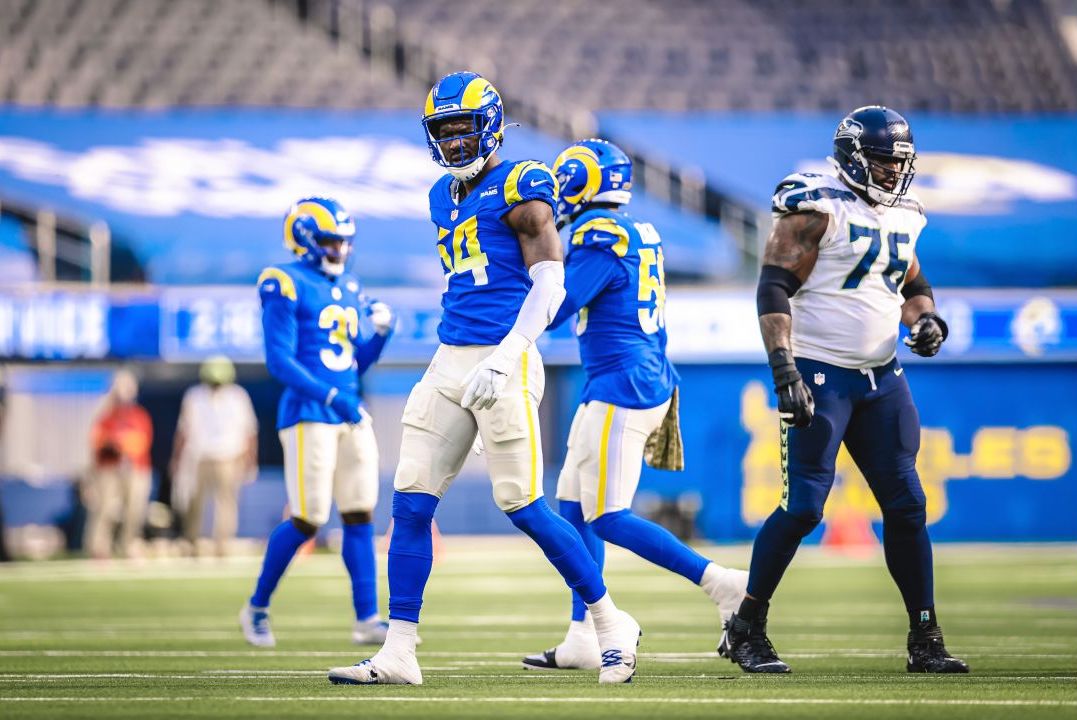 They’ve only had one matchup in the regular season over the past couple of years, but Vikings-Saints has turned into a great NFC rivalry because of their playoff battles—with Minnesota knocking out New Orleans in two of the past three seasons. Fortunately, the Vikings are still in contention for the final wild card spot to make the game more meaningful, so look for them to come out playing hard to stop Alvin Kamara from single-handedly taking over the game with Michael Thomas (ankle) out. The success of Kirk Cousins versus the Saints’ man-to-man coverage (10:1 touchdown-interception ratio in four matchups, including playoffs) could be the difference.

The Lions will come into Saturday with a bunch of coaches—including interim head coach Darrell Bevell—out due to COVID-19 protocols, so it’s difficult to see how they will be able to beat Tom Brady, who has connected on a deep ball in back-to-back games. This could be a total blowout if the Tampa Bay defense gets to a banged-up Matthew Stafford.

Arizona has given the 49ers some problems with Kyler Murray under center, and they are now the favorites over their eliminated division foe. I wouldn’t be surprised if the toughness of C.J. Beathard made it a fight, but the Cardinals have the playmakers on defense to cause havoc.

It would have been great to see more of Marcus Mariota in Jon Gruden’s offense, but Derek Carr (groin) is expected to draw the start, which could be to the benefit of the stingy Miami pass defense. Even if the Raiders find a way to put up points, the size/athleticism of DeVante Parker (hamstring) and Mike Gesicki (shoulder)—if they play—doesn’t seem to be a good match up based on how Las Vegas has covered in recent weeks.

I’m not writing off the Steelers in January, but they need to get things figured out—and quickly. This week could be a challenge because of all the zone coverage Indy will be able to disguise, so balance is key to create better looks for Ben Roethlisberger; if he doesn’t see the field well again, the Colts could end up forcing multiple turnovers. Also concerning is a red-hot Jonathan Taylor getting to the second level versus a depleted linebacker group for Pittsburgh.

Teams shouldn’t sleep on Matt Ryan and the Falcons (especially with Calvin Ridley determined following a Pro Bowl snub), but the Chiefs would gladly accept a shootout if that’s what it comes down to.

Cincinnati won their “Super Bowl” last week, and a letdown could be in the cards on Sunday. I doubt the players and coaches will be thinking about it for the Bengals, but it’s worth noting that Houston doesn’t own their first-round pick in 2021, while Cincinnati would drop from No. 3 overall to No. 4 overall with a win.

New York isn’t being given much of a chance this weekend, but Joe Judge’s team will always play hard, and the success versatile defensive back Logan Ryan had last year with the Titans against Lamar Jackson could be a factor. Still, the Giants struggling on offense could mean the defense needs to put up points for themselves, and that’s a big ask.

Nick Chubb playing in “Gotham” on his birthday? The guy typed in “Batman gets his back broken by Bane” on YouTube a week after his devastating knee injury at Georgia and has used The Dark Knight Rises as motivation since; no way the Browns lose.

A win for Washington this weekend gives them the NFC East crown, and the last thing they needed was a huge distraction created by Dwayne Haskins. Had the former first-round pick still been the third-string quarterback, he’d probably gone, but not hurting the team in the midst of a division race because of the actions of one person is fair.

Hall of Fame quarterbacks Troy Aikman and Terry Bradshaw were both effusive in their praise of Justin Herbert last week on FOX, and the Chargers certainly have a special one on their hands. Denver is hoping Drew Lock can be that guy for them, and these final two games are very important ahead of a stacked quarterback class in 2021.

Washington winning would knock out both Philadelphia and Dallas, but Eagles-Cowboys is basically an elimination game, and as always, the intensity should be high in one of sports’ best rivalries. My main concern for Philly is injury on the backend versus Amari Cooper, Michael Gallup, and CeeDee Lamb, but Jalen Hurts has been great, and he should be again on Sunday for a Texas homecoming.

Including a 23-16 win last month, Sean McVay and Jared Goff are 5-2 against the Seahawks, and Sunday’s matchup could end up deciding the NFC West. No Cam Akers (ankle) is a significant loss as Los Angeles hopes to regain their offensive balance, but Robert Woods, Cooper Kupp, and all the other weapons for the Rams can obviously do serious damage through the air; Jared Goff just need to take care of the ball. Individually, D.K. Metcalf versus Jalen Ramsey is the best battle of the week, and I’m going with the LA defense to be the top unit on the field if their superstar corner can do what he did in the previous meeting.

As explained on the broadcast last Saturday night, Green Bay’s defense wanting to place a priority on stopping the pass explains their susceptibility to opposing running games—but I’m not sure it’s a strategy that should be implemented with Derrick Henry coming to town. Tennessee’s pass defense needs to be better against Aaron Rodgers, but a win for the Titans should put Henry squarely into the MVP conversation.

The Bills have clinched the AFC East for the first time in 25 years and the Patriots have officially been eliminated from playoff contention, but Monday night could turn out to be a ceremonial passing of the crown—as a new powerhouse has emerged in western New York, and the No. 2 seed is in their sights.