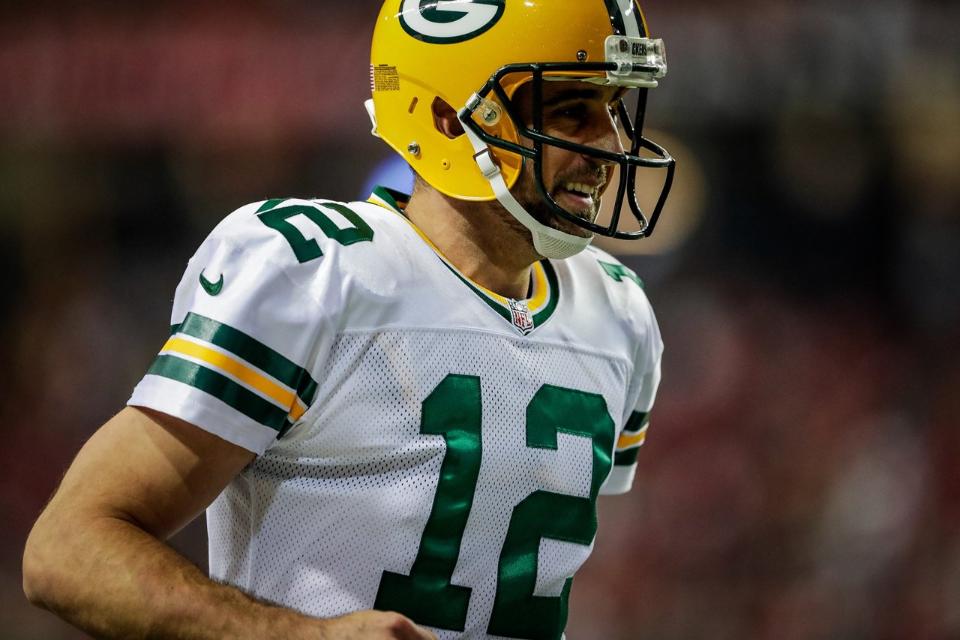 
We will have playoff game picks throughout the postseason, but this week is basically a playoff game for a few teams. Who will get in?

Baltimore lost a heartbreaker on Christmas Day against the Steelers to knock them out of playoff contention, while the Bengals lost on the night of Christmas Eve, also in heartbreaking fashion (but with much less on the line). Baltimore is the superior team all-around, especially with A.J. Green, Tyler Eifert, and others out for the Bengals. Steve Smith Sr. will call it a career after Sunday’s game, and no one expects him to go out quietly.

The Texans were the beneficiary of the Bengals last-second loss on Christmas Eve, as a missed field goal as time expired won them the AFC South and earned them the #4 seed in the playoffs. Houston doesn’t have a lot to play for other than getting momentum—and reps for Tom Savage—as they head into the postseason. Tennessee has had an awesome season after finishing with the league’s worst record a season ago, but Marcus Mariota’s broken leg last week ended their playoff hopes. The Titans should feed high draft pick Derrick Henry this Sunday.

This has been a season to forget for Carolina after they finished 15-1 and made the Super Bowl in 2015-2016. The Panthers were overmatched by the Falcons last week, but that won’t be the case against Tampa Bay. The Bucs need everything to happen for them to make the playoffs, including a 49ers win over the Seahawks and a tie between the Giants and Redskins. At least there’s a chance (even though there really isn’t), so this is a rare “meaningful” game for this week. I still like Carolina.

Big Ben, Le’Veon Bell, and Antonio Brown won’t be playing in Week 17, so the Browns have a decent shot at two wins in a row. They probably don’t want to win so they can have the #1 overall pick in this year’s draft, but NFL players don’t tank. Cleveland will be playing loose with the burden of a winless season lifted from their shoulders, and RGIII (concussion) looks on track to play and will want to earn a starting job for 2017. A loss for the Steelers wouldn’t be the worst thing in the world, as it would likely take the first overall pick away from their division foe.

Whether or not Cleveland wins this week, they have a good chance at having two high first round picks in the 2017 NFL Draft. How? The Carson Wentz trade, so the Eagles will want to win this week to keep the Browns from not having their own first round pick be in the top-10, especially with the draft being in Philadelphia. The Birds are probably going to see at least a little bit of Dak Prescott and Ezekiel Elliott before former Eagle Mark Sanchez takes over for Dallas. No, Tony Romo isn’t going to play.

The Bills fired head coach Rex Ryan and defensive coordinator Rob Ryan following last week’s overtime loss to the Dolphins, which is kind of a curious move with one week to go. General manager Doug Whaley is keeping his job and will head the coaching search, but it might not be much of a search with interim head coach Anthony Lynn the favorite for the job. For whatever reason, the Bills are starting E.J. Manuel at quarterback instead of Tyrod Taylor, whose days are probably over in Buffalo. The Jets are even more dysfunctional than the Bills. There was apparently a halftime blowup by Brandon Marshall in last week’s loss to New England, and he appears to have yet again worn out his welcome with a team.

Minnesota looked like Super Bowl favorites after their 5-0 start, but they are just 2-8 since then. It’s crazy that a team winning five straight to start the year had their offensive coordinator resign, their head coach miss a game with emergency surgery, and most recently, the defensive backs not follow the game plan against the Packers. Not to mention all the injuries on offense (Future Hall of Fame RB Adrian Peterson out almost all year; WR Stefon Diggs in and out of the lineup) and the offensive line completely falling apart. All that said, Sam Bradford has proven he is at least in the top-half of the league’s quarterbacks, carrying 3,627 yards and a 17:4 touchdown-interception ratio to the final week of the season. The Vikings will probably keep Bradford as their starter with Teddy Bridgewater doubtful for the start of 2017, but there will be plenty of suitors if not.

The Colts are heading for their second straight mediocre season after finishing 8-8 last season, and perhaps it is karma for the witch-hunt after the AFC Championship loss to New England (i.e. Deflategate); even with Andrew Luck, the Colts could be destined to mediocrity. Jacksonville blew out the Titans last week, and their young talent makes them arguably the best head coaching job opening in the league. They will have another high draft pick to add to their roster no matter what happens this Sunday.

We actually have a big-time Week 17 AFC East matchup for once, as the Patriots need a win (or Raiders loss) for the #1 seed, and the Dolphins could move up to the #5 seed with a win and a Chiefs loss. Going from the six-seed to the five-seed might not seem like a huge deal, but it is; wouldn’t you rather travel to Houston to face Tom Savage rather than Pittsburgh to face Big Ben? The Dolphins are a completely different team than they were in their Week 2 loss to the Patriots, and in a good way. However, the Patriots were also different, as they didn’t have arguably the greatest football player of all-time in the lineup back then.

The Chiefs have lost a couple games to lesser teams this season that may cost them a first-round bye in the playoffs, but all they need to do is win this week and have the Broncos beat the Matt McGloin led Raiders to get the #2 seed; Andy Reid and his guys know how important that would be. The Chargers are possibly playing their final game in San Diego this Sunday, so Philip Rivers and his team are sure to put up a fight for their division rivals. Still, they just don’t have enough healthy players to get it done.

What will happen with Arizona this offseason? Carson Palmer took a big step back, Bruce Arians battled some scary health issues this season, and Larry Fitzgerald doesn’t even seem sure about returning. This losing season was really deflating for the veteran Cardinals, and it’ll be interesting to see what they do this offseason; could Bruce Arians be a surprise firing that ESPN’s Adam Schefter alluded to last weekend? If so, the Cardinals would be looking at a quick retool rather than a rebuild with some All-Pro players in their primes on the team. LA better find the right head coach this offseason if they don’t want to waste the careers of both Todd Gurley and Jared Goff, the latter of which doesn’t even have an NFL win yet.

Derek Carr is obviously a tremendous loss for the Raiders, and they probably don’t have a chance at a Super Bowl now, but don’t count Matt McGloin out. The former Penn State quarterback is one of the better backups in the league, and he made a big-time throw last Saturday to seal the game against Indianapolis. Oakland has an elite offensive line and a good running game that will need to carry them in January. Denver was officially eliminated from playoff contention with their Christmas Night loss to Kansas City, so neither Super Bowl team from last season will make the postseason. People complaining about Dontari Poe’s jump-pass touchdown last week need to get over it; the Broncos called a timeout, so they obviously felt the game wasn’t over yet.

The Giants are locked into the #5 seed no matter what happens this weekend, and the Redskins will get the #6 seed if they win (and GB @ DET isn’t a tie). So, Washington has everything to play for while New York has nothing to play for. Seems simple enough.

Chip Kelly deniers are probably in for a disappointment this offseason, because as Jay Glazer said several weeks ago, Kelly isn’t getting fired. Coach Kelly and 49ers front office executive Tom Gamble were seen together at a bowl game just last night, and word out of San Francisco is that GM Trent Baalke will be fired and replaced with Gamble, who worked with Kelly in Philadelphia. I expect a year-two turnaround similar to what Tennessee did this season. Seattle’s loss last week to the Cardinals was huge, as they are now looking at the #3 seed unless the Falcons lose. They should take care of business against a talent-less Niners team and avoid falling to the #4 seed, though.

This will be a fun game to watch, as the top-two offenses in the NFL face-off in the regular season finale. The Saints are first in the league in yards and second in points (29.1 points per game), while the Falcons are second in the league in yards and first in points (33.5 points per game). Matt Ryan has a very good chance of winning his first MVP award with a victory and first-round bye, but I think he probably needs an unspectacular game from TB12, too. Either way, Ryan has proven he is an elite quarterback this season, but he needs to get it done in the playoffs. New Orleans just wants to play spoiler and avoid a losing season, and will also try to get Mark Ingram 60 yards for his first 1,000-yard season.

Most football fans should be hoping for a Redskins win earlier in the day so that the Sunday night matchup is for the NFC North crown and one playoff spot; that is actually barring a tie, where both teams would make it. Could you imagine if the division rivals decided to tie so both teams made the playoffs? That would be like *potential Game of Thrones spoiler* Jon Snow and Ramsay Bolton calling a truce and ruling the North together, which of course would never happen *end of spoiler*. On the field, though, I am not betting against Aaron Rodgers and the red-hot Packers. Matthew Stafford needs to play out of his mind to outscore Green Bay.

If these picks are correct, the playoff matchups would look like this: