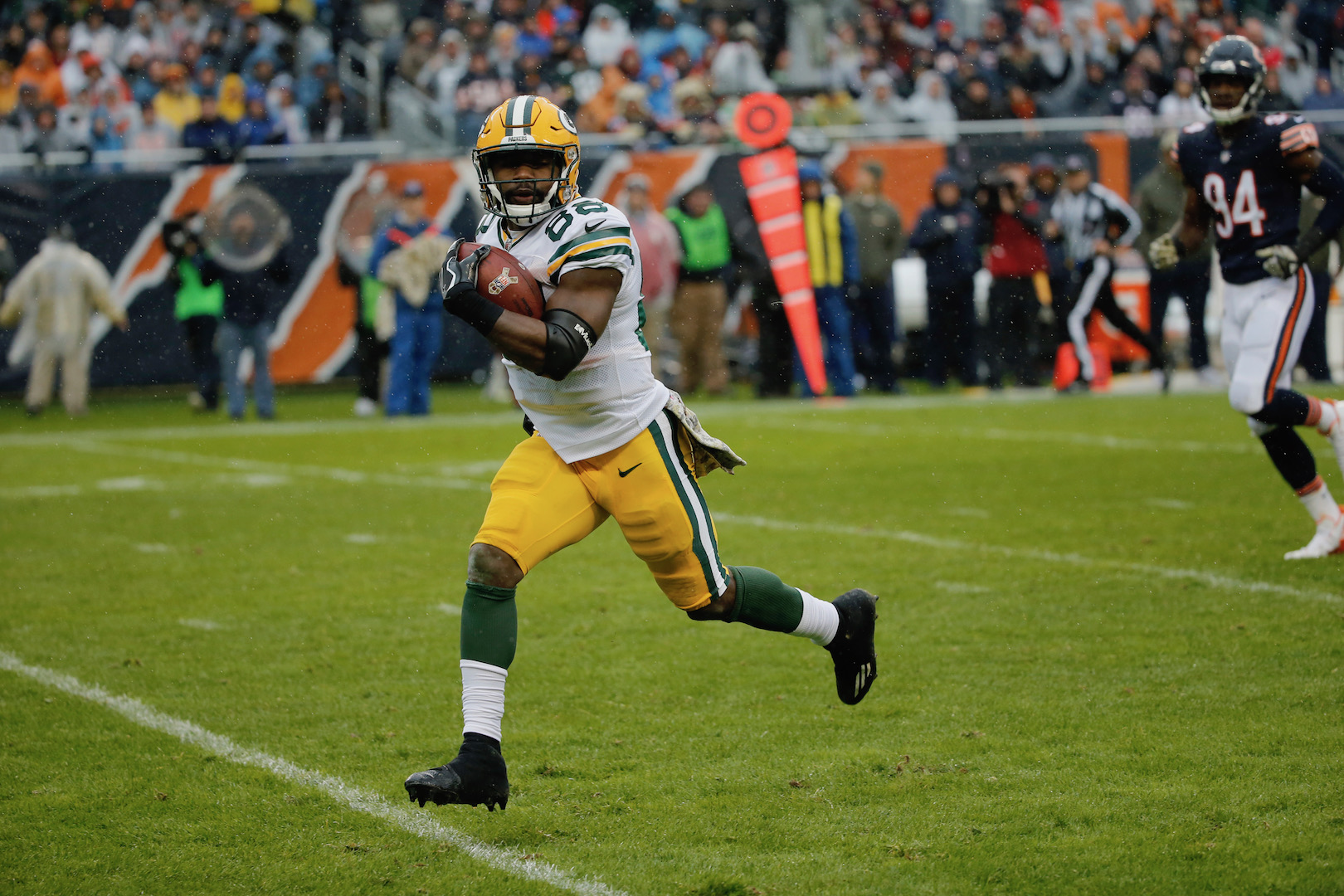 Even with some key starters set to rest for the Eagles, this could be a heated exhibition between the defending Super Bowl champions and a team that didn’t win a game last year. For Philly, they will be more focused after a poor showing last week that caused Doug Pederson to be as mad as he’s ever been because of his team’s performance, and for Cleveland, their competitive personalities up and down the roster will want to take a shot at “the king” as a way to prove they are ready to win in 2018. Also, Nick Foles being healthy gives this primetime matchup on FOX a boost, and Baker Mayfield could even get some time with and/or against the starters depending on how long the Browns want to see Tyrod Taylor.

Tom Brady looked ready to get his age-41 campaign going with 19 completions on 26 attempts (73.1%) for 172 yards and two touchdowns in the first half against the Eagles last week, so it will be interesting to see how much action—more or less—he gets tomorrow night. Brady probably wants to continue working on the chemistry with his receivers, especially now that the top three of Julian Edelman, Chris Hogan, and Phillip Dorsett appears to be locked in. New England’s secondary is beginning to look clearer, too, with Eric Rowe and Duke Dawson expected to start alongside Stephon Gilmore after Jason McCourty struggled last week.

The Jets have been arguably the best team to watch this preseason with a starting-caliber quarterback (Sam Darnold, Teddy Bridgewater, or Josh McCown) being on the field for every offensive snap, so there is definite reason to tune in again on Friday night. It sounds like Darnold has a chance to solidify himself as the team’s starter, which should excite New York fans for 2018 and beyond, but Teddy B has also been a joy to watch and could be traded if an injury hits the league this weekend. As for the other New York team, with Saquon Barkley (hamstring) still recovering, there are other rookies to keep an eye on, including Day 2 picks Lorenzo Carter and B.J. Hill on defense.

He won’t be wearing No. 28, but Adrian Peterson is back and looking to prove the doubters wrong yet again after signing a one-year deal with the Redskins earlier this week. “All Day” could quickly find himself atop the depth chart in Washington, and behind their elite offensive line, he should have a lot more room to run than he did last year with New Orleans or Arizona. Even if it’s just a handful of carries, it will be fun to see Peterson suiting up again. Bringing the excitement for the Broncos, backup quarterback Chad Kelly has completed 70.6% of his passes for 267 yards, three touchdowns, and one interception in two games, but he’s also absorbed 11 sacks. Fortunately, he should have a couple years to sit behind Case Keenum to see if he’s the potential quarterback of the future in Denver.

Can the Vikings offense finally get rolling this week? They made quick work of Denver’s unprepared defense in the preseason opener, but they were extremely sloppy last week against Jacksonville, with Kirk Cousins going three-of-eight for 12 yards and Latavius Murray fumbling twice. Perhaps the potential 2018 debut of Dalvin Cook will get them back on track, but my biggest worry is the chemistry of the passing attack, particularly between Cousins and Adam Thielen, as the pair has yet to connect in a game. This game will also be a good test for Seattle’s offense, as the offensive line holding up against Minnesota’s stacked front would be a good sign for the regular season.

This will be a big game for Ronald Jones having an early-season role in the Tampa Bay backfield, as through two weeks, the rookie has just 11 yards on 12 carries and has also struggled as a receiver. At the same time, veteran Peyton Barber has rushed ten times for 53 yards (5.3 YPC) to separate himself from the second-round pick, so the matchup with Detroit gives Barber a chance to remove all doubt in regards to the starting job. I wish first-rounder Vita Vea (calf) was playing, but this game will be telling for both teams—and on both sides of the ball—as a tune up.

While this game will kick off at 10:30 PM ET, it actually won’t be shown on NFL Network until 11:00 PM ET, which is a disappointment and doesn’t really make much sense other than to give CBS more viewers for the end of Lions-Buccaneers. Nevertheless, Jordy Nelson facing his former team is a storyline to watch (even in an exhibition), and Jon Gruden’s offense in general could add a little more flavor with the starters as the Raiders prepare for Week 1 against the Rams. I think Oakland’s wideouts will be an excellent test for Green Bay rookies Jaire Alexander and Josh Jackson in the secondary.

This would be a really good regular season game in my opinion, and it should be treated as such between two talented teams led by second-year quarterbacks. I want both Mitchell Trubisky and Patrick Mahomes to connect with their big-ticket wideouts (CHI: Allen Robinson; KC: Sammy Watkins), but other than a quarterback making his first start in Buffalo this weekend, I might be more pumped to see Roquan Smith than anyone. If the Georgia product reaches his potential, he will be the next great linebacker to continue to legacy of Dick Butkus, Mike Singletary, and Brian Urlacher before him. It wouldn’t be surprising to see Smith fill the stat sheet in his first NFL game action.

If this were the regular season, Texans-Rams would arguably be the game of the week. However, we shouldn’t get too excited about the August matchup between two explosive offenses and two high-profile defenses, as Todd Gurley has been ruled out and Jared Goff probably won’t play either. That could lead to Bill O’Brien following suit and playing it safe with Deshaun Watson and his other big names, which will make for a game that is important for roster spots more than anything else. Still, there could be future stars that make a name for themselves, and trying to pick those guys out is reason enough to watch any and every preseason game.

Other than the players that are injured or holding out (i.e. Le’Veon Bell), the Steelers are apparently going to play their starters this Saturday, meaning Ben Roethlisberger will be out there, and Antonio Brown has a chance to see the field if his quad is deemed 100% healthy. They will be opposed by a Tennessee team that surely remembers getting blown out 40-17 on Thursday Night Football last season, and the Titans’ first-team offense has a bunch of momentum (two touchdowns in three drives this preseason) that they would like to keep going in what should be their final appearance before the opener.

I think we could see Andrew Luck play almost the entire game against the Niners to knock as much rust off his game as possible before September, so it will be interesting to see how the backs, receivers, and tight ends are utilized by head coach Frank Reich. Fourth-round pick Nyheim Hines has struggled mightily so far with three fumbles in the return game and just eight carries for 19 yards, but I want to see him extensively with Luck as a dangerous pass-catcher in the backfield, out of the slot, or on the outside. I also want to see Malik Hooker—who I compared to Ed Reed last year—make his return after a torn ACL ended a promising rookie season last fall.

We are still a couple weeks away from the regular season, but Jalen Ramsey is already going to be tested for his “takes” about many of the league’s quarterbacks earlier this month. Julio Jones, who is being held out to avoid injury, wishes that he could play to help Matt Ryan make Ramsey eat his words after calling the former NFL MVP “overrated,” but I think Matty Ice will be fine with Tevin Coleman, Calvin Ridley, Austin Hooper, and others picking up for Julio and Devonta Freeman being rested. And since it’s a preseason game, Ramsey could have extra pressure to perform because Ryan really has no consequences for targeting him early and often if he really wanted to.

Coming from someone that had Lamar Jackson as a top ten prospect for the 2018 NFL Draft, I think it’s absolutely silly to consider him more impressive than any of the other first-round quarterbacks this preseason, but that’s exactly what has happened with some analysts apparently wanting to play social justice warrior instead of honestly evaluating players. In the long run, I don’t think that’s any more helpful than those already labeling Jackson a bust, which is also silly. It will take time, but Jackson should turn into a game-breaking quarterback that can win with his arm and legs. We’ll see if he makes any strides this week, but Joe Flacco and the revamped starting offense will probably get most of the reps on Saturday night.

There isn’t much to sell for this exhibition other than there being two Super Bowl hopefuls on the field, so a national audience watching on CBS should simply enjoy the starters in extended action. If the Saints in particular decide to go deep into the bench unlike most teams in the third week of the preseason, I want to see what J.T. Barrett does after finding the end zone last week. The Big Ten legend has the intangibles to stick around in the league for a long time, but he could have some work to do over the next two games to make the team’s 53-man roster.

I’ve been one of a select few to be on the Josh Allen bandwagon all along, and while it’s just the preseason, it’s been pretty funny to see people on Twitter already admitting that they might have been wrong about the Wyoming gunslinger in the pre-draft process. The early-season schedule made me believe that Allen would be held out of the lineup until Week 4 of the regular season, but things have really softened up with Jimmy Smith getting suspended (Week 1 @ BAL) and Casey Hayward dealing with a hamstring issue (Week 2 v LAC). So, if Allen—who is getting the starters treatment all week for a Sunday game—performs well again, he could be named the team’s starter, which would be quite the story for a guy that “isn’t accurate” and was called a “low-probability prospect.”

Through two preseason games, Sam Bradford has completed seven-of-seven passes for 67 yards, but I think we could see the training wheels taken off this Sunday night as the Cardinals prepare for the regular season. If that’s the case, Bradford will put his arm talent and accuracy on full display against a shaky secondary, and we should get a good look at what kind of personnel Arizona wants to use behind Larry Fitzgerald. And if the team understandably wants to protect their starting quarterback by limiting his snaps compared to the rest of the first team, it will be good experience for Josh Rosen to play with the ones against “America’s Team.”