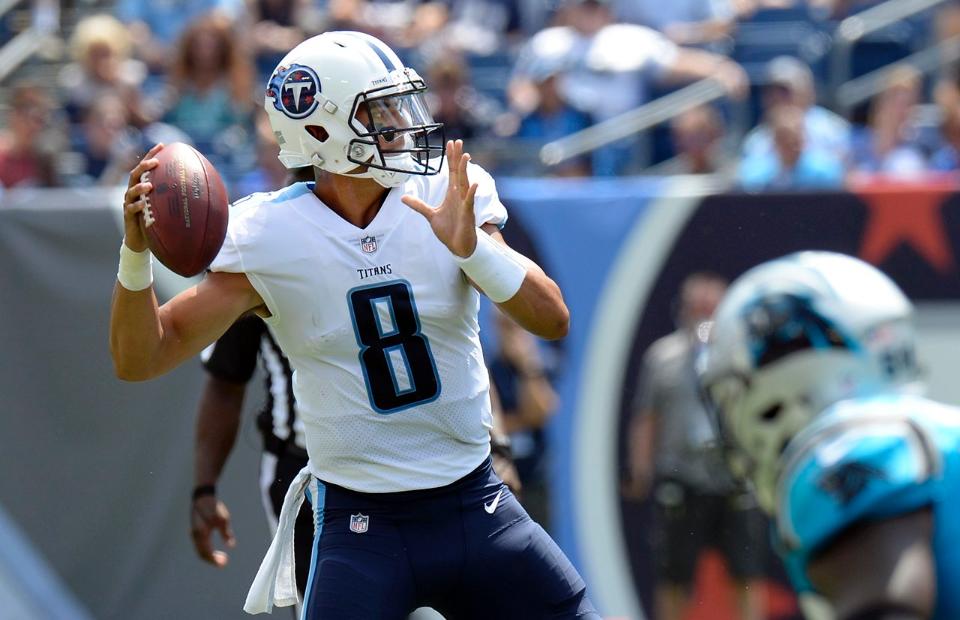 
It’s the third week of the preseason, and that means we should see most of the starters for every NFL team play for an extended period of time in preparation for the regular season. Here is what you should be watching in each game.

I could see Cutler playing in the fourth preseason game to knock as much rust off as possible, but tonight might be the last action he gets until the regular season. If so, he could build some confidence and momentum against a soft Eagles secondary, as they will struggle to contain DeVante Parker, Jarvis Landry, and Kenny Stills. Also, on the other side of the ball, look for Philly to target Byron Maxwell and for Maxwell—a top-ten cornerback—to make some plays after forcing two fumbles last week.

Reason to watch: Quarterbacks on both sides

As expected, longtime backup quarterback Chad Henne will start for Jacksonville and looks like the favorite to be under center in Week 1. Blake Bortles will also continue to play with the first-team offense tonight, but his time with the Jaguars could be winding down if they decide he isn’t worth keeping around because of the injury risk. Henne should be the starter as long as he doesn’t implode against Carolina. For the Panthers, Cam Newton will play for the first time this preseason as he returns from shoulder surgery, and it will be fun to see him and Christian McCaffrey on the field together.

After Rex Burkhead’s impressive performance on Saturday night, fellow free-agent signing Mike Gillislee healed up quick and should get some snaps in the regular season dress rehearsal. This might be the most talented Patriots offense ever, and we should get an extended look at them this week.

Yes, Tony Romo. The quarterback-turned-broadcaster will make his CBS debut on Friday night in Seattle, and it will be interesting to watch/listen to his analysis for the first time. Romo wouldn’t have immediately been hired as the #1 color commentator for the network if he wasn’t expected to be really good at his new job, so NFL fans should be happy to have some fresh insight in the booth.

If the Falcons are going to have a disappointing season after last year’s Super Bowl collapse, they haven’t shown it in the preseason. Matt Ryan has scored a touchdown on both of his drives this month, and he will look to keep it going against a tough Cardinals defense. Offensively for Arizona, they need John Brown healthy to really be potent, but a re-energized Carson Palmer with all-world running back David Johnson and future Hall-of-Famer Larry Fitzgerald could find their way back to the playoffs in the NFC.

The Bills are not expected to win many games in 2016, but they still have a lot of talent on defense, including some early-round picks in the front-seven that will hopefully reach their potential under new head coach Sean McDermott. They also have a potential shutdown cornerback in 2017 first-rounder Tre’Davious White that people should keep an eye on. Opposing them, the Ravens defense seems to be flying under the radar a bit, but I think they will have the best defense in the league this year.

I have been puzzled all month as to why the Giants struggling offense won’t give rookie fourth-round pick Wayne Gallman a chance with the starters, and Jon Gruden shared the sentiment on Monday Night Football; one would think Ben McAdoo would give the rookie a shot soon enough, and Gallman could supplant Paul Perkins as the starter if he plays well. The other New York team also has a rookie from Clemson in tight end Jordan Leggett, and he looks like an immediate contributor for a Jets team lacking playmakers on offense.

With Le’Veon Bell (holdout) not expected to return to the team until September, Pittsburgh has protected the other two members of their explosive trio by sitting them out so far this preseason. That should change this week, if only for a little bit, and gives us a reason to watch an otherwise lackluster game as Andrew Luck continues to recover from offseason shoulder surgery.

Hue Jackson has named rookie quarterback DeShone Kizer the starter for the third preseason game, and his words suggest the second-round pick will start when the real games begin, too. Having watched every snap the Browns have played this month (including a team scrimmage), it looks to me that the head coach really wants Kizer to win the job. The rookie only completed two passes beyond the line of scrimmage on Monday night, and that won’t get it done. Cody Kessler, who has been demoted to third-team quarterback, went 7/7 and completed a handful of throws outside the numbers, which is an area he had success as a rookie despite a “lack of arm strength.” We’ll see if Kizer solidifies himself atop the depth chart against Tampa Bay.

Reason to watch: Last appearance of Ezekiel Elliott until October?

Expected to see some playing time on Saturday night, this could be the last look Cowboys fans get of Ezekiel Elliott until two days before Halloween. Last year’s leading rusher probably won’t see too much work as Dallas tries to get Darren McFadden ready for a tough slate of early-season games, but it would be surprise is Zeke wasn’t running angry for as long as he’s in there.

The 2016 first-overall pick Jared Goff shredded the Raiders last Saturday night, and Sammy Watkins simply being on the field seemed to add a new dimension to the Rams offense. Despite being held to eight yards, Watkins nearly reigned in a long touchdown pass, so he will look to build chemistry with his quarterback heading into the regular season. They could be an elite combination in the very near future.

We have yet to see Drew Brees, Mark Ingram, or new Saint Adrian Peterson on the field this preseason, but they all should be out there for the first time this week. New Orleans should have a very dynamic offense with the two veteran backs along with rookie Alvin Kamara, and I am eager to see how Sean Payton uses all three of them with Drew Brees at the controls.

Although neither team will have a gameplan fully installed, it’s hard to get a better preseason matchup than this one, as a top-five offense will face a top-five defense. Aaron Rodgers and Jordy Nelson both made a surprise appearance in the game last week, so they should get a little more playing time against Denver, and will be joined by Ty Montgomery after he sat out the second game with a leg injury.

Reason to watch: Young stars on each side

Sunday will have games all day this week, and this one is the most intriguing for me. Marcus Mariota is obviously an emerging superstar for the Titans, but the Bears have some great young players of their own, including running back Jordan Howard and pass rusher Leonard Floyd. Also, second-overall pick Mitchell Trubisky is getting first-team reps for Chicago, and he might unseat Mike Glennon with another good outing.

I am curious to see if Kirk Cousins and Terrelle Pryor can finally connect, but Bengals rookie Joe Mixon is the main reason to tune in to FOX’s second game on Sunday. Mixon will probably mix in with Jeremy Hill, but he might force the coaching staff to make him the workhorse the regular season with Marvin Lewis potentially facing a make-or-break year.

Reason to watch: Latavius Murray’s fit in the Vikings backfield

After Dalvin Cook totaled 50 yards on eight touches against Seattle’s first-team defense, he it likely locked-in as the starter for Minnesota. Now, it’s up to Murray to carve out a role for himself in the backup after a slow recovery from offseason ankle surgery. Last season, Latavius proved to be one of the best goal-line backs in the NFL, and Minnesota’s offense could use his touchdown-scoring prowess behind the rookie.