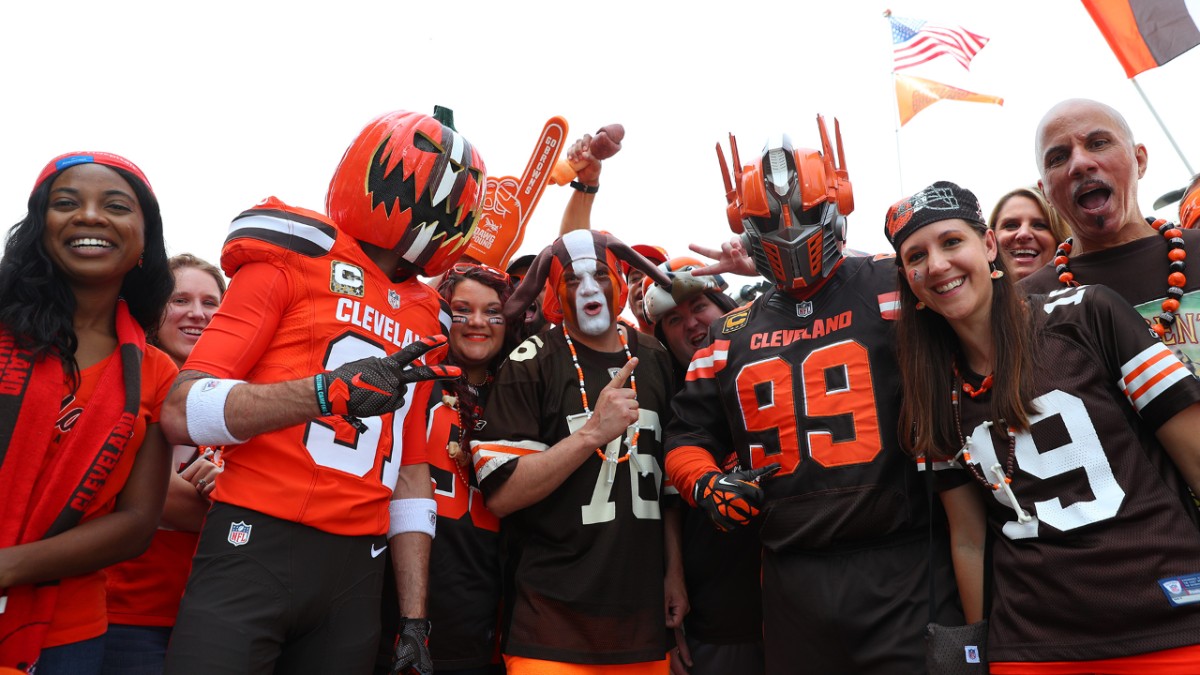 
Because tonight’s final slate of preseason games will feature few to no starters, I’m going to just name a particular player I will be watching for each matchup, almost all of which are rookies. Next week, we will finally have real football and game picks (we were No. 1 in the nation for the 2017 season), so stay tuned or get Fantasy Consigliere for early advice and much more. [Note: we will also have against-the-spread picks this year.]

The Browns have remained adamant that Tyrod Taylor is the clear starter and will be for the entire year, so Baker Mayfield isn’t getting any preferential treatment tonight in the preseason finale. It will be interesting to see how long Mayfield plays behind a backup offensive line after Hue Jackson pulled him last week, but Detroit will have backups in, too, and I think the rookie needs more game reps. Perhaps Hard Knocks viewers will get a look at Brogan Roback when Baker’s night is finished.

If Kalen Ballage—who dressed last week for pre-game warmups despite not passing the concussion protocol—is cleared, then I’ll definitely be watching him. However, on the other side of the ball for the opposing team, second-rounder Isaiah Oliver will probably be the biggest name on the field in Atlanta. The long-armed cornerback has enough upside that he could possibly start alongside Desmond Trufant at some point in 2018.

Wendell Smallwood already locked up the fourth running back spot for the Eagles if last week’s preseason game was any indication, as he received nearly every first-team rep. Still, once Josh Adams came in, he provided a boost to the entire offense with four carries for 33 yards (compared to 12 carries and 53 yards for Smallwood). I think it would be a mistake for Philly to expose Adams to waivers by trying to sneak him on the practice squad, but he could force their hand with a strong performance tonight.

In my opinion, Lorenzo Carter was an absolute steal for New York in the 2018 NFL Draft, and he’s been excellent this preseason with nine tackles and what should be 1.5 sacks (1.0 was wiped out by a questionable call). Carter might not play much since he is the team’s top healthy outside linebacker right now, but seeing the rookie flash early would make fans happy they tuned in.

Things look to be a little fast for Nyheim Hines through three preseason games, but I think he just needs a big play to get his confidence up and really take off. Also, the Colts might be limiting the designed plays for their receiving back before unleashing him in the regular season, so we’ll see if he can get loose on his own against the Bengals either through the air or on the ground.

Of course, Lamar Jackson will be another player to watch, but I want to see Robert Griffin III have a standout performance against his former team to either a) make the Ravens, or b) get a chance with someone else this year. I believe RGIII—who is still just 28—can win games in the league if given the opportunity, and there are more than a couple teams that could use an upgrade at backup quarterback.

Quenton Meeks somehow wasn’t drafted earlier this year, but unsurprisingly, he was great in training camp for Jacksonville. Even on a loaded depth chart, Meeks has a real shot to make the team and could be a future star on a stacked defense if he’s forced into action due to injury. It helps that the Stanford product is smart and willing to tackle.

This year’s final week of the preseason is a little better than usual, as we could have a handful of future starting quarterbacks all in action at the same time. That includes Mason Rudolph, who in all likelihood won’t see the game field again until next summer if Big Ben stays healthy and/or Landry Jones sticks around as the No. 2.

Teddy Bridgewater obviously won’t be suiting up tonight after the Saints traded for him barely 24 hours ago, but undrafted rookie J.T. Barrett should get one more crack at showcasing his abilities to potentially make the practice squad. I think the Ohio State legend has the talent and mental makeup to be the perfect long-term backup to Teddy in New Orleans.

Buffalo’s quarterback competition has extended to the team’s fourth preseason game, but as of this writing, it’s unclear who will start tonight against the Bears. We unfortunately couldn’t see Josh Allen do much with the first team after absorbing five sacks over the weekend, but a bounce back could be what Sean McDermott is looking for before naming his guy for the opener.

I’ve said before that Tennessee’s late-round picks and undrafted free agents might have been better than anyone’s, so besides Burnett, I’ll also have my eye on quarterback Luke Falk and tight end Ethan Wolf, all of whom could share the field to help each other out against Minnesota. Burnett in particular would seem to have the best shot at a 2018 role.

Dallas sounds confident in Cooper Rush as their backup to Dak Prescott, but they were apparently thrilled with Mike White being there for them in the fifth round of April’s draft, which suggests he could climb the depth chart before long. White was a Day 2 prospect for me, and as Al Michaels kept noting last week, he started off hot with no incompletions until he tossed a pick under heavy pressure. We’ll see how he does in extended run.

If accolades were given for the preseason, I think Josh Jackson would probably be in consideration for Defensive Player of the Summer. Green Bay’s second-round pick is expected to open the season as the team’s fourth corner (suggesting he will play tonight), but if he records another interception, it wouldn’t be surprising to see him kick Kevin King out of the starting lineup.

The race for the No. 2 job looks to be over with Kelly coming out victorious over Paxton Lynch, but both will get a final audition tonight in Arizona. I don’t think he is ready to play in the regular season, but a big night from the second-year quarterback might cause fans to push for him if Denver starts off slow next month.

I had D.J. Reed Jr. as one of the best nickel corners in the draft, but San Francisco has him listed as a safety, and he should be versatile enough to play all over for their defense. The 21-year-old would love to get his hands on a errant pass from Geno Smith or Cardale Jones.

This game might be as important as any other than Buffalo’s this week, as Jon Gruden will probably decide on his backup quarterback between Connor Cook and E.J. Manuel depending on how they play. Seventh-round pick Marcell Ateman should be a big target for both guys, and I like his chances of making the roster.