Home / frontnfl / What NFL Game Might Be Flexed In Week 17? 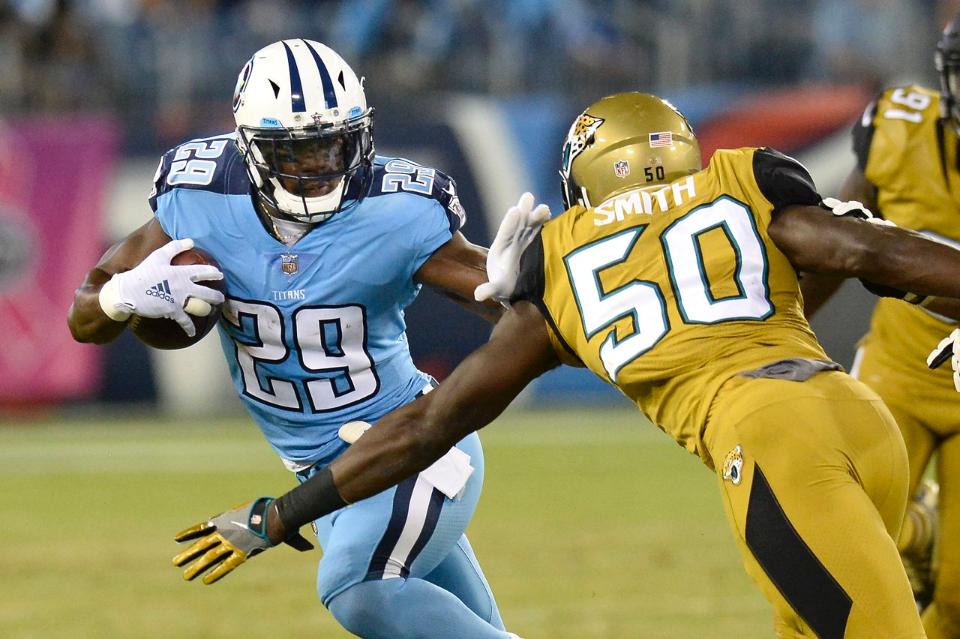 
Thanksgiving is just a few days away, the regular season in college football is winding down, and 2018 will be here before we know it. But before that, Week 17 of the NFL regular season will conclude on the final day of the year. There are plenty of “elite” teams in the league—Eagles, Patriots, Saints, Steelers, and more—but looking ahead to Week 17, could that actually hurt the final Sunday Night Football game of the year?

The Eagles all but locked up the NFC East with their 37-9 win over the Cowboys, and Minnesota could basically lock up the NFC North on Thanksgiving with a win over Detroit. We know New England is going to run away with the AFC East, and Pittsburgh has a good chance of doing the same in the AFC North. As of now, there are no eye-popping matchups in the final week of the season that football fans should really be excited about to potentially end the year.

You never know what will happen, but here is the Week 17 schedule with the chances of each game being flexed into Sunday Night Football in my opinion, from least likely to most likely.

There’s absolutely no chance that NBC flexes the Browns, even if Pittsburgh has something to play for.

The same is true for the Niners.

Even if Houston is in playoff contention—which still seems very unlikely despite a Week 11 win—Indianapolis isn’t a good enough draw without Andrew Luck.

This would have had a slight chance if Washington held on against the Saints.

With games against the Panthers, Chiefs, and Saints before Week 17, I highly doubt New York will be in contention for a playoff spot.

As stated, Minnesota could lock things up by Thanksgiving.

Here we go. Tampa Bay has won two-straight games with Ryan Fitzpatrick under center, but the only way this would happen is if they keep winning and New Orleans has home-field advantage or an NFC South crown to play for.

Barring a catastrophic collapse or injury for Philadelphia, this won’t happen unless Dallas goes on a run and the game means something for them in regards to the postseason. The Eagles could also be playing for the #1 seed, so there’s an ever-so-slight chance.

We’ve seen bigger turnarounds before, but Denver will probably need to win out for this to be considered. That said, the schedule isn’t very imposing with OAK, MIA, NYJ, IND, and WAS before Week 17. The other AFC West matchup is more likely.

Three weeks ago, this probably would have been near the top of the list.

Arizona needs to win at least two-of-three difficult matchups over the next three weeks, but they’re all at home, and Carson Palmer would possibly be back in Week 16. There’s a small chance this is for the final playoff spot in the NFC due to the injuries in Seattle’s secondary, which would be a win for NBC.

This was last season’s final game, but the Packers probably need to knock off at least two of the Steelers, Panthers, or Vikings for it to happen. If so, Aaron Rodgers could be back with a playoff spot potentially on the line.

Cincinnati is right back in things with a win over the Broncos, and they should improve to 5-6 with a win next week against the Browns. Baltimore is in the driver’s seat, but we could have an 8-8 team get the final playoff spot in the AFC.

Philip Rivers versus Derek Carr sounds like a good matchup to close things out, but both teams will probably need to go at least 3-2 down the stretch.

Hopefully Atlanta’s win over the Cowboys last week was a sign of things to come, and that could put the Panthers and Falcons on a collision course for a Week 17 meeting to decide one playoff spot, though it’s more likely seeding would be at stake for Carolina. Flexing this game and having it mean something no matter what for both teams would be the best-case scenario for NBC.

However, Jaguars-Titans is probably the most-likely scenario at this point. Jacksonville and Tennessee both look like playoff teams, and the final week of the regular season could decide the AFC South. Interestingly, this could be the SNF matchup and then be a playoff matchup in the AFC Wild Card Round.