Home / frontnfl / What Should The Bucs Do About Jameis Winston? 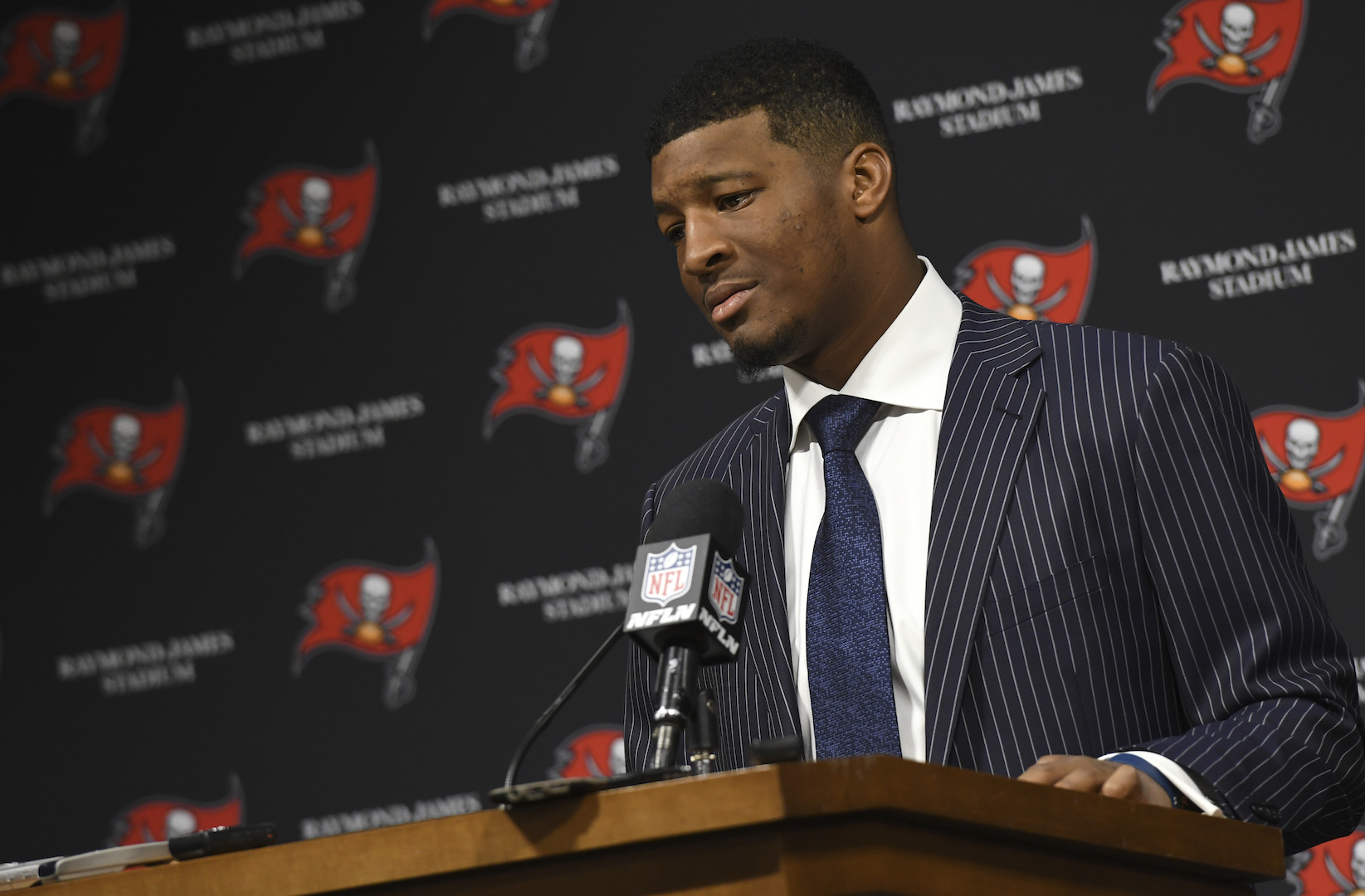 What Should The Bucs Do About Jameis Winston?


Former No. 1 pick Jameis Winston was at a career crossroads heading into the 2018 season based on both his own play and a lack of team success through three seasons; but now, after he was officially suspended three games for an alleged sexual assault of an Uber driver in 2016, Winston’s career could be nearing the end of the road.

Tampa Bay is sticking by the man who was thought to be their franchise quarterback so far, but there’s a chance that overwhelming public pressure forces them to move on. Winston is entering the fourth year of his contract with the fifth year in 2019 guaranteed for injury only, so the Bucs have a few options.

Keep Winston and start him

I don’t necessarily agree, but it feels like this is the most likely outcome because a) the Bucs have made it known—as strange as it sounds—that they love what Jameis does in the community as a humanitarian, b) it seems there was some kind of deal made with Winston and the NFL that included him “[eliminating] alcohol” from his life, and c) he’s still on the team at this point. Plus, this could be a make-or-break year for head coach Dirk Koetter, and Winston knows the offense better than anyone.

Keep Winston and make him inactive

If the franchise wants Winston to remain the quarterback of the future, this is basically a team-imposed, full-year ban to help rebuild public support. And if he doesn’t rehabilitate his image enough by the end of the year, they could simply release him without the fifth-year option kicking in, as he wouldn’t get injured if he’s not playing. Unless Ryan Fitzpatrick (or Ryan Griffin) plays lights out against the Saints, Eagles, and Steelers, though, I doubt Winston isn’t out there by Week 4 if he’s on the roster.

Winston’s on-field play is eerily similar to his off-field issues, as he simply doesn’t learn and keeps repeating the same mistakes over and over again. Without being in the building, I know I’m not sold on him as a franchise quarterback, so I’d release Jameis and look at acquiring one of the three below options.

Even with Sam Darnold drafted as the clear quarterback of the future and Josh McCown acting as the productive mentor, it would be a surprise if the Jets released Teddy Bridgewater this summer. Winston’s character concerns aside, I would take Teddy over Jameis if given the choice, and the Bucs could get rid of and acquire a franchise quarterback in one day if they can work out a trade with New York for the 25-year-old.

Dirk Koetter probably needs to win now to keep his job for 2019 and beyond, so Sam Bradford might be the best possible fit for Tampa Bay to make a playoff run this season. Bradford is probably a top-five pure passer in the league, and he would be given plenty of time in the pocket with towering tackle duo Donovan Smith (six-foot-six) and Demar Dotson (six-foot-nine) protecting him. Arizona might be hesitant to make this move if No. 10 pick Josh Rosen isn’t ready, but most analysts considered him the most pro-ready quarterback in the class (for whatever that’s worth).

For the first time in NFL history, a quarterback who led a franchise to their first Super Bowl victory and was named Super Bowl MVP will not begin the following season as the starter, and even though Nick Foles is the consummate teammate saying all the right things, you’d have to think he might consider a trade to Tampa Bay if it became a possibility. With great weapons like Mike Evans, Chris Godwin, O.J. Howard, and Ronald Jones, a strong offensive line with two standout tackles, and an offensive-minded head coach, Foles might be set up for success that he’d be able to parlay into a huge payday when he hits free agency after the 2018 season.