Home / frontnfl / What’s Next for the Texans at Quarterback? 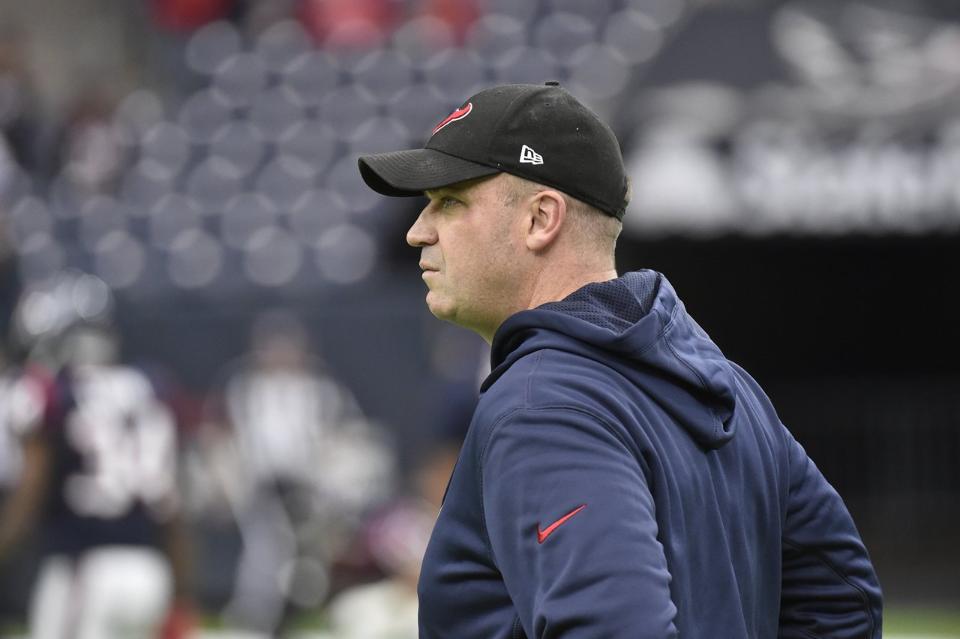 What’s Next for the Texans at Quarterback?


The NFL always seems to take the attention away from other big news in the sports world, and that is exactly what happened this morning when news broke of Tony Romo deciding to “retire” and go into broadcasting—just hours after North Carolina won the NCAA Men’s Basketball Championship. We don’t know if that was somehow planned by the NFL, but we do know that the Houston Texans will have to look elsewhere at quarterback.

Houston seemed like the perfect fit for Romo, as they are just a quarterback away from competing for a Super Bowl, and the soon-to-be former Dallas Cowboys quarterback would have been able to stay in Texas. Instead, CBS has their new top color commentator in Romo, and the Texans will find another way to get their signal-caller. Let’s breakdown the best possible options, in no particular order.

Cutler has been given a bad reputation by media members and fans during his career. He’s been to an NFC Championship game—which is further than Tony Romo has ever been—and outside of his first season in Chicago, Cutler’s touchdown-interception ratio with the Bears was a respectable 1.54, or better than the likes of Brett Favre (1.51), Eli Manning (1.49), and Steve McNair (1.46). Bill O’Brien and Cutler seem like a bit of an odd match with their personalities, but a great offensive coach like O’Brien could finally unlock Cutler’s full potential in the league.

The Texans roster is ready to win big (as in championships), so why not add one of the greatest winners in college football history to lead them? If Watson slips in the draft, which apparently is somehow a possibility, then Houston should move up for the Clemson product if they have to. Watson, Lamar Miller, and DeAndre Hopkins would make for an exciting trio to compliment their elite defense.

Bill O’Brien might not want to be forced to groom a quarterback and “waste” another year of J.J. Watt’s career (no rookie quarterback has ever won a Super Bowl), so trading for a more NFL-ready passer is a real option. Jimmy Garoppolo is considered the best option for quarterback-needy teams, but the Patriots seem legitimately uninterested in moving him at this point. Andy Dalton’s backup could be the next best option for teams that decide to take the trade route, and we know McCarron is a winner from his time at Alabama.

It’s crazy to me that RGIII hasn’t had so much as a visit since being released by Cleveland. The former Rookie of the Year just has to stay healthy to once again be a difference-maker in the league, like in 2012 when he took the league by storm. Without taking last season on a one-win Browns team into account, Griffin III has a career completion percentage of 63.9% to go along with a 40:23 touchdown-interception ratio. He might not be the literal track-star-speed athlete that he used to be, but RGIII can still fly, and his ability to throw the ball and read the defense has always been vastly underrated.

Well, not really do nothing, but respected Texans reporter John McClain sees the team rolling with Tom Savage as the starter and drafting a quarterback in the first round. Houston simply isn’t going to get past New England with Savage at quarterback, so they would probably believe that Patrick Mahomes II, DeShone Kizer, or someone else could be “the guy” by year two in the league. Unless Deshaun Watson fell all the way to pick #25, I think this is the worst option for the Texans.

But didn’t we do this whole article based on the fact that Romo is taking his talents to the CBS broadcast booth? Yes, but there are already reports that Romo is open to re-joining the Cowboys if they need him, so signing with another team shouldn’t be outside the realm of possibility. As stated, Romo seemed like the perfect fit for Houston, so when summer nears its end, the Texans could decide to make a run at Romo if they don’t like their quarterback situation heading into the season—or even later than that. If Romo were to join mid-way through the season, he would be fresh and have been able to try his hand at broadcasting. CBS though, would be put in an awkward situation without their top analyst, but we can do an article on Romo replacements in the booth if the time ever comes.