Home / frontnfl / Which Veteran Quarterbacks Will Make The Pro Football Hall Of Fame? 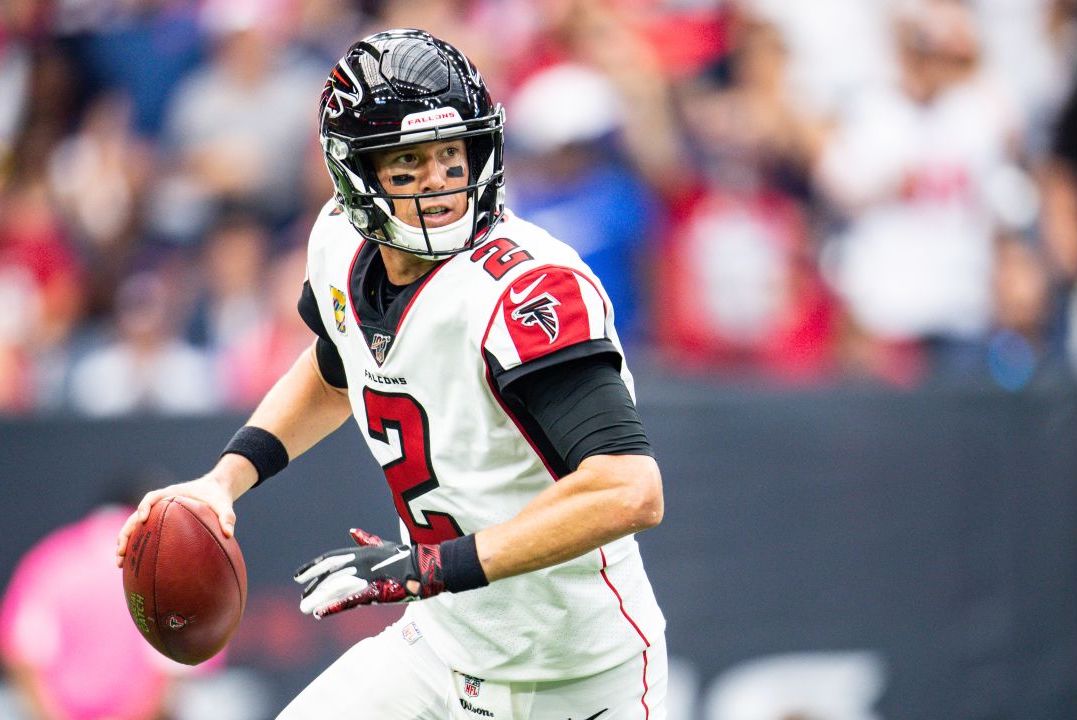 Which Veteran Quarterbacks Will Make The Pro Football Hall Of Fame?


With two-time Super Bowl champion Eli Manning retiring from the NFL this week, the playing days of one future Hall of Fame quarterback are over, and several more will follow over the next few years. This is how I view the chances for the current signal-callers in the back half of their career (30 or older), with age at the start of the 2019 season listed in parenthesis. (By the way, Eli is a lock.)

The greatest quarterback of all-time and arguably the greatest athlete of all-time is the clearest Hall of Fame lock in sports history. Football fans will hopefully get three more years out of Brady assuming he reaches his goal of playing until 45, so the GOAT may finish with seven, eight, or even nine rings.

Brees—the NFL’s all-time leader in passing yards and passing touchdowns—seems to be closest of the “aging” quarterbacks to retirement (he hasn’t even committed to playing in 2020 yet), but whenever he decides to hang them up, there will only be a five-year wait before getting enshrined into the Hall.

Some have questioned Rodgers’ spot among the all-time greats considering he has only appeared in one Super Bowl (a 31-26 victory), but it’s tough to win in the NFL, and one championship combined with his individual greatness/statistics will have Rodgers in Canton before long.

Wilson was the prototypical playmaker for Seattle’s defensive-minded team early in his career, but he’s done more than prove he can carry a franchise on his own over the past few seasons—including a college-like 66:12 touchdown-interception ratio since the start of the 2018 season. Most importantly, Wilson is a straight-up winner with a winning record in eight-of-eight years to start his career.

Similar to Wilson in Seattle, Roethlisberger was more of a key piece (at the most position in sports) than “the guy” to start his career, but Pittsburgh’s longtime quarterback has compiled the numbers since then to bolster his Hall of Fame case into a lock. Plus, excluding this season when the Steelers started 0-2, Big Ben has had one losing season in his career (7-8 in 2006).

Not having a ring keeps Ryan from being a no-doubt lock, but I would be very surprised if he wasn’t eventually enshrined if his play doesn’t suddenly fall off a cliff. Matty Ice has nine consecutive seasons of 4,000+ passing yards and is on pace to break the all-time career yardage record in his age-40 or age-41 campaign.

Rushing production for Newton (4,806 yards and 58 touchdowns) as one of the most dangerous weapons in the history of the league will certainly help his odds of making the Hall of Fame, but similar to a couple of guys in the final section, it’s fair to wonder how much more he will be able to accomplish considering the crop of young quarterbacks entering the league. Ultimately, an NFL MVP and NFL Rookie of the Year award may be enough for Cam to get in.

Rivers is another quarterback that is on the borderline of “should get in,” as he will likely retire in the No. 5 spot for all-time passing yards and passing touchdowns—behind just Brees, Brady, Peyton Manning, and Brett Favre in both. However, the case against him is a lack of playoff success overall (one conference championship appearance) and some untimely turnovers in recent years.

Stafford is definitely a notch below Newton and Rivers right now with just one Pro Bowl appearance and an 0-3 record in the postseason, but he should have a lot more football left in him, and the former No. 1 overall pick was on pace for perhaps his best statistical season in 2019 before a back injury ended his year. I’d like to see the Lions open things up some for Stafford to bring back more (but not all) of his early-career gunslinger tendencies.

Needs magic on the back nine

As alluded to for Newton, an influx of young talent entering the league really hurts the chances of Flacco being a clear starter somewhere in 2020, so he probably will need some help to reach football immortality. People might laugh at Flacco even being listed in this article, but he’s one of the best postseason performers of all-time, including an 11:0 touchdown-interception ratio in the 2014 Super Bowl run and more playoff wins (ten) than Drew Brees (eight).

Foles really needs some magic to make it to Canton, but he’s the youngest quarterback on the list, brought the Eagles their first Lombardi Trophy in franchise history, is tied for the most touchdown passes in a single game (seven), and has a season of 27 touchdowns and two interceptions under his belt. Who knows? Maybe the former Super Bowl MVP will reunite with Frank Reich in Indianapolis to go on a dominant ten-year run.

Cousins doesn’t already have a ring like Flacco and Foles, but a more valuable “asset” for the future is having a starting job, which he’s assured of based on how highly the league views him. We’ll see if he can win more big games in the future after beating the Saints in the Superdome this month; Cousins certainly wouldn’t be the first quarterback to shed unfair labels by winning a championship later in his career.