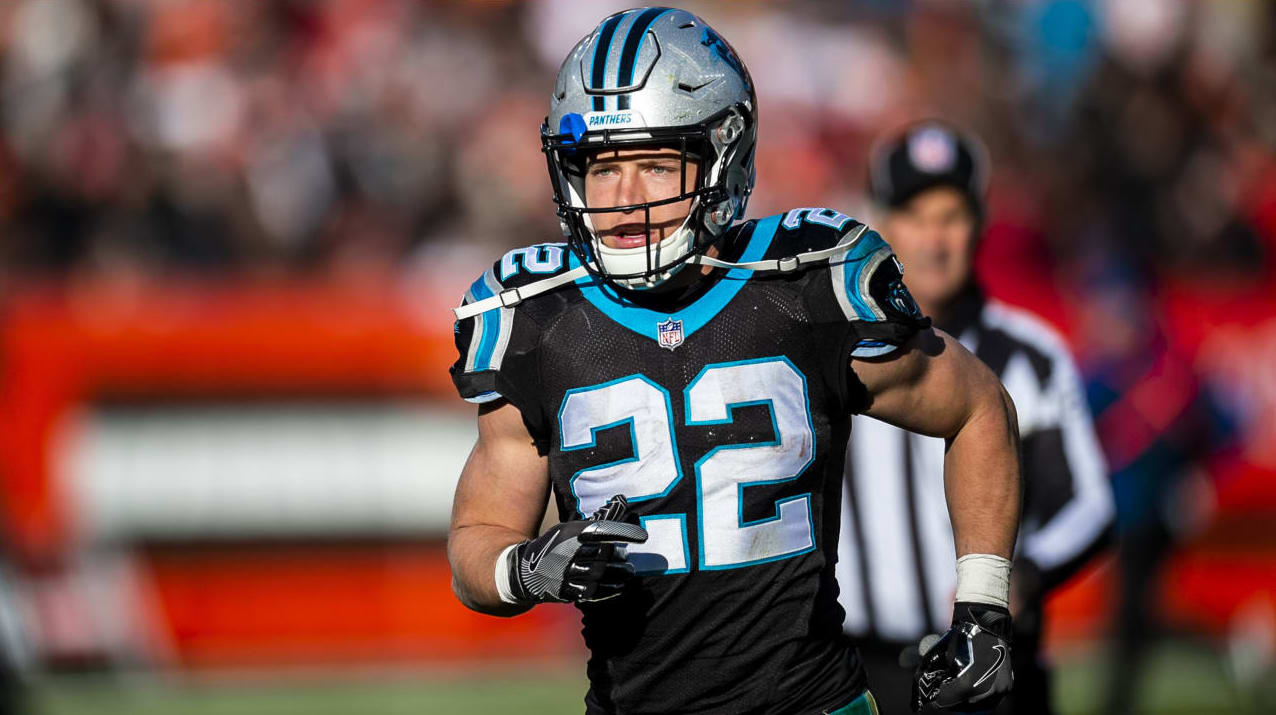 
The regular season is concluded, and it’s time to release our 2018 NFL All-Pro Team. Today, the offense is revealed, followed by defense and special teams to close out the week.

The third player in NFL history to throw for 50+ touchdowns passes (joining Peyton Manning and Tom Brady), Patrick Mahomes was simply phenomenal in his first year as the starter in Andy Reid’s offense. The 23-year-old had seven games with at least four touchdowns (including two with six scores), a league-high 5,097 passing yards, and led the Chiefs to the No. 1 seed in the AFC. Mahomes narrowly edges out Drew Brees, who faded down the stretch with a 3:3 touchdown-interception ratio over his final four games.

A true generational talent, Saquon Barkley totaled 2,028 yards and 15 touchdowns as a 21-year-old rookie behind a below-average offensive line, which should have erased all doubts about him being worth the No. 2 overall pick in the 2018 NFL Draft. Of course, it goes beyond statistics, and anyone who watched the Bronx native without a preconceived notion had to see he has all-time great potential. Barkley is arguably a top-five overall player already.

There are perhaps eight to ten wideouts that could make a case to be an All-Pro selection, but one stands clearly above the rest as perhaps the easiest offensive choice this year. Julio Jones has now gone for 1,400+ yards in five consecutive seasons, and the scores finally started pouring in with eight touchdowns in November and December. Julio also plays effectively at less than 100% and never complains about passing not going his way.

This might seem surprising, but JuJu Smith-Schuster emerged as the top receiver for Pittsburgh in 2018, earning team MVP honors and building on a breakout rookie campaign by going over 100 yards in half his games, which trailed only Julio Jones (ten) and Adam Thielen (nine). Smith-Schuster is equal parts reliable and a big-play threat, and besides his receiving skills, JuJu is an excellent blocker and the ultimate team player—giving him a boost in a crowded crop for the second All-Pro selection among wide receivers.

The flex spot is as close as possible between Christian McCaffrey and Todd Gurley, and those two plus Saquon Barkley could all rotate among two available spots with no objections. McCaffrey almost never left the field in 2018, though, breaking the single-season record for receptions by a running back (107) and taking over games both as a runner and receiver. The Panthers fell apart down the stretch, but they might have been a complete disaster if not for McCaffrey.

The NFL’s premier big-play threat at tight end, George Kittle was unstoppable at times this season on his way to breaking the season-single record for receiving yards at the position. And playing with a couple backup quarterbacks for most of the season didn’t slow Kittle down, as he had a whopping 20 receptions for 20+ yards and six receptions of 40+ yards, including scores of 82 yards and 85 yards. Kittle also had a 210-yard half in Week 14, and he’s a top-notch blocker.

Green Bay’s franchise left tackle barely missed out our All-Pro team last year, but he gets the nod in 2018 despite what was a disappointing overall season for the Packers. A second-team All-Pro selection in 2016 and 2017, David Bakhtiari is an elite blindside protector in the prime of his career that will hopefully get the first-team recognition he deserves. As a 16-game starter this year, Bakhtiari allowed just 3.0 sacks for 17 yards.

Two rookies make the All-Pro offense for what looks like a promising 2018 class, and Quenton Nelson could be fitted for a gold jacket at the end of his career if this season was any indication. Not only did the Colts allowed the fewest sacks in the league, but they also created running lanes for Marlon Mack, Nyheim Hines, and Jordan Wilkins—a trio that combined to rush 340 times for 1,558 yards (4.6 YPC) and 12 touchdowns.

Snubbed for the Pro Bowl yet again, Jason Kelce has been dominant for Philly over the past two seasons in particular, and he is expected to earn another AP first-team All-Pro honor this season (last year was his first). The Eagles didn’t have the statistical season they did for the 2017 Super Bowl squad, but Kelce’s play continued to anchor the offensive line whether it was Carson Wentz or Nick Foles taking snaps. At 31, the rare athleticism for a center doesn’t look to be going anywhere.

One of three repeat selections (Julio Jones and Jason Kelce are the others), David DeCastro once again opened holes for Pittsburgh’s rushing attack this season, helping James Conner (4.5 YPC and 12 touchdowns) to a breakout campaign. As evidence of DeCastro’s value to the Steelers offensive line, it’s no mistake that the team struggled in matchups with Kansas City and Tampa Bay—23 carries for 78 yards against two of the NFL’s worst run defenses—when the veteran missed Week 2 and Week 3. DeCastro remains a top offensive lineman on one of the NFL’s top units.

He had the benefit of Patrick Mahomes escaping defenders thanks to his mobility and unique arm talent, but Mitchell Schwartz allowed just 2.5 sacks this season as a standout right tackle on the league’s top offense in terms of yards per game (425.6) and points per game (35.3). Schwartz has started all 112 games to begin his NFL career, and over the past three years in Kansas City, he’s been a bit of an unsung hero.