Home / frontnfl / Who Are The NFL’s Top Ten Players Heading Into 2018? 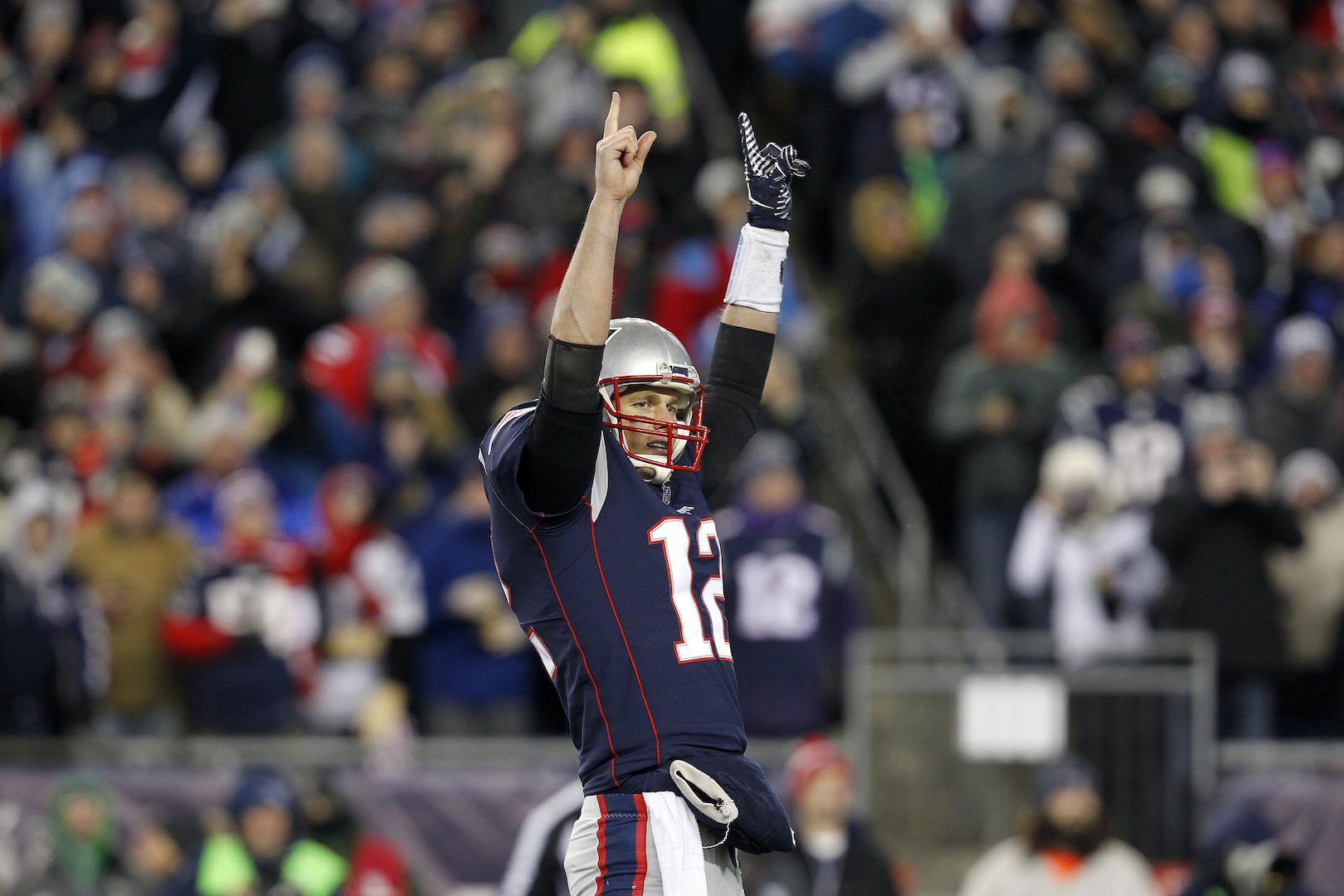 Who Are The NFL’s Top Ten Players Heading Into 2018?


With the NFL Top 100 Players of 2018 list now complete, I’m revealing what I believe are the league’s top ten players heading into this season. This is not a list of the top ten players I would want on my team heading into this season, as that list would be all quarterbacks in a quarterback-driven league. For my top NFL franchise players to build a team around, you can check that out here.

The final couple of spots on my top ten players for the 2018 season was really tough. Khalil Mack, Joey Bosa, Russell Wilson, Carson Wentz, and a few of the running backs were among the strong options for the list, but Von Miller gets the slight nod. Miller has 83.5 sacks and a Super Bowl ring in his seven NFL seasons, and he’ll have more help on the edge this year after Denver selected Bradley Chubb of NC State with the fifth pick in the draft. Miller should be a near-lock for double-digit sacks, and he should push for the league lead.

J.J. Watt was nearly left off the list because of his injury issues, as he’s played in only eight games and has just 1.5 sacks over the last two seasons. There’s a chance that even if Watt stays on the field for all 16 games, he might not be back to his usual dominant self if it takes time to get back in a groove or if his body doesn’t get back to feeling where it was. However, Watt has simply been an all-time great when he has been on the field, so he deserves the benefit of the doubt and can be considered among the NFL’s best players in 2018.

The NFL Top 100 is bad every year, as the voting process is basically a joke. Xavier Rhodes is among the puzzling rankings from this year’s list, as he was just 55th despite clearly being one of the league’s best at a premiere position. As a cover guy, Rhodes is arguably tops in the league, and he can press and disrupt better than anyone right now. The First Team All-Pro’s physicality and willingness to tackle for what is perhaps the league’s best defense is what sets him apart as a top-ten overall player.

While he might not have huge sack numbers like J.J. Watt, Aaron Donald can wreck games about as well as any other defensive player in the NFL. With more talent on defense at corner (Marcus Peters and Aqib Talib) and defensive line (Nndamukong Suh) for the Rams, Donald could have his best season yet in 2018. It’s only a matter of time before Donald gets a huge contract—potentially the richest for a defender in NFL history.

When you think of dominant football players, Rob Gronkowski has to be near the top of the list. Gronk is arguably the best run blocker and the best receiver at tight end in the NFL. The All-Pro gets down the seam and makes himself available with a huge catch radius; and there aren’t many more devastating runners than him with the ball in his hands. He might not be the most valuable, but Gronkowski is undeniably one of the NFL’s best players.

My top defender in the NFL entering 2018 is Luke Kuechly. Carolina’s man in the middle of the defense is a terror for opposing offenses, as he covers sideline-to-sideline as well as anyone in the league, and he delivers game-changing moments. Perhaps the best part of Kuechly’s game is his ability to know what’s coming and put himself and his teammates in the best position to make plays—which happens because he’s extremely smart and puts in the time every day.

Ranked number two on the players’ list for 2018, Antonio Brown could easily be that high for me. Brown is a clutch receiver that makes big plays in crunch-time, and he might be the most consistent player in the NFL. There isn’t a route Brown can’t run at an elite level, in part because he trains like crazy so that he’s the best version of himself. AB should be as good as ever in 2018, which is not a happy thought for defenses going up against the Steelers.

There seems to be a major disparity between the opinions of players and the opinions of apparently everyone else when it comes to Julio Jones. The players have him as a top-five player again this year, but some people believe he’s overrated for some reason. Jones can take over a game as much as any non-quarterback in the NFL, as we’ve seen through the years with his epic performances. He could score more touchdowns, but it isn’t like he doesn’t have ability in the red zone—he just isn’t utilized there as much as some other receivers, in part because Devonta Freeman and Tevin Coleman (40 touchdowns the last two seasons) do a lot of damage there. Also, Jones might be the best run blocking receiver in the league and helps spring Atlanta’s run game, which is a major bonus for me.

After he was injured for much of last season and his team struggled and missed the playoffs without him, Aaron Rodgers should be back with a vengeance in 2018. From a pure ability perspective, Rodgers has everything you want from a quarterback—but that’s not to say he doesn’t put the work in to do the things he does on the football field. Because of his immense talent as a thrower, Rodgers doesn’t get enough credit for his smarts.

Tom Brady will be 41 to start this season, but there’s no reason to think he’ll have any drop-off after he won MVP and put up another legendary performance in the Super Bowl. Brady’s unique training methods help him get better, not worse. Others can doubt him if they want, but I believe he’ll still be considered the NFL’s top player in 2019.