Home / frontnfl / Who Would You Take: Jimmy Garoppolo Or Kirk Cousins? 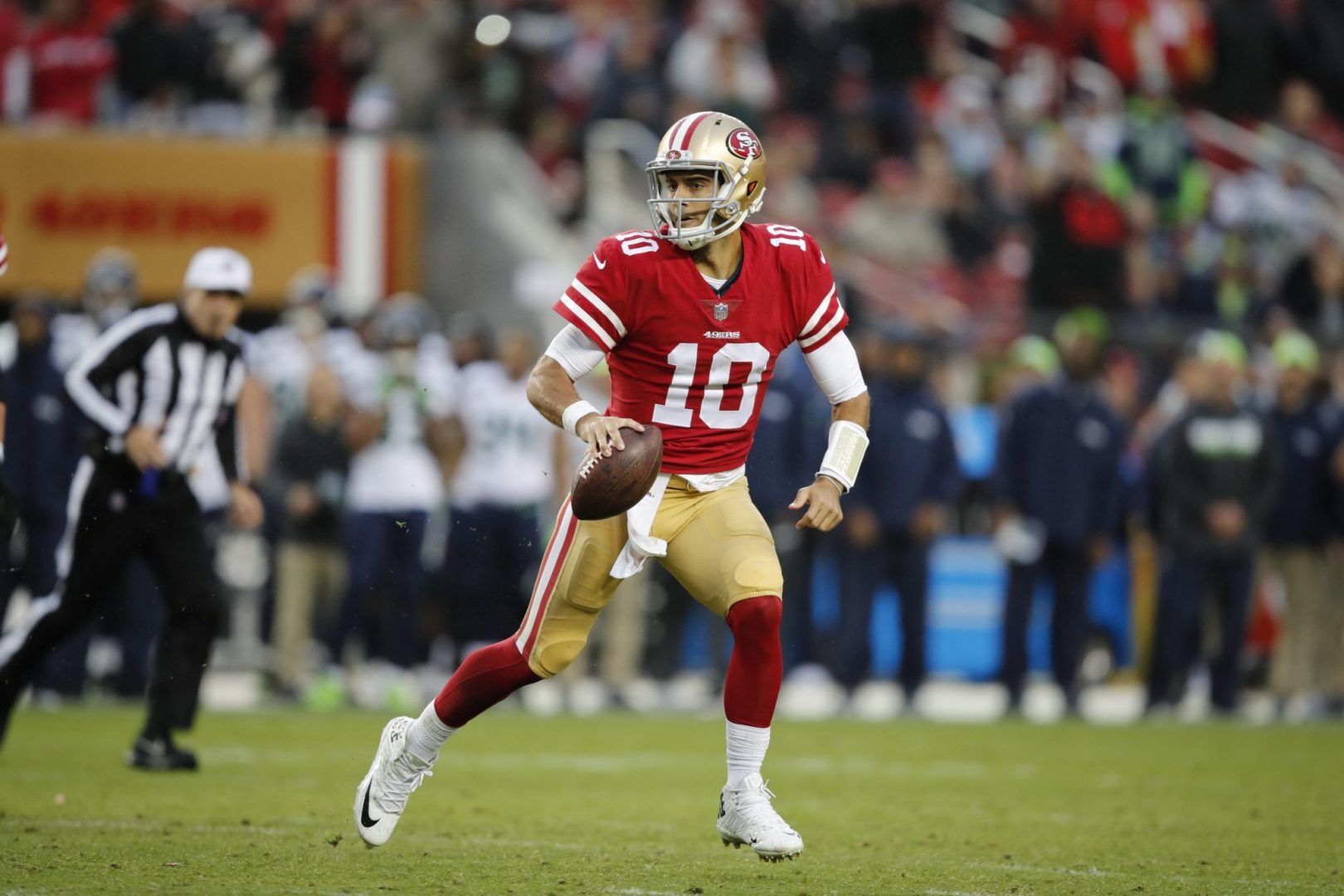 Who Would You Take: Jimmy Garoppolo Or Kirk Cousins?


With the draft over, the dead period of the NFL offseason is here. NFL Network’s Top 100 list, which the players vote on (with imperfect voting procedures where many players don’t even vote), is something that will be talked about over the next several weeks. Already, there is a big debate about the bottom of the rankings, with Kirk Cousins coming in at No. 94 and Jimmy Garoppolo coming in at No. 90.

Good Morning Football had a discussion on the signal-caller they prefer for the 2018 season.

Cousins or Jimmy G? All things being equal, who would you rather have at QB in 2018? I️t gets heated at the @gmfb breakfast table. pic.twitter.com/0gBmWsw7iG

Debates like this might typically seem pointless. But this is an interesting discussion because it is no secret that 49ers head coach Kyle Shanahan originally really wanted Cousins to be his quarterback in 2018, and he had to get used to Garoppolo being the guy in San Francisco. And because the Vikings and 49ers figure to compete in the NFC over the next few years, Cousins-Garoppolo could quickly become the league’s biggest quarterback matchup.

So which quarterback would you rather have? We discussed, and feel free to share your thoughts in the comments below.

A lot goes into winning, and guys typically can’t just win in any situation. They need a strong supporting cast, good coaching, and maybe some luck. However, Jimmy Garoppolo appears to be one of those rare players that will play great and win no matter what’s going on around them. Sitting behind Tom Brady for nearly three years with Bill Belichick as the head coach certainly helped Garoppolo develop, but he’s gotten it done on the field and hasn’t lost a start. It’s nothing against Kirk Cousins, who might go on and win a Super Bowl or multiple Super Bowls with the Vikings, but Jimmy G looks to be special.

Jimmy Garoppolo is the clear choice for me. The numbers from last year (1,560 yards and a 7:5 touchdown-interception) aren’t flashy, but Garoppolo went 5-0 for a 1-10 team and has the accuracy, poise, intelligence, and clutch factor. Kirk Cousins is a very good quarterback, but Garoppolo is on his way to becoming a superstar.

The argument can be made that Jimmy Garoppolo hasn’t played long enough to be considered a better option than Kirk Cousins, but what he did with the 49ers last year was amazing. He beat the Titans and Jaguars—two playoff teams—and made clutch plays down the stretch throughout his starts. Cousins might be steadier and more proven, but I would take Garoppolo.

I think the sample size is too small to take Jimmy Garoppolo over Kirk Cousins. Maybe Garoppolo was just feeling it and in a really hot stretch when he took over as the Niners’ starter, and there’s a chance his play decreases moving forward. Meanwhile, Cousins has consistently played well over a few seasons. He’s a safer choice.

From the moment Jimmy Garoppolo took the field for Week 1 during Tom Brady’s four-game suspension in 2016, he looked to be the real deal. Third-down conversions were like cake for Garoppolo, who keeps offenses moving down the field and can also take off and run with the ball when needed. Cousins does a lot of the same things, but doesn’t it say something when the Redskins were happy to move in a different direction at the position? Garoppolo was traded because the Patriots were in a bind, but he otherwise would never have been let go by a team.