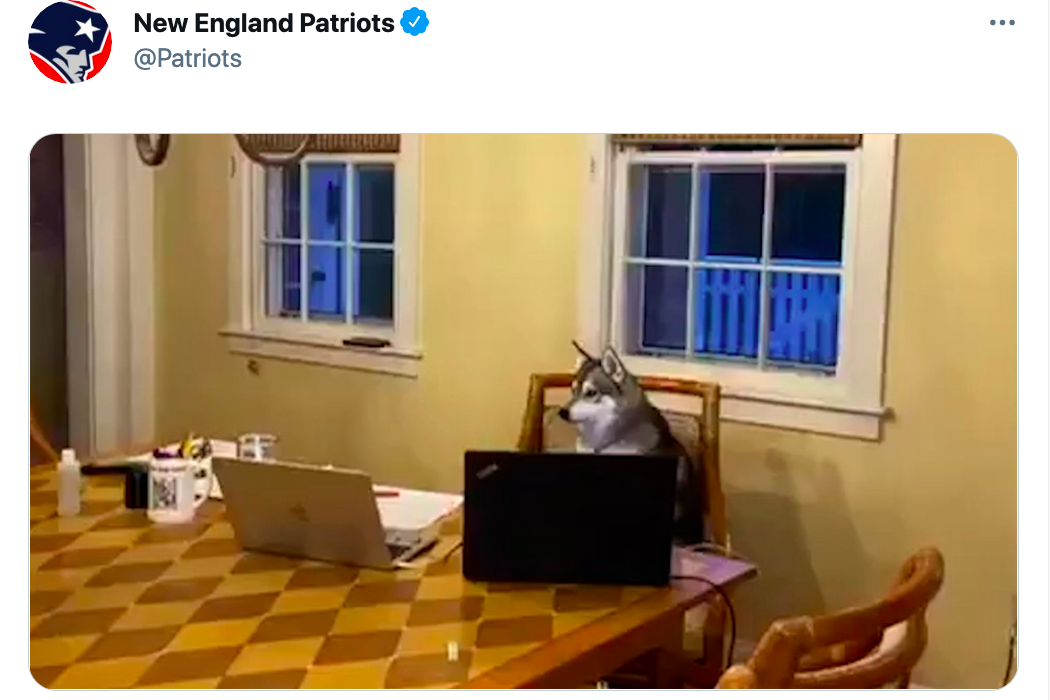 “Winners” After The First Wave Of 2021 NFL Free Agency

The biggest winners of the first wave of free agency are the defending Super Bowl champions. The Bucs were able to retain the big three among the potential players that had a real shot of leaving during free agency: Chris Godwin (franchise tagged), Lavonte David (re-signed ahead of free agency), and Shaquil Barrett (re-signed on a big extension after the start of free agency). Fresh off two touchdowns in the Big Game, Rob Gronkowski also returns, as fully expected; and I expect Antonio Brown will be brought back, too. Tampa Bay is the clear Super Bowl LVI favorite as things currently stand in my opinion.

Because the Bucs basically just retained the guys from their awesome title run last season, you can make a case for the Patriots being the biggest “winners” of free agency. The great Bill Belichick understands better than anyone that championships are not won with offseason moves, but the additions he made during free agency all felt like they are all tremendous locker-room fits and hard workers in addition to being talented players—and the aggressive the Pats showed bolstered the roster with needed talent, especially in positions of weakness.

With the double-dip at tight end (both Jonnu Smith and Hunter Henry, the top two free-agent tight ends), a boost in the offensive line after bringing back tackle Trent Brown and re-signing center Davis Andrews, and the addition of top deep threat Nelson Agholor, the Patriots offense can be scary next season. There’s still a long way to go in the offseason, and I’d like to see what other moves New England makes at quarterback in addition to bringing back Cam Newton (I’d like to see the sign Marcus Mariota if the Raiders release him), but it’s hard not to be excited about the new-look squad led by Belichick in 2021.

(To note, on the Agholor signing which is being highly criticized: Agholor has had some downs in his career—and there is some downside if he gets in a funk—but don’t pay attention to anyone that makes it like he’s some awful receiver that doesn’t belong in the NFL. If the ultra-negative critics actually watched games and/or paid attention, they’d know the former first-round pick is an elite deep threat and among the fastest players in the league with top-notch acceleration and quickness. Also, Agholor terrorized Belichick’s defense for nine catches in Super Bowl LII, so he can do it all.)

The Giants were able to extend defensive lineman Leonard Williams quickly after putting the franchise tag on him, and he figures to be an integral part of a defense that the team hopes will become a top unit in the league. I liked what the Giants did adding John Ross (bringing some needed juice to the receiving corps as an electric deep threat) and Kyle Rudolph (helping them go with more multiple-tight-end sets while also giving some insurance in case Evan Engram again struggles with drops), but the signing of Kenny Golladay was a pleasant surprise. The former Lions receiver gives them a big target that fits exactly what the Giants have needed for a few years, and he somewhat matches what the franchise has had success with in recent memory with guys like Plaxico Burress and Hakeem Nicks. While there were rumblings about Golladay being an issue last year in Detroit (his not playing due to multiple mysterious injuries was concerning), if Joe Judge and Dave Gettleman bought in, I think he will be just fine. If the offensive line can hold up, Daniel Jones will be in position to have a really good 2021.

Because J.J. Watt was released by the Texans ahead of the start of free agency, the Cardinals got started early on their promising offseason, bringing in the three-time Defensive Player of the Year. And also on defense, pass rusher Markus Golden was re-signed while making it clear that he really likes it in Arizona. The lone downside for the Cardinals is that they lost Haason Reddick to the Panthers and cornerback Patrick Peterson to the Vikings, but the team seems to feel good about where they are at on defense, and they do have playmakers on that side of the ball; we’ll see if the losses of Reddick and Peterson will hurt them.

The A.J. Green signing is intriguing; he was just franchise tagged a year ago, and he might be able to find his second wind with a new organization. The Cardinals made it a focus to also protect Kyler Murray heading into his third NFL season, re-signing tackle Kelvin Beachum and trading for center Rodney Hudson. There are pieces there for Kliff Kingsbury, who has his share of doubters, to have success. Overall, the upside is considerable in adding players the caliber of Watt and Green. Not saying it will definitely work out, but if those two can get even close to their top form this late in their careers, Arizona can take another step forward.

I don’t think the Jets and the Broncos are quite as big of “winners” as the other four teams, but their fans should probably feel pretty good following the first wave of free agency.

The Jets added pieces to the defense for first-year head coach Robert Saleh, signing pass rusher Carl Lawson, defensive tackle Sheldon Rankins, linebacker Jarrad Davis, and defensive back Lemarcus Joyner. I’m not quite as big of a fan of their signings on offense, but Corey Davis and Keelan Cole might be good fits alongside Denzel Mims for what the team wants to do at receiver.

Denver was able to agree to a long-term deal with safety Justin Simmons to avoid any controversy this summer, and they added two cornerbacks in former All-Pro Kyle Fuller and Ronald Darby. Fuller played for Broncos head coach Vic Fangio, and it was pretty surprising that the Bears released him into free agency. Earlier this offseason, the Broncos were thought of as a team that would be interested in drafting a cornerback in the first round because it was an area of weakness, but that is no longer the case.