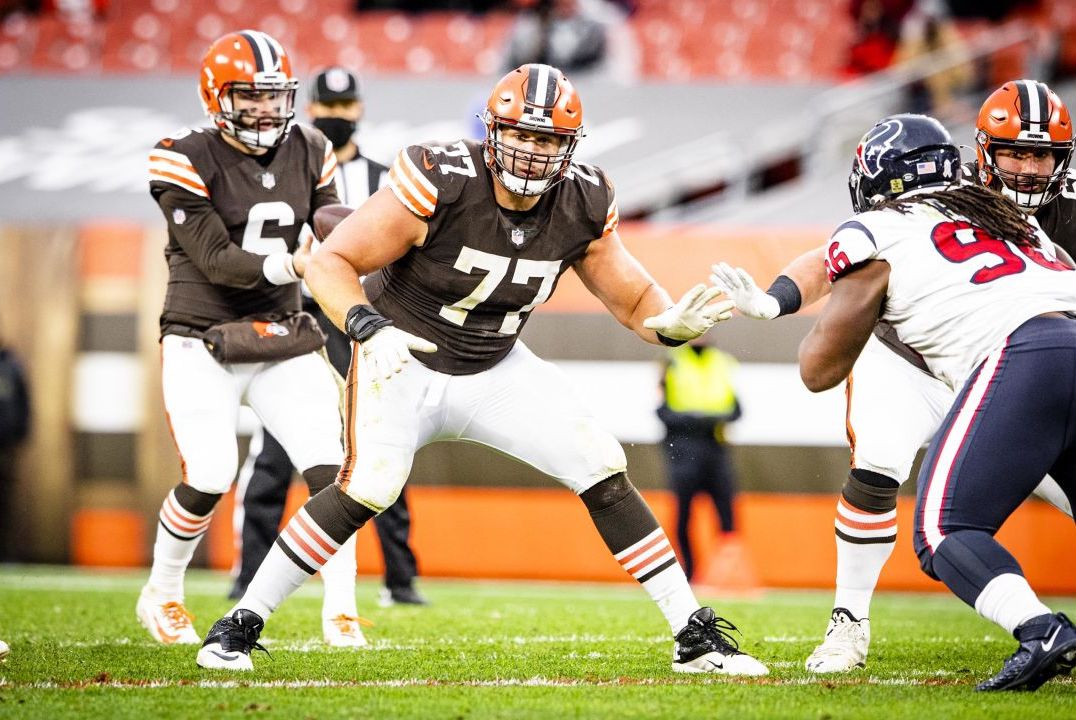 
The AP NFL All-Pro selections haven’t been revealed yet, but with the regular season in the books, we are releasing ours over the next three days—starting with the offense.

The numbers for Allen—despite nearly 5,000 total yards and 46 total touchdowns—don’t tell the whole story about how great he was in 2020. Even against some of the best defenses the league had to offer, Buffalo’s quarterback torched almost everything in his path both in and out of the pocket, and he continued making plays as a runner when it was needed. Overall, Allen had complete control of Brian Daboll’s offense and is still getting better.

With a 250-yard, two-touchdown performance in Week 17, Henry became the eighth player in NFL history to rush for 2,000 yards in a season, as Tennessee finally feeding him from the opener through the finale led to a career-best rushing numbers across the board for the monster runner. We said last year that a case could be made for Henry as the NFL’s most valuable non-quarterback, and this season only bolstered that belief.

There was no organized offseason reps or preseason action to get on the same page with his new team/offense, but Diggs immediately stepped into the No. 1 receiver role for the Bills—resulting in NFL-highs in receptions and receiving yards as Josh Allen’s favorite target. Diggs’ ability to win at all three levels (and when the play breaks down) made him the perfect receiver to help fully unlock the Buffalo passing attack.

After just five scores last year in Matt LaFleur’s offense, Adams exploded to lead the league in touchdown receptions while missing two-and-a-half games—taking the connection with Aaron Rodgers to new heights in 2020. Aside from career-highs in receptions, touchdowns, and receiving yards per game (98.1), Adams also had his most yards per target (9.2) and highest catch percentage (77.2%) to blast past previous bests a couple of years ago.

The “Flex” spot usually goes to a running back or wide receiver (of which there are a few worthy candidates), but Waller deserves All-Pro honors after an absolutely remarkable year as the top weapon for Las Vegas. The historic stretch over the final five games in particular—with 130.8 yards per game and four touchdowns—seemed to suddenly elevate Waller from one of the best tight ends in football to one of the best overall players in football.

For as impressive as Waller was in the regular season, it wouldn’t have been fair to give the nod here to anyone other than Kelce—who broke the record for single-season receiving yards by a tight end (a crown that he briefly had and lost to George Kittle in 2018). All-Pro selections are obviously based on just one year, but Kelce had now gone for 1,000+ yards in each of the past five seasons, and his 11 scores were a new career-high.

Green Bay is unfortunately without Bakhtiari ahead of a hopeful Super Bowl run due to a torn his ACL suffered in practice prior to Week 17, but the 29-year-old remained an elite blindside protector this season—which led to the second fewest sacks allowed in the league for the Packers (21; trailing only Pittsburgh and their quick-strike offense). As evidence of his value, Green Bay had their worst showing of the year by allowing five sacks against the Buccaneers when Bakhtiari was injured on the game’s first series and left in the second half.

Our choice at left guard for all three years since being selected by the Colts with the No. 6 overall pick of the 2018 NFL Draft, Nelson led an offensive line that opened holes for Jonathan Taylor (5.0 YPC) to help the rookie runner finish third in the NFL in rushing yards (1,169). Notably, the Indy ground game really took off down the stretch when left tackle Anthony Castonzo (ankle) was in and out of the lineup, as running Nelson’s way remained a wise decision no matter who was next to him.

The Packers have compared the Pro Bowl snub for Linsley to the previous years when David Baktiari didn’t make it despite being an All-Pro, and we’ll give him the nod over Jason Kelce and Rodney Hudson simply because Green Bay had the better offense. Of course, the passing game gets most of the headlines, but Aaron Jones and the other backs combined to rank eighth in rushing; Linsley had a hand in all of the success as the anchor on the offensive line.

This was a somewhat difficult decision with Teller missing five games this season, but he emerged as one of the NFL’s best offensive linemen, and Cleveland was indisputably better when their right guard was on the field—going 9-2 with him in the lineup. When the Browns didn’t have Teller, they averaged just 81.8 rushing yards and 0.6 rushing touchdowns per game (compared to 178.6 rushing yards and 1.6 rushing touchdowns per game when he was in the lineup).

New Orleans didn’t have the most explosive offense in 2020, but they played efficient football to complement their stout defense, and the offensive line allowed the train to stay firmly on the tracks whether it was Drew Brees or Taysom Hill under center. Especially for a season in which Lane Johnson and Trent Brown dealt with injury, Ramczyk—who has missed just one start in four years—built on a 2019 All-Pro campaign to remain the NFL’s premier right tackle.