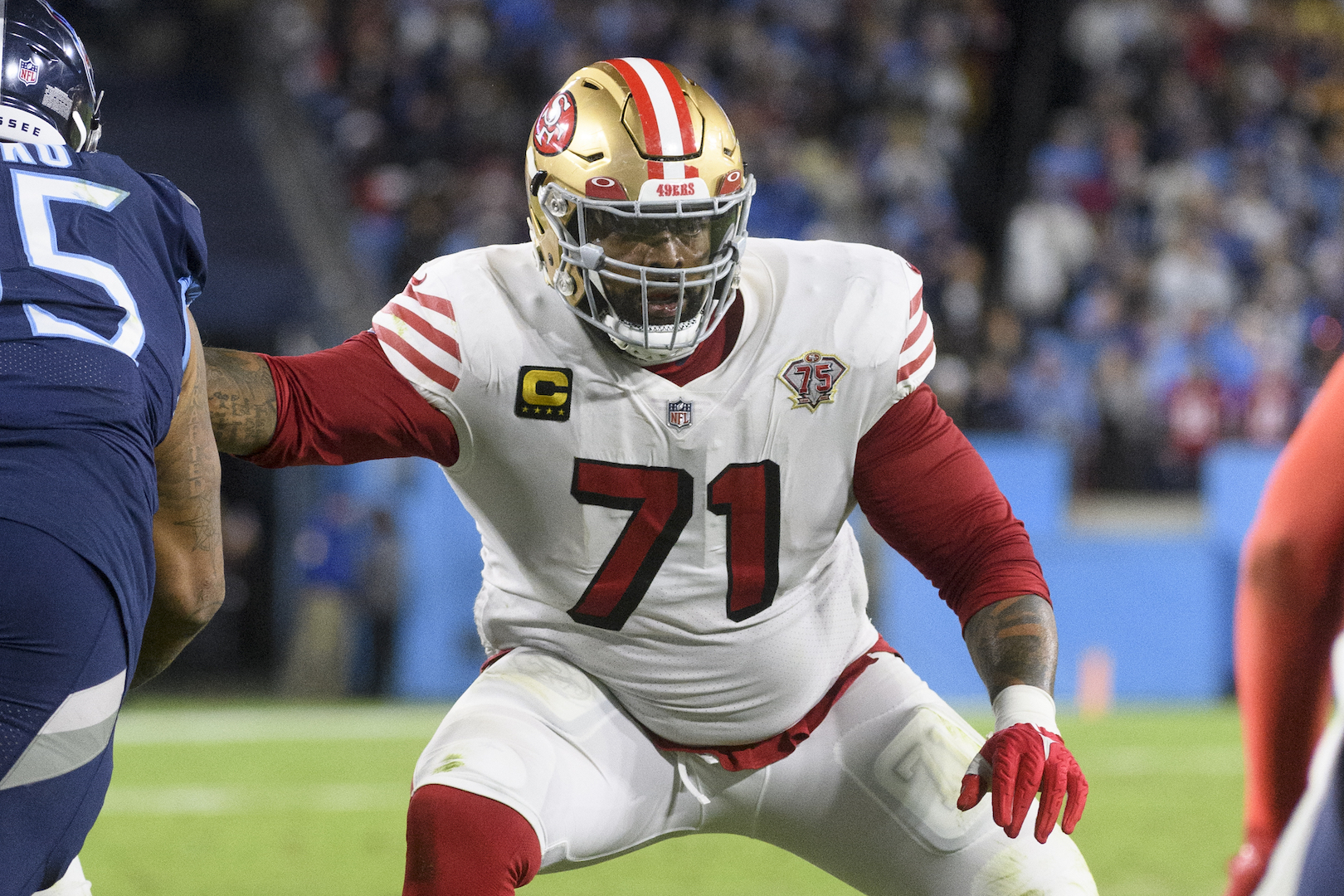 
The AP NFL All-Pro selections were revealed last week, and we will be releasing ours over the next three days. The official teams are often filled with groupthink and “chalk” (similar to voting for awards or the Pro Bowl), so hopefully we can give a better indication of deserving players based on their play in 2021.

This was really a three-way race between Brady, Aaron Rodgers, and Josh Allen as the three best quarterbacks in football, and TB12 gets the nod after throwing for the most yards and second-most touchdowns of his career. Also, several of the interceptions were not even Brady’s fault, and he dealt with players getting injured—especially down the stretch—to make heroes out of unheralded options such as Cyril Grayson Jr. At 44, he’s still the league’s best player.

Taylor hasn’t been given enough credit for how great of a season he had in 2021—totaling more yards (2,171) and touchdowns (20) than Derrick Henry in his MVP-worthy campaign last season. Basically, the only thing that could stop the Wisconsin product was not getting enough touches, but Taylor has the size, speed, power, vision, elusiveness, and character to keep his production high for years to come; he won’t turn 23 until this week.

We would debate whether the quarterback change from Jared Goff to Matthew Stafford was a good thing for the Rams in their quest for a championship, but there is no doubt Kupp’s production had a massive boost by leading the NFL in receptions, receiving yards, and receiving touchdowns. The focal point of Sean McVay’s offense was masterful working the intermediate areas of the field, and he had at least 92 yards in all but one game this season.

Outside of a short stretch during which Green Bay had COVID-19 issues with Adams and Aaron Rodgers landing on the list in back-to-back weeks, their No. 1 wideout remained almost uncoverable—setting new career-highs in receptions and receiving yards while also catching double-digit touchdowns for the fifth time in his career. Adams’ 84 first downs were also a career-high and trailed only Cooper Kupp (89) among wideouts.

Samuel’s dual-threat ability was shown as a rookie with three touchdowns as both a runner and receiver, but he became the NFL’s preeminent multi-purpose weapon following an injury-plagued 2020—putting up 1,770 total yards and 14 total touchdowns with insane efficiency of 18.2 yards per reception, 11.6 yards per target, and 6.2 yards per carry. The versatility of Samuel is an absolute nightmare for opponents.

Already having been on pace for a career-year with Lamar Jackson under center, Andrews was even better with multiple quarterbacks playing down the stretch—totaling 43 receptions for 550 yards and four touchdowns over the final five games. The unique offense of Baltimore led to defenses routinely losing Andrews in coverage, and the athletic tight end took full advantage.

In his age-33 season, Williams remained the best left tackle in the game by both being a stalwart in pass protection and continuing to dominate as a run blocker. Perhaps he never had any intention of leaving San Francisco, but other teams not heavily pursuing Williams in the offseason was a major mistake if he was open for business. The veteran was just as obvious of a choice as the headlining offensive weapons.

Nelson missed four games this season to make this selection a little shakier than previous years, but he remains the best left guard in football—and Indianapolis might not have even been in playoff contention if he wasn’t vocal about wanting to run the ball (as anyone who watched Hard Knocks saw). The former Notre Dame standout is a bully on the field and has the exact mindset you want from a leader on the offensive line.

The Hall of Fame resume for Kelce could be stamped following another tremendous season at 34 years old, and his combination of intelligence, movement ability, and leadership will be difficult for Philadelphia to fill if he retires this offseason. Kelce has been one of the NFL’s top centers since the first year under Chip Kelly way back in 2013, and he hasn’t missed a game in seven years while playing through various injuries.

It feels like just yesterday that Dallas selected Martin in the first round, but he turned 31 in November and hasn’t seen his play drop at all to hold together an offensive line that had some moving pieces around him all season. Both Ezekiel Elliott (1,002 rushing yards on a career-low 237 carries) and Tony Pollard (5.5 YPC) thrived running behind Martin, who allowed only one sack and was penalized just twice in 2021.

Having both a left tackle and right tackle takes some options (such as Andrew Thomas) out of play, but Wirfs is deserving of All-Pro honors after building on his impressive rookie campaign. The 2020 first-round pick is a technician that keeps Tom Brady clean and opens holes in the running game; also, Wirfs notably played 100% of the team’s offensive snaps in the regular season.