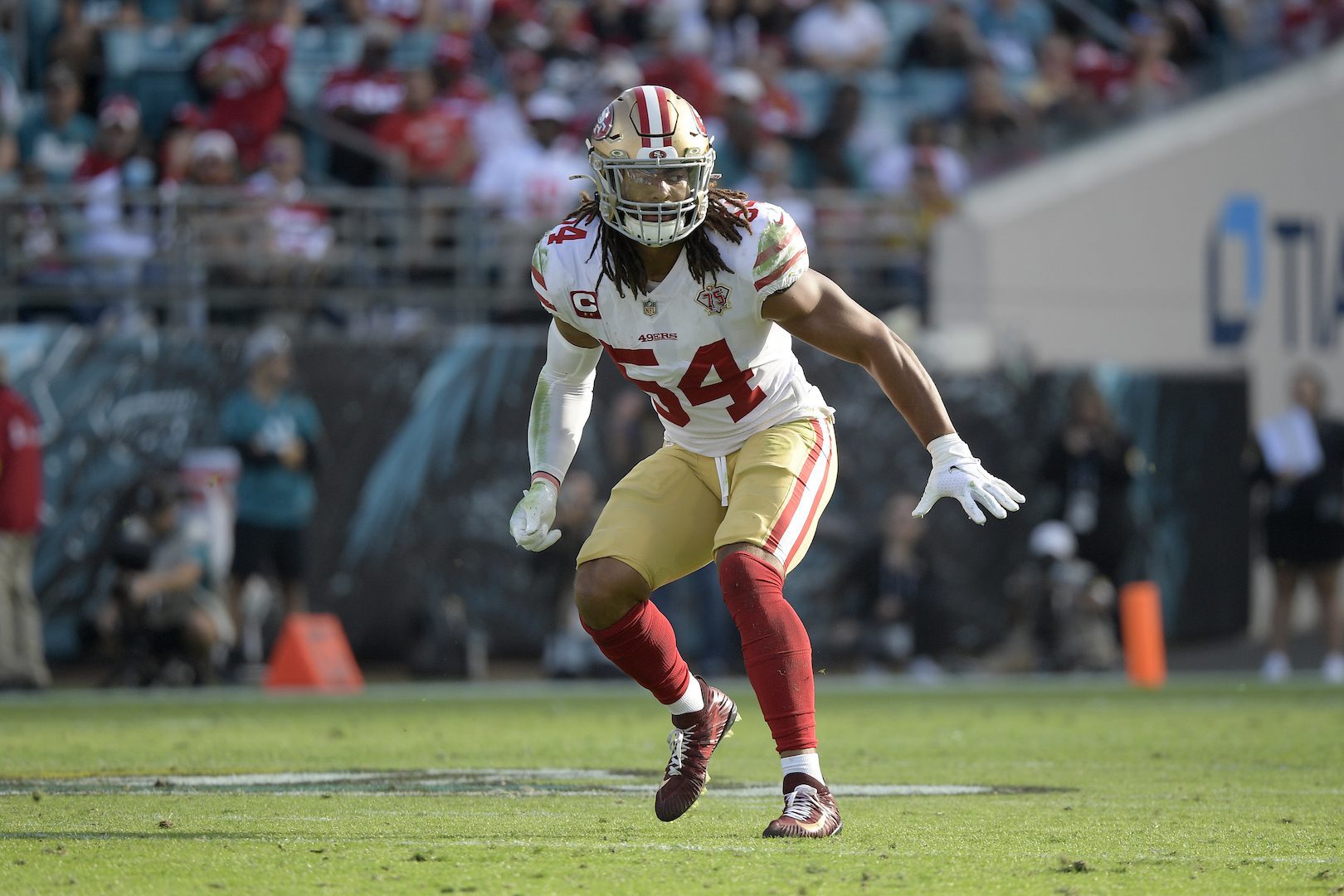 
Following up yesterday’s All-Pro selections on offense, below is our 2022 All-Pro defense, which was more debatable and includes multiple players that didn’t make the real-life AP selections.

Bosa was great last season with 15.5 sacks coming off a lost 2020 campaign, but the second year back from a torn ACL saw him take his game to another level by leading with NFL with 18.5 sacks. Even when he didn’t get to the quarterback, Bosa was impacting plays with a league-high—by far—in quarterback hits (48), and he did it despite missing a game and not always being at 100% health. Bosa is likely to win NFL Defensive Player of the Year to pair with his NFL Defensive Rookie of the Year from 2019.

Based on the first half of the season, Parsons looked like the runaway DPOY—racking up 12.0 sacks across his first 11 games through Thanksgiving and compiling six multi-sack performances over that span. But slowing to close out the regular season wasn’t enough to keep him from being an All-Pro selection, as Parsons still make a significant impact both as a pass rusher and run defender; there might not be a more terrorizing player in football.

Lawrence has been a top defensive tackle since entering the league in 2019, but he became dominant in a role that suited him better with the switch to an aggressive 3-4 defense under Wink Martindale. In addition to stopping the run at an extremely high level, Lawrence showed he can create pressure as a pass rusher by ranking in the top five in quarterback hits (28)—helping New York’s create consistent problems up front for opponents.

There are a few worthy candidates at defensive tackle, with Chris Jones (15.5 sacks) being towards the top of the list. We’re giving a spot to Wilkins, though, as he was everywhere for Miami this season—including often in the head of opponents. Wilkins nearing 100 total tackles is insane (the next closest interior defender had 74 tackles), and his hustle/effort was instrumental in getting the Dolphins into the playoffs.

As impressive as they were, the statistics don’t tell the whole story for Smith, but getting traded to Baltimore finally seemed to give him national recognition as a top-tier linebacker, and there is no denying the impact he had with the Ravens (14.7 points per game allowed in nine games). Before being traded, Smith played every single snap for Chicago and made game-changing plays to will the Bears to three victories. It’s difficult to imagine Chicago filling the hole he left anytime soon.

You can feel the difference elite linebackers like Warner make on a play-by-play basis by routinely cleaning things up on the second level, and San Francisco’s star defender is a forceful tackler in addition to being very reliable bringing down ball-carriers. Warner is also tremendous in coverage by disrupting passing lanes over the middle, and he had a career-high ten pass deflections in 2022.

He’s long been underappreciated, but the Bills signing Milano to a four-year, $41.5-million extension looks like an absolute bargain after the former fifth-round pick rewarded them with the best season of his career. Milano is perhaps the game’s best cover linebacker, and he’s been a big reason that Buffalo has had so much success defending opposing tight ends over the years. Similar to Roquan Smith’s immediate impact on Patrick Queen, Milano has made life easier on middle linebacker Tremaine Edmunds over the past few seasons.

A perfect fit in Robert Saleh’s defense, Gardner did more than live up to the billing as the No. 4 overall pick in the 2022 NFL Draft—making a strong case for being the league’s top cornerback as a rookie by erasing his side of the field. The style is completely different, but Gardner will continue to have an impact like Darrelle Revis by simply making quarterbacks look elsewhere for years to come. Having high confidence and intangibles only boosts the value Gardner brings to New York.

Speaking of confidence, Alexander might have more than any cornerback in the league—as evidenced by him essentially “calling his shot” about shutting down Justin Jefferson in a must-win for Green Bay on New Year’s Day, and then limiting the superstar wideout to zero receptions (he had one catch with Alexander not on him). While he wasn’t a complete lockdown corner early in the year, Alexander played at his best when it mattered most and remained aggressive both as a tackler and playing the ball.

Fitzpatrick missed a couple of games this season with an appendectomy and knee injury—but the fact that he didn’t miss longer (as reported he would in each case) speaks to the toughness he brings on the backend of Pittsburgh defense that limited opponents to 17 or fewer points in each of the final seven games (6-1 record). Now a three-time All-Pro, Fitzpatrick had a career-high six interceptions, and he’s proven to be a complete safety for the Steelers.

Overall, Tennessee was a major disappointment in coverage this season, but Byard again showed he’s a dangerous, playmaking free safety that stabilized the group when it was needed despite various injuries, inexperience, and inconsistency at cornerback. Byard’s best game came shorthanded in a Thursday night matchup versus Dallas to close out December with two interceptions of Dak Prescott, and he’s yet to miss a game since entering the league in 2016.