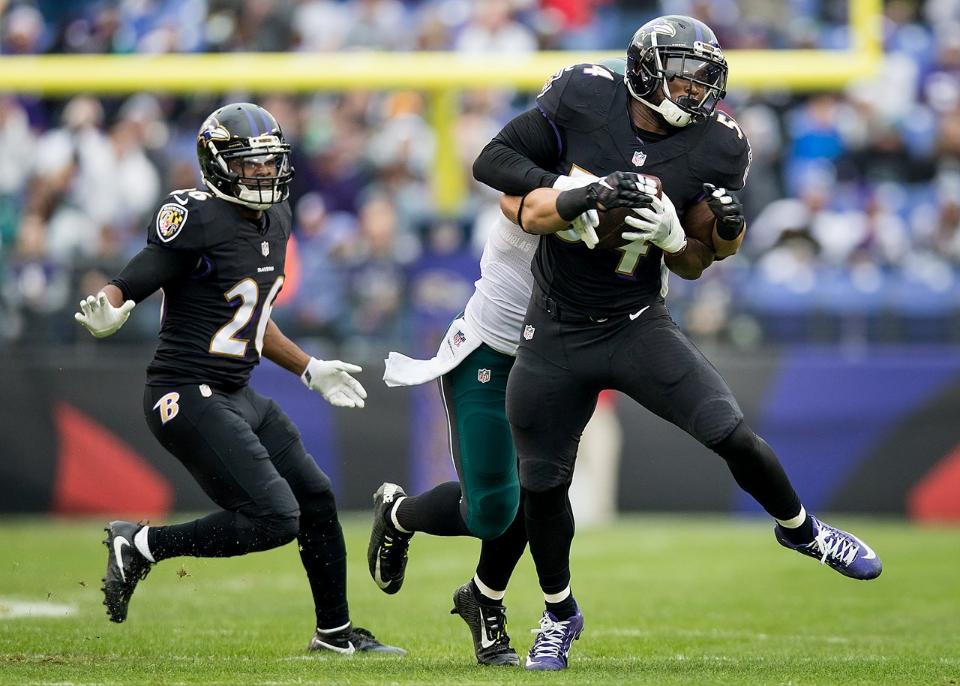 
This morning, former Ravens linebacker Zach Orr announced that he will be making an NFL comeback. In January, Orr was forced to retire due to a spinal condition, and he handled the situation as well as possible. As told to Mike Garafolo (who broke the news of Orr returning) in January, when Orr received the news from the neck specialist, Andrew Dossett, who told him he wouldn’t be able to play anymore, his first worry was about his agent, Rob Sheets:

“(Dossett) hadn’t even closed the door, and Zach turned to me and said, ‘Are you going to be OK?’ The kid was about to get the most traumatic information he’d receive in his life and the first thought he had was for his agent, not himself. If that doesn’t speak to the character of the man, I don’t know what does.”

At his retirement press conference in January, Orr showed a lot of class, despite it being a difficult situation:

"After talking with my family and talking to God, everything happens for a reason. He’s done with this chapter in my life, as tough as it may seem and as shocking as it is."

This happened after the 2014 undrafted player made Second Team All-Pro and was set to receive a nice contract extension from the Ravens. He could have felt sorry for himself and no one would have questioned it, but Orr handled it with a positive attitude. Now, he’s being rewarded and has a chance to continue his playing career.

Orr will have to pass a physical before a team signs him; but as an unrestricted free agent, there will be plenty of teams interested in the 25-year-old linebacker. As with Jeremy Maclin and Eric Decker just a few weeks ago, it’s uncommon for players of this caliber to be available at this time of year. Let’s go through some of the teams Orr might sign with.

The team that Orr spent his three seasons with and was reportedly ready to sign him to a long-term extension before he retired seems like the one that makes the most sense. They have a little under $6 million in cap space and would likely be able to afford to bring their former linebacker back. However, GM Ozzie Newsome put out a reserved statement about the return of Orr. Newsome could be playing things cool, though, as it’s hard to see the Ravens not wanting to add Orr back into their stingy defense.

This is another easy one, as ESPN’s Dan Graziano reports that Orr will visit the Lions tomorrow. With rookie Jarrad Davis and Tahir Whitehead already with the Lions, adding Orr would give them perhaps the most formidable linebacking group in the NFL. Detroit does also have Paul Worrilow, who they just signed during free agency, so there’s not a pressing need for linebacker, but signing Orr would give them a very deep group as well.

The Packers, who continue to rebuild their defense with young players, won’t find anyone better to plug into their defense than Zach Orr. Jake Ryan, Blake Martinez, and Joe Thomas are among the players that are solid players for the Packers at inside linebacker, but Orr would be a difference-maker on defense for a team trying to win another Super Bowl.

The release of receiver Jeremy Maclin helped create some breathing room for the cap-strapped Chiefs. Kansas City already has one of the  best defenses in the NFL, and Orr would make them even scarier. It’d be difficult to make an argument against the potential starting front seven of Rakeem Nunez-Roches, Bennie Logan, Chris Jones, Justin Houston, Derrick Johnson, Tamba Hali, and Zach Orr being the best in the league.

A common complaint I’ve heard from Raiders fans is that they didn’t do enough to address the linebacker spot this offseason. The team just signed Derek Carr to the biggest contract in NFL history, and have extensions coming up for last year’s DPOY Kahlil Mack and young receiver Amari Cooper, but they have a good enough cap situation to sign Orr.

Zach Orr went to college at North Texas, which is under an hour away from Dallas. The Cowboys believe they can win a championship right now, and adding talent on defense is something they’ve focused on to help them strive towards that. Fortunately, the very talented Jaylon Smith looks like he should be good to go this season after missing his rookie season with the knee injury and nerve damage he suffered in his final game at Notre Dame. The Cowboys have Anthony Hitchens in the linebacking group, but Jaylon Smith, Sean Lee (who has been injury prone, so excellent depth would be great), and Zach Orr could help elevate the Cowboys to a Super Bowl level.

There are sure to be a lot of teams interested in Orr, and he should be able to sign with a team that can contend for a championship. Hopefully the 25-year-old can sign with a team and continue to go on and have a long, successful career.