Home / frontsports / The Match II Lives Up To The Hype, Raises $20 Million For COVID-19 Relief 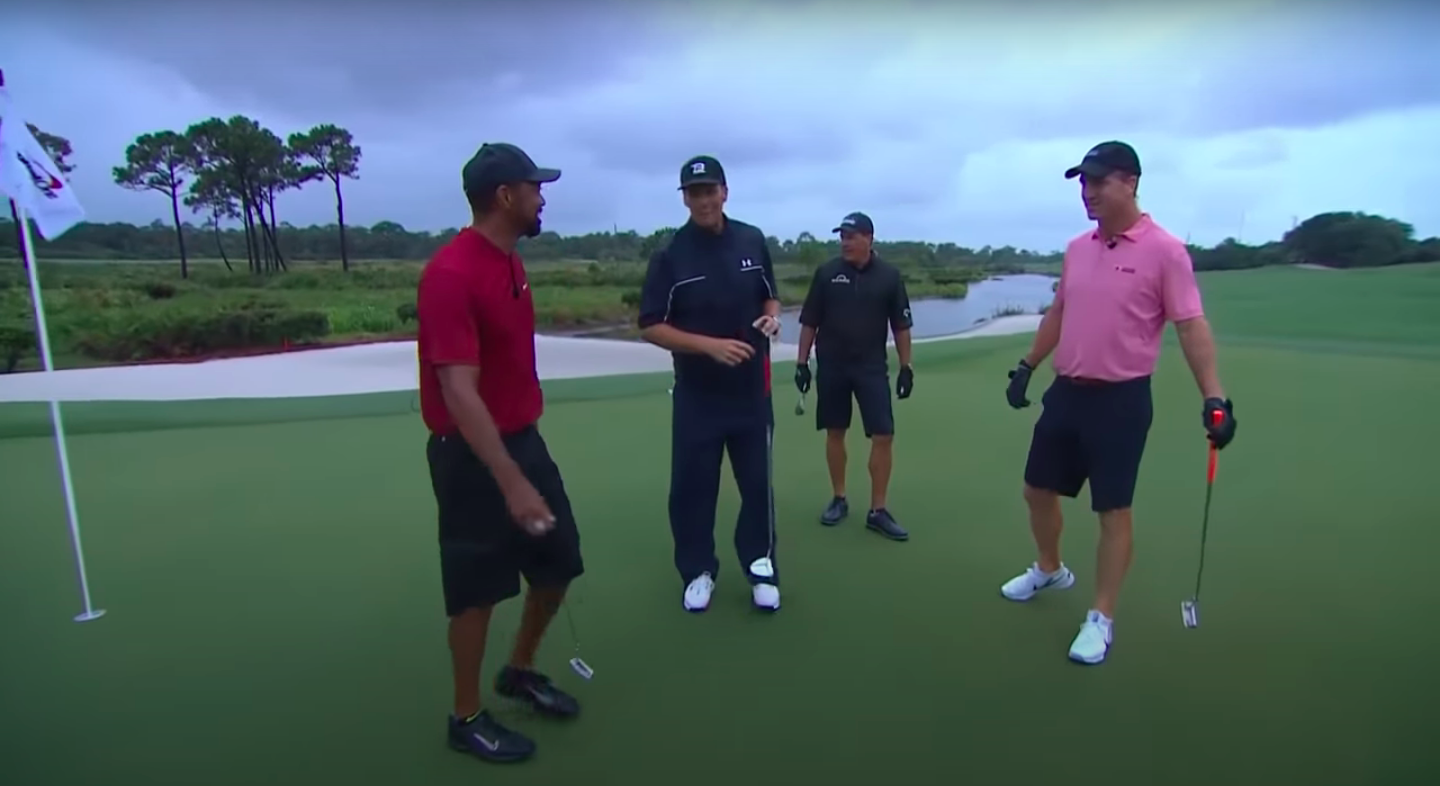 The Match II Lives Up To The Hype, Raises $20 Million For COVID-19 Relief


Four living sports legends—Tiger Woods, Peyton Manning, Phil Mickelson, and Tom Brady—hit the golf course for 18 holes of match play to raise money for COVID-19 relief yesterday. The first nine holes were the best ball format, and the back nine was played with modified alternate shot rules. The pairing of Woods and Manning won the match by just one point, and the event was highly memorable and loads of fun.

While America continues opening the country back up, many have still been stuck at home—and not much U.S. professional sports action has occurred in months. But “The Match II” with Woods, Manning, Mickelson, and Brady delivered a few hours of superb entertainment to help people get their minds off things for a moment.

The friendly-yet-competitive match saw plenty of good-natured trash talk—most of it coming from the quarterbacks, but Woods had a good jab at Brady, saying that a shot he hit on Hole 3 will be on the fairway… “on [Hole] 7”.

After the match, Mickelson said that he was a bit nervous at the beginning, and Manning said you could imagine how he and Brady felt as a non-professional golfer playing with Woods and Mickelson. Brady did not start off well, but he probably had the shot of the day on Hole 7 and clearly became more comfortable from there, instantly opening up and talking more while playing looser.

NBA Hall of Famer Charles Barkley was helping announce the match, and he had his normal hilarious commentary throughout. Barkley also appeared to light a bit of a fire under Brady before the birdie on Hole 7:

From Eli Manning (who just joined Twitter a couple of days ago) to Brooks Koepka (who jumped in and donated $100,000 after Brady hit a par on the birdie shot) to Russell Wilson (who will donate 300,000 meals after Mickelson, Manning, and Brady got within 12 feet of the hole on Hole 16), a ton of athletes live tweeted the event.

Great people, great banter, great(ish) golf … and amazing efforts for charity. What a huge success. So, can we do this again next weekend?

The event was also cool because it allowed viewers to see the personalities of the four amazing athletes a bit more via the live mics. Mickelson and Brady appeared to talk more and have better team chemistry (maybe because they had to rally together to stage a comeback), but Woods and Manning handled their business and held off a great comeback attempt after jumping to a three-point lead on the front nine.

Best of all, “The Match II” raised $20 million for charity, and people want more. Expect to see more high-profile charity golf matches into the future, and maybe we’ll even get some other activities like ping pong or Kan Jam tournaments. The power of sports was on full display yesterday, and things should be rolling at its usual maximum levels before we know it as the world works to defeat COVID-19.