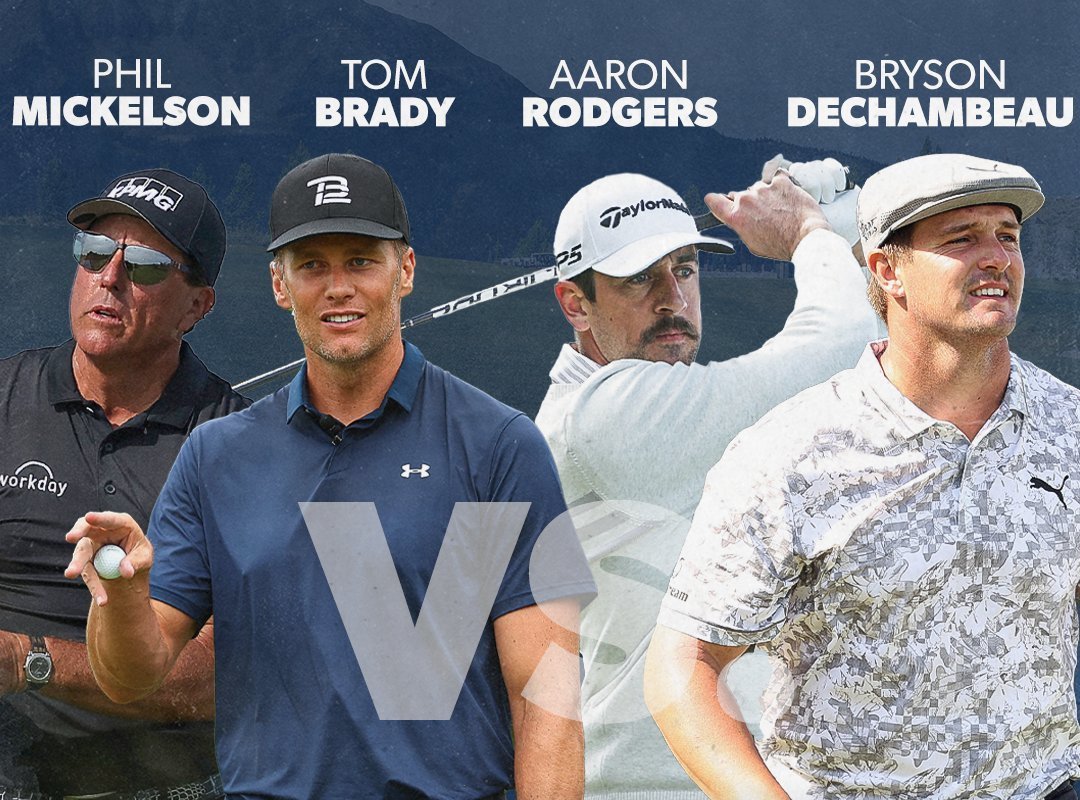 
Fresh off of Phil Mickelson’s epic PGA Championship major victory last Sunday, it was just announced that he’ll again be pairing with seven-time Super Bowl champion Tom Brady for another friendly matchup with another golfer and MVP quarterback. Brady and Mickelson will face Packers star Aaron Rodgers and bomb-hitting Bryson DeChambeau in the latest installment of Capital One’s The Match on July 6, airing on TNT.

Brady got the trash talk going already shortly after the announcement:

Expect a highly entertaining afternoon on the Tuesday after the Fourth of July. Mickelson and Brady were a great combination when the played together last year, DeChambeau is one of the most well-known players on the Tour, and Aaron Rodgers is a Super Bowl champion that’s been in the headlines all offseason while voicing his frustration with the Packers and trying out to become the host of Jeopardy!

The press release for the event reads, in part:

TNT will exclusively televise the event, to be held Tuesday, July 6, with live coverage beginning at 5 p.m. ET from picturesque Moonlight Basin in Big Sky, Montana. In addition to live televised coverage, interactive social and digital content will be available on Bleacher Report and House of Highlights leading up to and during the event.

With a focus on the importance of supporting community, Capital One’s The Match will include donations made to Feeding America, among additional charitable beneficiaries.

The Match between Tom Brady/Phil Mickelson and Tiger Woods/Peyton Manning last year raised $20 million for charity, coming at a perfect time to deliver entertaining during the COVID-19 pandemic while sports were basically shut down entirely. Unfortunately, Tiger Woods is unable to play this year after a serious car accident a few months ago.

The Tuesday at 5:00 PM ET time is a bit of a surprise, but plenty of sports fans are going to find a way to tune in.