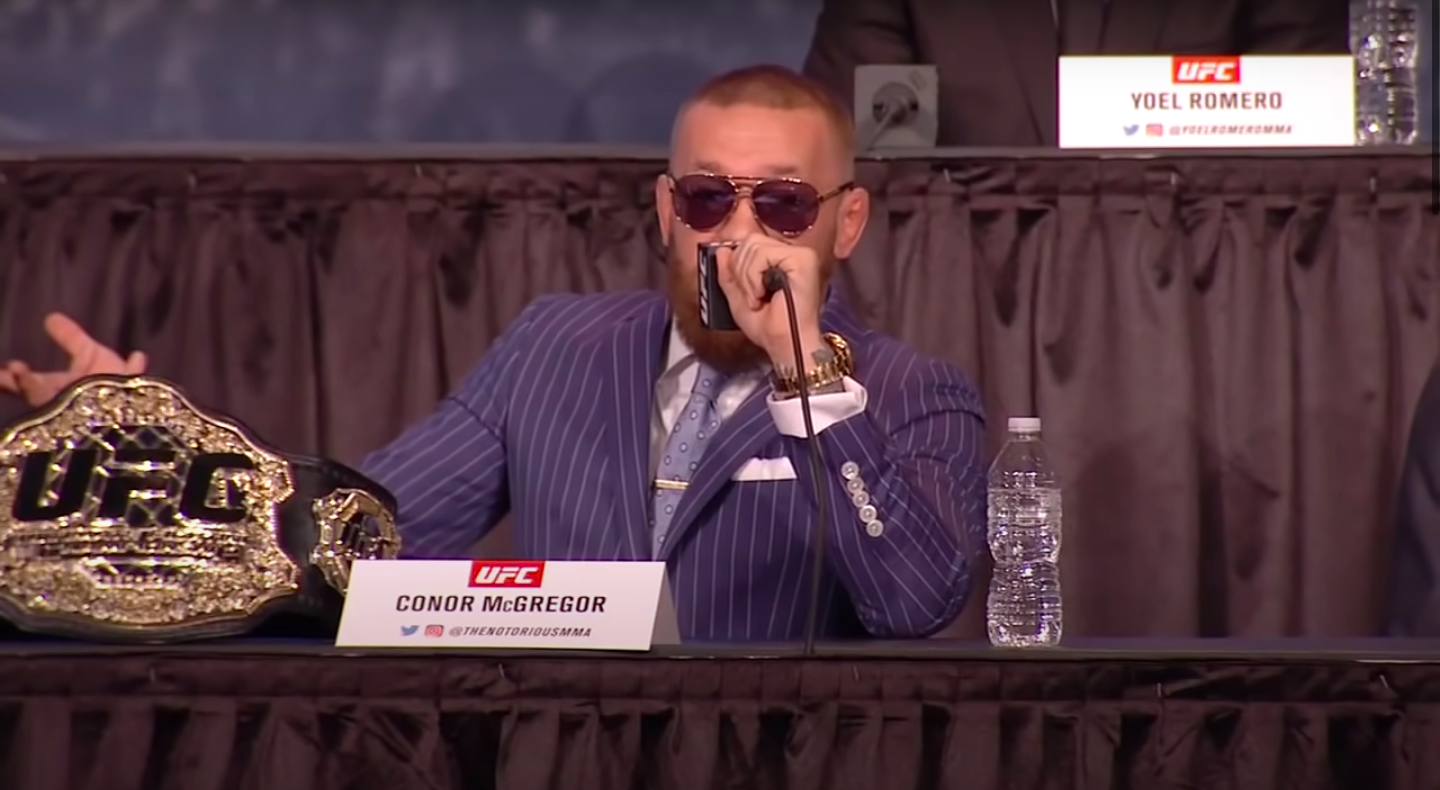 
Today’s Top Ten Tuesday picks the best trash talkers in sports history. Plenty of athletes over the years could have made this list, and the rankings are a rough mix of effectiveness and notoriety. Honorable mention goes to the NHL’s Sean Avery, who was called “King of the Trash-Talkers” by the New York Times—but it otherwise wasn’t as high profile as these other guys on the list.

A surprise appearance on the list? It shouldn’t be for anyone that’s watched Tom Brady play over the years. Like some other great trash talkers, Brady isn’t someone that’ll typically start the “discussions” with the opposition—but he’ll be the one to finish it. Super LV was a prime example, with the G.O.A.T. promising to go after Tyrann Mathieu after the safety started talking, following through by the targeting of Mathieu on a touchdown to Antonio Brown. Brady let Mathieu hear about it.

This one is pretty simple. When Mike Tyson got going, his trash talk was borderline disturbing. The best (or worst) from “Iron Mike”:

“My style is impetuous, my defense is impregnable, and I’m just ferocious. I want your heart; I want to eat his children.”

Floyd Mayweather Jr. wasn’t always a big talker, but a switch was eventually flipped, and that trash talk—paired with his tremendous ability as a fighter—helped him earn over $1 billion throughout his career. Money Mayweather’s criticism wasn’t just aimed at his opponents, extending to commentator Larry Merchant and his own father at times.

The famous post-game interview with Erin Andrews after the NFC Championship Game in January of 2014 is the major standout, but Richard Sherman is not a shy talker—even going as far as going after Tom Brady earlier in his career. In his prime, Sherman was one of the best talkers in recent years.

To not be someone that cursed yet still be regarded as one of the top trash talkers in the NFL is quite the feat. Philip Rivers might not have angered his opponents too much with his clean words, but the funny side of the unorthodox quarterback helps him land on the list.

Gary Payton is one of the most well-known trash talkers in the history of sports. It helped that Payton was an elite defender that could lock down players from the other team—it was like a double whammy to deal with a guy shutting you down and telling you about it.

“So, who’s coming in second?” Those famous words from Larry Bird ahead of winning yet another Three-Point Contest stand out, but Larry Legend carried that extreme confidence throughout his career. As one of the top players in NBA history, Bird simply talked as if he couldn’t be stopped.

For as good of a trash talker Gary Payton might have been, he couldn’t be at his best in terms of talking against Michael Jordan. MJ told his opponents what he was going to do, and then he did it—including when he humbled a then-rookie Payton in 1990. The Last Dance documentary released last summer gave an inside look at Jordan’s ability as a trash talker, and it (like the entire documentary) did not disappoint.

The great Muhammad Ali was a very smart person, and that translated to top-notch trash talk throughout his legendary career. That said, Ali would get personal with his targets, which was effective if not unbecoming. The talk could turn from relentless to poetic for Ali:

“Float like a butterfly, sting like a bee. His hands can’t hit what his eyes can’t see. Now you see me, now you don’t. George thinks he will, but I know he won’t.”

Conor McGregor has become a superstar athlete and the highest paid in the world (thanks to business ventures, boosted in large part due to his popularity, which was sparked by his brash personality). From his numerous MMA fights to the Floyd Mayweather boxing bout to smacking people down on social media, the sharp McGregor is tough to beat when it comes to trash talk—and he apologizes to absolutely nobody. It helps that social media has exploded during McGregor’s career, but you can argue that no one has delivered more memorable quotes than the UFC star. McGregor even laid down one of the most hilarious insults across sports, demolishing Draymond Green on Instagram.