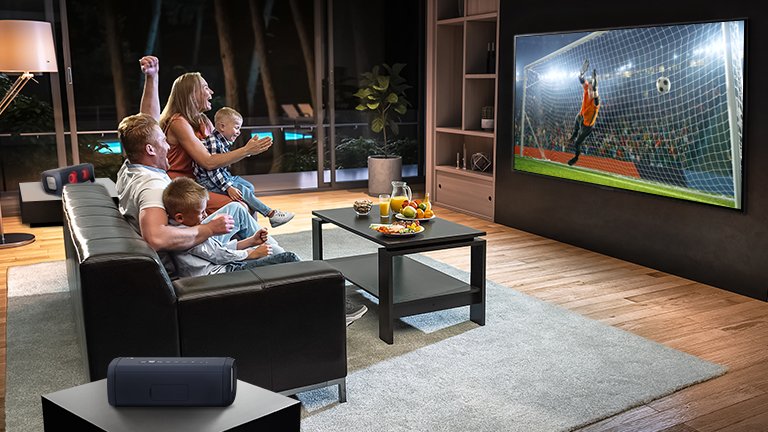 
College football is underway, and the NFL kicks off in less than a week. There’ll be 4K UHD games for both, and many of you may be in the market for a new television. These are the top choices to consider if making a purchase this Labor Day weekend. Happy watching!

OLED televisions deliver perfect black levels so that dark scenes and shadows look as realistic as possible, which is awesome for movies and television shows—but OLEDs are also the best option overall and for sports. LG versus Sony is the biggest debate for premium televisions, but the LG OLEDs offer the better value (and arguably the better picture, too) and are the top choice. There are a variety of options in LG’s OLED series, but the C1 offers the same picture quality as the higher-priced options—for example, the G1 is a “Gallery Design” that looks a bit like an art piece, while the C1 is a television without extra frills like that. Watching football on an LG OLED in 4K HDR will almost make it look like you are there at the stadium.

Sony positions itself as the best option in the market, so they are priced higher than the LG’s with very similar picture quality. There are differences (not so much as in quality but in how it is presented due to the different processors); so, if possible, it might be a good idea to go into an electronics store like Best Buy that showcases the televisions and see if you prefer the Sony OLEDs. The BRAVIA XR A90J is Sony’s top-of-the-line choice.

A step down in price (the OLEDs are the costliest televisions) is the QLED, pioneered by Samsung. These televisions deliver great brightness and have been highly acclaimed for their performance with video game consoles. The QN90A (available in five sizes from 50” to 80”) is the best traditional model, but Samsung also offers a QLED designed for outside (“The Terrace”) that helps against sun glare.

If you’re looking to buy a new television without breaking the bank, a Vizio V-Series might provide the best value for a massive 4K screen. You can currently get a 75-inch V-Series for just $900. However, if you care strongly about picture quality, I highly recommend saving your money and building up to purchase an OLED at some point—it really isn’t a match between the top OLEDs and the 4K televisions under $1,000. But if you don’t care too much about picture quality and just want to upgrade from an old television to a 4K unit, Vizio is a good budget choice.

If money is no object, there’s no better current purchase than LG’s SIGNATURE ZX 8K OLED television. It costs $20,000 or $30,000 for the 77-inch or 88-inch monster TVs, but the picture quality (upscaling content even greater to the 8K level) will blow you (and your guests) away. 8K content is extremely limited, but your 4K content will look as good as possible while watching on LG’s best offering.