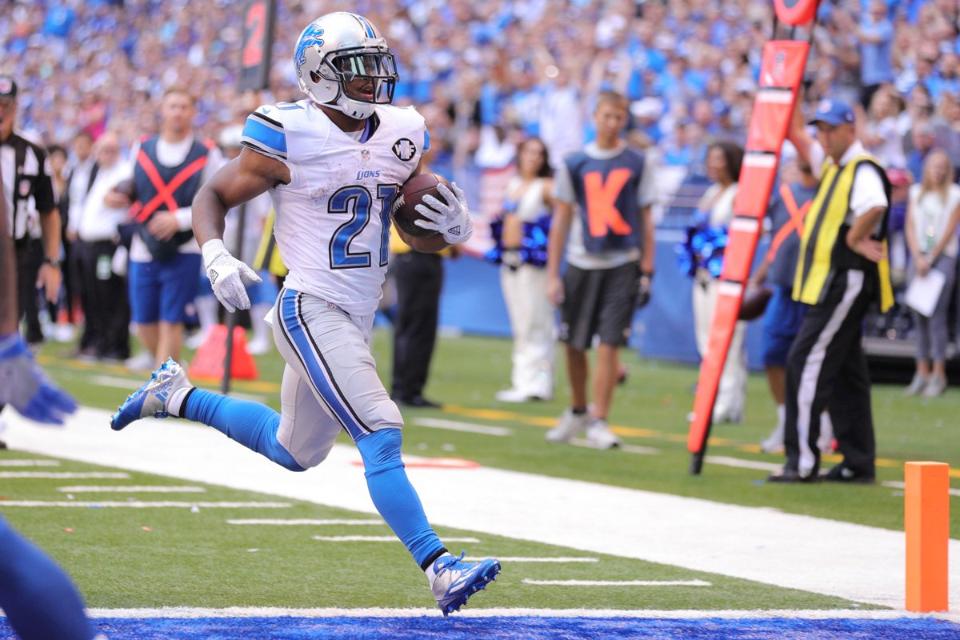 2017 Dynasty League Buys/Sells At Running Back


If you missed Buys/Sells at quarterback, you can find them here. Remember, these are for dynasty leagues.

Last year, Abdullah was a big contributor for Detroit before a foot injury ended his season in Week 2, as he rushed 12 times for 63 yards and caught five passes for 57 yards and a touchdown in his lone healthy start. He was on his way to another nice game the next week, too, rushing six times for 38 yards before the injury. The Lions have Theo Riddick to catch passes and Zach Zenner to operate as a change-of-pace, but Abdullah is just 23-years-old and should be the running back of 2017 and the future for a good offense.

A big play waiting to happen, Tevin Coleman has 12 career touchdowns in 25 career games, despite starting just three of them. Devonta Freeman is looking for a new contract, and voiced concerns about it during Super Bowl week, which probably didn’t sit well with the front office. I think Coleman might be an even better player anyway, and he could have the backfield to himself by as soon as 2018 if Freeman goes elsewhere.

I was advising to sell on Crowell in 2016 after his hot four-game start, and he cooled off significantly after that; excluding Week 17 against the backups of the Steelers, Crowell rushed 118 times for just 406 yards the rest of the way, good for 3.44 yards per carry. That being said, the Browns beefed up their offensive line to create a potential bully this offseason, and the team added no real backfield competition for Crowell, who could play his way to a big contract this season.

He only averaged 3.9 yards per carry in his breakout season, so if there is anyone in your league still not sold on Gordon, you should take him off their hands, as the Wisconsin product was consistently forced to make guys miss in the backfield because of poor offensive line play. Still, he proved to be one of the best goal line backs in the league, and made great strides as a pass catcher. This season should be easy for him after the Chargers drafted a couple guards on the second day of the draft, and his long-term outlook is better than ever.

At 29-years-old, DeMarco Murray should still have at least one more year of elite, workhorse production in him, but it will be hard to keep a talent like Derrick Henry off the field for long. As far as 2017 goes, the Titans will probably mix their bruising backup in a little bit more to keep their veteran starter fresh down the stretch. For 2017 and beyond, Henry would be an immediate RB1 if he were to step into the starter’s role, and now could be your chance to acquire him at a discount in your league.

Freeman has finished as the RB1 and RB6 over the past two years, but he has benefitted from an explosive offense in Atlanta. As I said for Tevin Coleman above, I think Coleman might be even better than Freeman, and Freeman could be headed for a contract dispute with the Falcons. Also, after missing a key block in the Super Bowl, the team might trust him less on passing downs this year. If Freeman doesn’t re-sign with Atlanta, it is highly unlikely he would see an increase in fantasy value elsewhere.

After rushing for 1,124 yards (5.1 YPC) and nine touchdowns as a rookie in 2014, Hill has been saved by his touchdowns (21 total) over the past two seasons as his efficiency fell off a cliff. The Bengals aren’t waiting around and hoping that he returns to his rookie form though, as they drafted Joe Mixon in the second round last month. Unless Hill gets traded to the Eagles or someone else with a hole at running back, he’s going to be a backup.

Rob Kelley is another player that saw his team draft a running back, as the Redskins selected Mixon’s college teammate Samaje Perine in the fourth round of the draft. For as talented as Mixon is, Perine was acutally the starter for the Sooners, breaking the all-time career rushing record for Oklahoma, bettering greats like DeMarco Murray, Adrian Peterson, and Billy Sims. It’s anyone’s guess who the starter will be—especially after Kelley showed well last year as a rookie—but Perine is a definite threat.

Giants head coach Ben McAdoo has already declared Perkins the starter for 2017, but jobs will be won on the field and not in press conferences. Perkins played pretty well behind a weak offensive line, but I think Wayne Gallman, who the Giants drafted in the fourth round, will eventually become the starter and have success. The Giants have also been connected to LeGarrette Blount and loosely connected to others, so selling fellow owners on the fact that McAdoo called Perkins the starter could be the best way to get value out of him in dynasty leagues.

Seeing a running back drafted seems to be a theme here, as Stewart’s value took a giant hit with the selection of Christian McCaffrey eighth overall by Carolina. Yes, Stewart was more efficient with DeAngelo Williams with him in the backfield, but he was also a lot younger. The veteran will see his playing time—and might even be the starter in name—but this will be McCaffrey’s backfield.