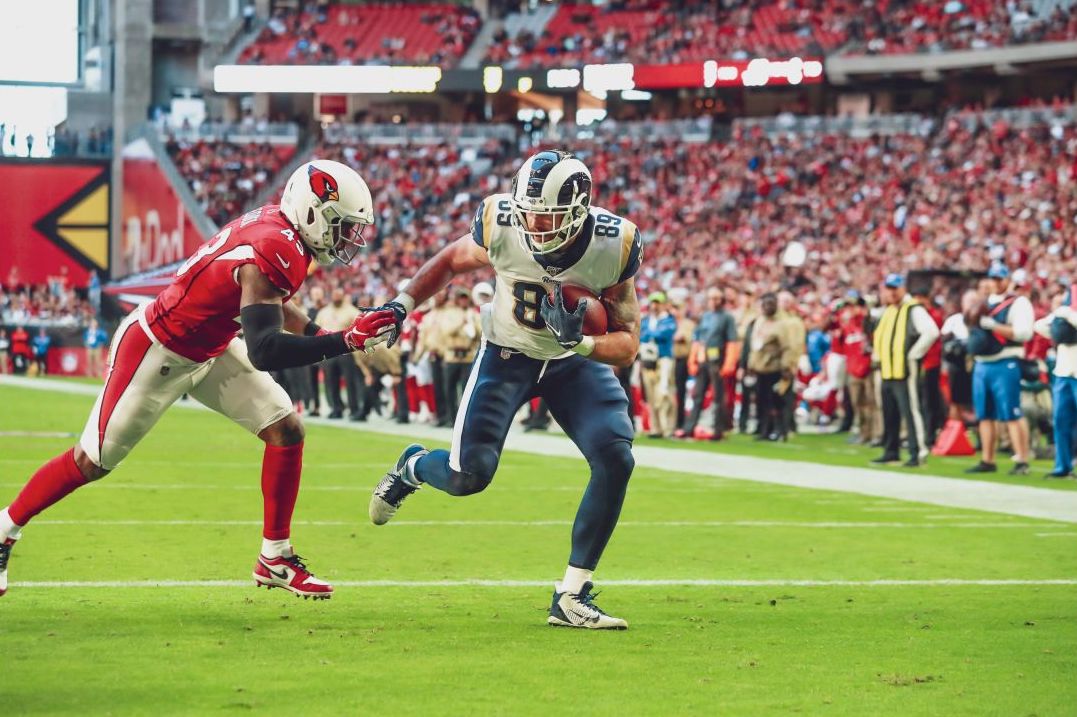 
This week’s fantasy football mock draft using the FantasyPros draft simulator will be a little different: a 12-team auction draft with PPR scoring. [Note: players I nominate will be in italics; players I draft will be in bold]

Thoughts: Alvin Kamara looked like the best value of the round and I probably should have just double-downed at running back, but I’ll take Lamar Jackson as my quarterback—which I had no plan to do; he just was too good of a value to pass up.

Thoughts: I nominated Cooper—like Christian McCaffrey and D.J. Moore before him—to get others to bid higher, but he actually came in cheaper than I thought, especially looking at the run after him. Allen Robinson was the closest I came to a pick, but I capped it at $25.

Thoughts: There hadn’t been a running back nominated for several picks, so Bell was chosen with the hopes that he would be pushed up some. I’ve made some bids over the past couple of rounds, but it’s important to remain patient.

Thoughts: I was willing to go as high as $18 to get the stack of Brown and Lamar Jackson, and then I tried sneaking through Mark Andrews right after but capped it at $15. I like Woods as a complement to Hollywood’s potential volatility in full PPR leagues.

Thoughts: I’m not going to stay I’m mad about having Lamar Jackson on my team for a very reasonable $28, but seeing Russell Wilson go for single-digits hurt some. We’ll see who I can get for $1 later on after declining to bid on Jerry Jeudy.

Thoughts: I went up to $8 for the bid on Higbee in a full PPR league, but Waller for $7 just a couple of picks later was another value that stung. Fortunately, I still have by far the most capital to play with to create a balanced roster the rest of the way.

Thoughts: I didn’t think I’d be able to get Lamb for just $2, but that’s what happened, and the roster has a good chunk of the Dallas passing attack; for $9, I could have a steal if Amari Cooper ever misses time. Akers as my RB3 for $4 is strong value.

Thoughts: I obviously didn’t need a quarterback with Lamar Jackson there, but I have the money to pair Goff with my collection of Los Angeles weapons as an insurance policy.

Thoughts: Getting Samuel for just $3 freed me up to overpay for my final two position players—Howard and Cooks—so I really like how things played out; the biggest change I would have made is paying big money for another stud running back, but Edwards-Helaire and Mixon should carry me.

Thoughts: I can spend my final $1 on any kicker, so there was no sense messing around with anything less than a max $6 bid for Pittsburgh’s defense (my top unit) after others pushed them to $3.

Thoughts: Another team could have bid $2 on Butker and forced me to go elsewhere, but I’ll take him to fill out my roster. The rest of the draft will proceed without me nominating players.