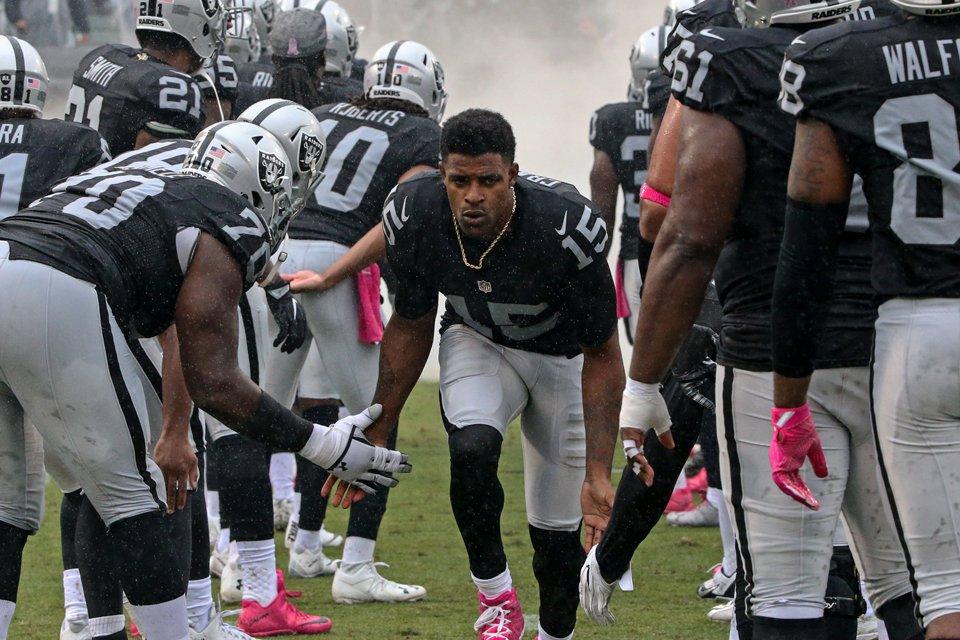 After making the playoffs in 2016, the Dolphins look like a team on the rise, and head coach Adam Gase’s commitment Ajayi is a big reason why. Gase said he wants to give Ajayi 350 carries this season, which—if he keeps his 4.9 yards per carry clip—would be good for 1,715 rushing yards. With a talented trio of wide receivers and another year to learn the offense for Ryan Tannehill, Miami’s potentially-potent attack should lead to more scoring opportunities for the 24-year-old back.

Tyreek Hill, currently being drafted as the 24th player at his position and rising, will not finish as a top-30 fantasy wide receiver.

The surprising release of Jeremy Maclin last month caused Tyreek Hill’s stock to rise, and he will probably be drafted safely as a WR2 by the end of August (which is the earliest people should be drafting). It will be difficult for the explosive playmaker to replicate the success he had as a rookie, though, when he scored 12 total touchdowns, as defensive coordinators will surely be keying on him.

Antonio Brown and Julio Jones will each have their best fantasy season ever.

The two best receivers in the game have put up record-breaking numbers in recent years, and they each have something working for them this season. Antonio Brown will have the benefit of Martavis Bryant being on the field (hopefully) for 16 games, as AB’s 21 games with Bryant would be a 142.5/1,813/12.2 line in 16 games, while Julio Jones should be targeted more in the red zone with Steve Sarkisian as offensive coordaintor.

Carson Palmer, currently being drafted as the 21st player at his position, will be a top-eight fantasy quarterback.

We are not long removed from Palmer’s MVP-caliber 2015 season where he threw for 4,671 yards, 35 touchdowns, and 11 interceptions. Last season, neither John Brown nor Michael Floyd were reliable targets for different reasons, but Palmer still put up some decent numbers. Floyd is now in Minnesota, but if Brown’s health issues are under control, Palmer will have some nice weapons with Larry Fitzgerald, “Smokey,” and David Johnson at his disposal.

Philip Rivers, currently being drafted as the 15th player at his position, will be a top-five fantasy quarterback.

You can read all about why Rivers is my undervalued fantasy quarterback for 2017.

All it will take for Agholor to step into a featured role on the Eagles offense is an injury by Alshon Jeffery, as I am not even sure that Torrey Smith will make the team and Jordan Matthews is more of a complimentary player. Agholor has the explosiveness, route running, and work ethic to make a third-year leap.

Matthew Stafford, who was the QB7 in 2016, will not finish as a top-20 fantasy quarterback.

Stafford saw the offense get more conservative down the stretch, as his only game with more than 19 fantasy points after Week 6 was against a weak Saints secondary in Week 13. Detroit should have a healthy Ameer Abdullah to give the offense more balance, which could help, but a brutal schedule to start the season (v ARI, @ NYG, v ATL, @ MIN) will probably have Stafford on the waiver wire by October.

Michael Crabtree, who was the WR11 in 2016, will finish not finish as a top-30 fantasy wide receiver.

Crabtree has enjoyed a career rejuvenation since joining the Raiders in 2015, but Oakland added a lot of talent to the offense this offseason, which will likely impact the veteran’s numbers. Marshawn Lynch replacing Latavius Murray is basically a wash, but Cordarrelle Patterson and Jared Cook will see their touches. Plus, Amari Cooper could be primed for the superstar season people are waiting for.

Currently ranked as the 31st player at his position, Jared Goff will be a top-15 fantasy quarterback.

Anyone proclaiming last year’s first-overall pick as a bust is crazy, as Goff was making the transition from a spread offense at Cal, had the distraction of a franchise relocation, and his head coach was fired during the season. New head coach Sean McVay and his offensive staff will be way more prepared to set up Goff for success than the previous regime, and he was the first overall pick for a reason.

Jordy Nelson will finish with more fantasy points in 2017 than he did in 2016.

It is remarkable that Nelson was the #1 fantasy receiver in his first year back from a torn ACL, and he should be even better this season. Jordy has chemistry with his quarterback that is second to none, so even if he doesn’t quite get his vertical game back, Nelson will be right at the top of the wide receiver rankings every week. The 32-year-old has averaged 87 catches, 1,338 yards, and 12.5 touchdowns over his past four healthy seasons.