WOLF SPORTS ALERT There may be temporary bugs due to site performance upgrades. Thank you for your patience!
Home / frontfantasy / Deep Fantasy Sleepers To Keep An Eye On This Preseason 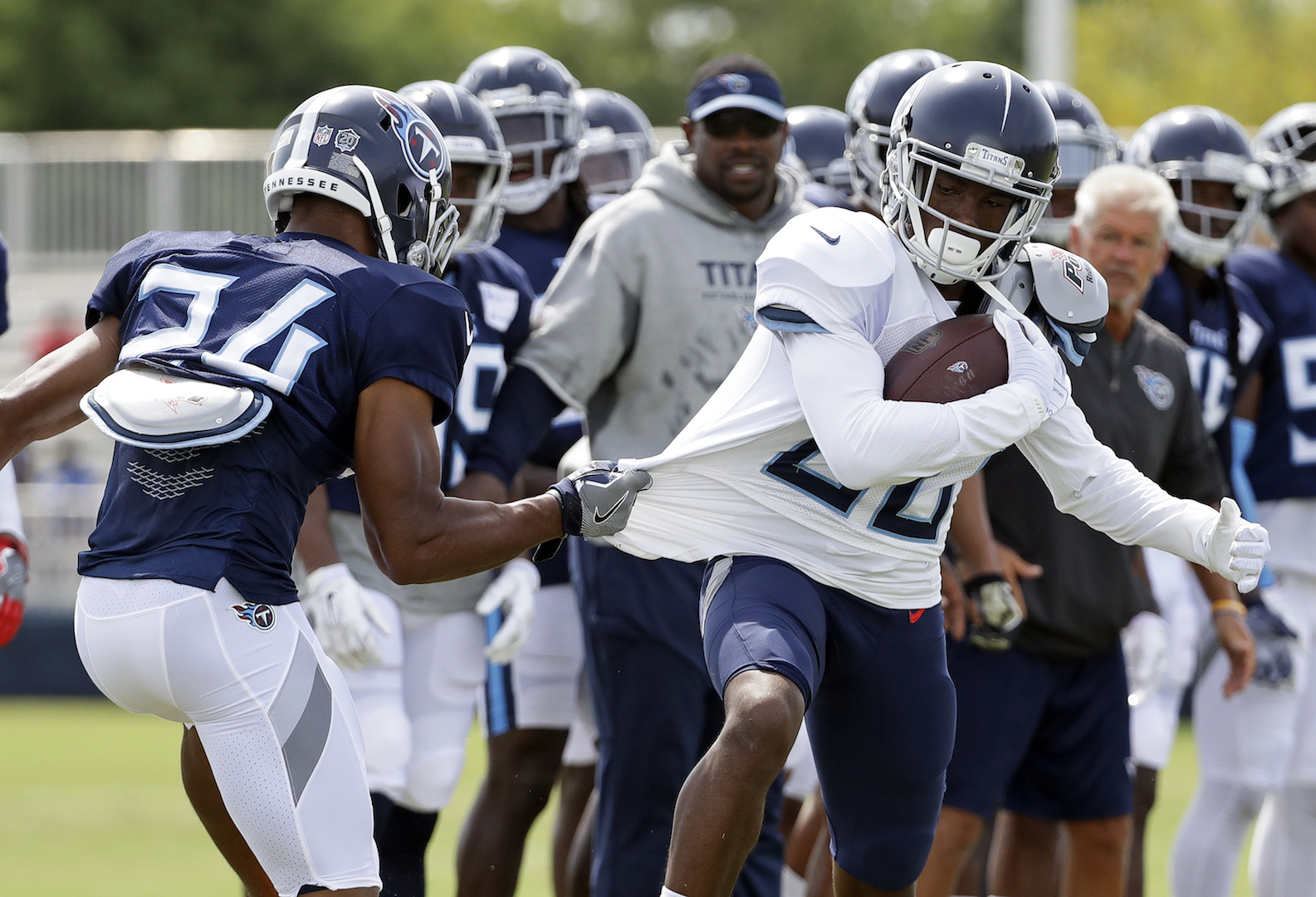 Deep Fantasy Sleepers To Keep An Eye On This Preseason


In today’s technological world where information is at the tip of your fingers, “sleepers” probably is no longer an accurate term, as everyone basically knows everyone. Still, there are players flying way under the radar (not ranked in FantasyPros expert consensus rankings) that have a legitimate chance of making an impact in 2018, and a strong preseason would only increase those chances. Here are eight guys to keep an eye on this month with exhibitions kicking off tonight.

There’s been plenty of praise for Marcell Ateman coming out of Raiders camp, as he has apparently been heavily targeted by all the quarterbacks, and Jon Gruden said he’s consistently making plays. The rookie was drafted in the seventh round and doesn’t have an immediate path to playing time, but Martavis Bryant is one off-field mistake away from a year-long suspension, which, if it happened, could lead to Ateman splitting time as the team’s No. 3 receiver. Getting snaps alongside Amari Cooper and Jordy Nelson while while playing under one of the best offensive coaches in football would be a great situation.

It’s unofficial, but Aaron Burbridge is listed as a second-string receiver on the team’s depth chart, which suggests he has an edge on Kendrick Bourne and Dante Pettis for snaps behind Marquise Goodwin and Pierre Garcon. The former Michigan State receiver caught seven passes for 88 yards as a sixth-round rookie in 2016 before missing all of last season with a hamstring injury, and if Jimmy Garoppolo is San Francisco’s version of Tom Brady, Burbridge could turn into a star if he sees the field.

Sam Darnold’s favorite college target appeared to be only fighting for a roster spot when he signed with the Titans as an undrafted free agent, but with Rishard Matthews still on the PUP list and Taywan Taylor impressing on the outside, it wouldn’t be surprising to see Deontay Burnett win the slot job outright. Plus, even if he doesn’t start, the injury history of the entire receiving corps could get Burnett on the field sooner rather than later.

There are running backs coming up, but another receiver to keep an eye on this month is Simmie Cobbs Jr. in Washington. Similar to Tennessee’s wideouts, the Redskins aren’t exactly a picture of consistency or durability, particularly Josh Doctson. Cobbs is a big target similar to Doctson, and he could thrive in a possession/red-zone role alongside Paul Richardson and Jamison Crowder.

The Texans are very thin at running back with D’Onta Foreman still recovering from a torn Achilles, so Lavon Coleman is a name that everyone should keep in mind over the next few weeks and into the regular season. Coleman doesn’t have a lot of tread on his tires with barely 400 total touches in four years at Washington, but he has size at over 230 pounds that could make him a factor in short-yardage situations for an explosive offense.

It seems like every year, Christine Michael is slated for a breakout, but people have finally given up on him after he spent 2017 on injured reserve. However, he is still theoretically in the prime of his career at 27, and Frank Reich will use multiple backs and ride the hot hand, which gives Michael a chance to make a fantasy impact if he’s on the final roster.

The same could be said for Matt Jones, who is likely competing with Josh Adams, Wendell Smallwood, and Donnel Pumphrey for one running back spot behind Jay Ajayi, Corey Clement, and Darren Sproles. The former third-round pick is just entering his age-25 campaign, and he has the physical tools to be a stud behind Philly’s offensive line if he’s given the opportunity. He will have to outplay his peers in preseason action, though.

Wims got a bit of a head start when he was arguably the best player on the field in last week’s Hall of Fame Game with seven receptions for 89 yards, and the rookie is a SEC-tested possession receiver that can do damage both out wide and in the slot. He has Allen Robinson, Taylor Gabriel, Anthony Miller, and Kevin White ahead of him on the depth chart, but one or two injuries could give him into a significant role in Matt Nagy’s offense; and he might simply force himself onto the field if he builds on the momentum of his debut.